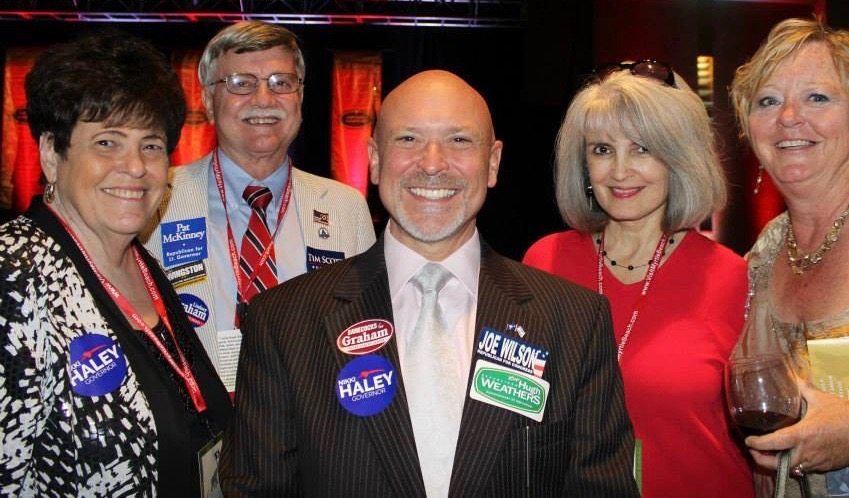 What is the going rate for one of S.C. Rep. Alan Clemmons‘ infamous Taiwanese neckties?  We know the liberal Mormon lawmaker from the “Redneck Riviera” has spent tens of thousands of dollars on these so-called “gifts” over the years, but what are they actually worth?

Well, one of our Upstate, S.C. readers recently found a Clemmons’ tie at their local Goodwill store for twenty-five … cents. 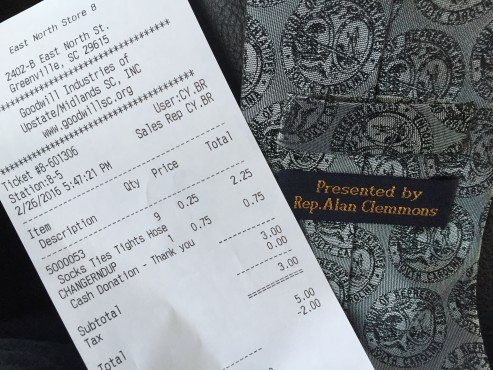 Clemmons’ neckties (and scarves for the ladies) – which he has paid for in the past with campaign funds – have been criticized by South Carolina ethics watchdogs as unlawful expenditures.  But now these “gifts” – and their method of delivery – have become part of a brewing national scandal.

“(Clemmons) gave them out right before voting,” one source told us.

These district delegates promptly made Clemmons the leading vote-getter at their convention – meaning he has been chosen as one of South Carolina’s fifty delegates to the 2016 national convention in Cleveland, Ohio.

“Is this bribery?” one coastal GOP activist wondered.  “I think so.  (It’s) giving each voter something of value and then asking them to vote for you.” 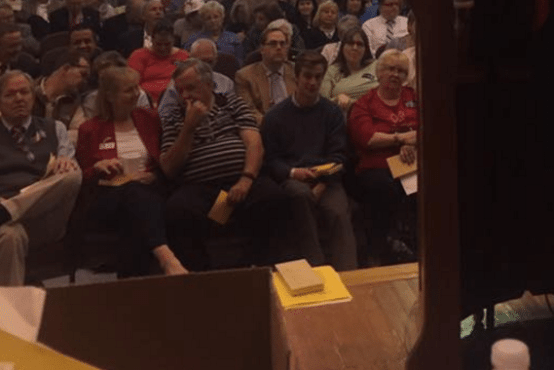 In fact, one of the images shows the boxes actually sitting on the same table where the votes at the convention were being cast. 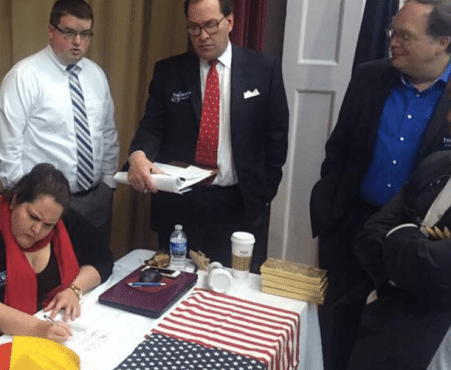 Why does this matter?  Well, Clemmons is part of the ongoing national effort to deprive GOP frontrunner Donald Trump of the delegates he needs to win the “Republican” presidential nomination.  In fact the diminutive state legislator has made it clear he won’t commit to Trump even though “The Donald” captured a whopping 43 percent of the congressional district’s vote during the February “First in the South” presidential primary.

“He is pretending he has not decided who he supports but I heard he is for Kasich,” one of our sources said, referring to Ohio governor John Kasich.

What percentage of the district’s vote did Kasich receive?  Six percent.

Some delegates to the S.C. seventh district convention tell us they are less concerned with Clemmons’ ties and scarves than the visual of a sitting state lawmaker handing out unopened boxes to delegates prior to them casting votes for him.

“I don’t care about the goddamn ties I want to know what else was in those boxes,” the source told us.

That’s an interesting point … although even if the boxes were full of nothing but “certified S.C. grown” air (or a tie you can purchase for a quarter), it’s still a problem.

Ordinarily, the selection of delegates to a national convention is purely ceremonial.  Not this time, though.  With the GOP establishment on a mission to deny Trump the nomination, every delegate matters.  And any scandal involving any delegate matters a great deal …