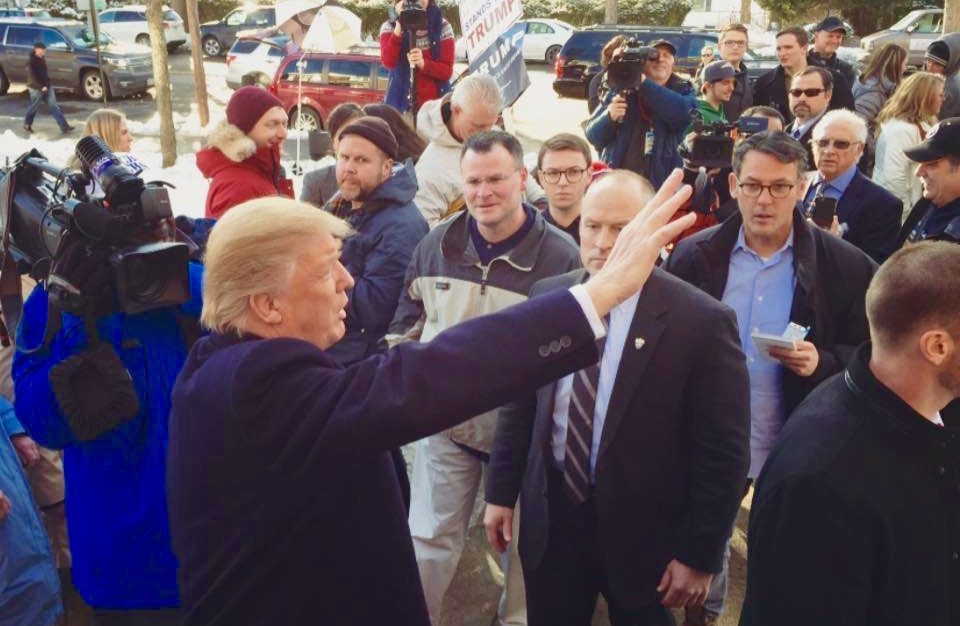 Donald Trump was the runaway winner of the New Hampshire GOP presidential primary – easily outdistancing a trio of establishment “Republicans” as well as U.S. Senator Ted Cruz of Texas, who narrowly (and controversially) won the Iowa Caucus last week.  In fact Trump appeared poised to more than double up his closest competitor … a margin that should give his campaign a big boost heading into early-voting South Carolina, where he also holds a large lead in the polls.

Also called early?  A big win for independent socialist U.S. Senator Bernie Sanders of Vermont, who was declared the victor of the Democratic primary over presumed 2016 Democratic nominee Hillary Clinton.