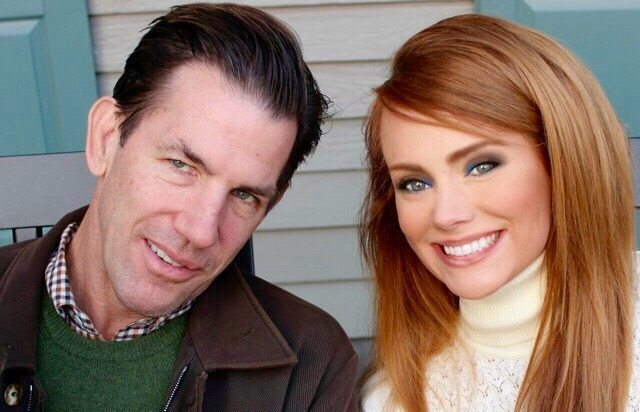 Filming for the third season of Bravo TV’s Southern Charm wrapped weeks ago, but the drama associated with the South Carolina-based reality television program has shown no signs of stopping.

The latest?  A major dust-up between the show’s off-again, on-again, off-again, on again lead couple – comprised of 53-year-old playboy Thomas Ravenel and 24-year-old model Kathryn Dennis, the scion of two of the Palmetto State’s most prominent political families.

FITS has spoken with several sources close to the show, who tell us there has been a flood of legal activity in the aftermath of Ravenel and Dennis’ latest relationship implosion – which occurred over the Christmas vacation.

During that dispute, Dennis accused Ravenel of infidelity.  He responded by accusing her of using drugs – while pregnant.

Take a look at one of the interactions on social media … 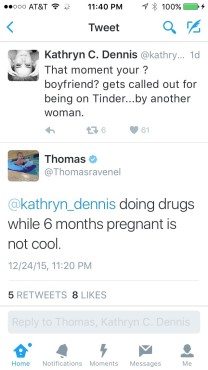 Ravenel’s alleged infidelity is obviously no secret.  For starters, there was this bizarre incident in Destin, Florida back in August involving a woman he claimed was a top secret government agent.   Prior to that, there was another “mystery woman” who was accused of sleeping with both Ravenel and Dennis.

Sources close to the show tell us this “mystery woman” is still in the picture – although it’s unclear exactly what transpired between her and the two Southern Charm stars.

What is clear?  The latest battle between Dennis and Ravenel is much bigger than just a few angry tweets.

“Lawyers are involved,” one source told us, adding that there is a wealth of incriminating information that would likely be made public in the event of a protracted court battle involving the co-stars.

Who would get burned in the event all of the couple’s dirty details were exposed?

Of course the ensuing controversy would likely lead to another ratings spike … which may be the point of all this.

The combative relationship between Ravenel and Dennis – who have two children together – has been the focal point of Southern Charm, not to mention the driving force behind the show’s second season ratings boost.  Of course the program’s popularity failed to translate into electoral success for Ravenel – who attempted to revive his political fortunes with an independent U.S. Senate bid in 2014.

That campaign, um … didn’t work out.

We reported exclusively back in July that Southern Charm would be renewed for a third season.  Two months earlier, we were the first website to report on the rumors surrounding Dennis’ second pregnancy.