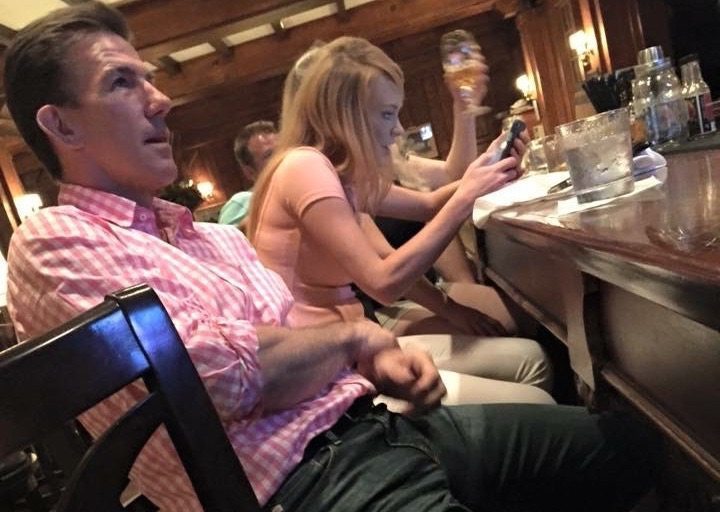 || By FITSNEWS || The season two finale of Bravo TV’s Charleston, S.C.-based reality show Southern Charm drew a whopping 1.7 million viewers – easily the high water mark for the franchise.  That’s an 11 percent increase from the first season’s finale, according to a press release from the network.

The show – which stars 52-year-old former South Carolina treasurer Thomas Ravenel and his 23-year-old girlfriend Kathryn Dennis – televised its second season “reunion” episode this week, signaling the network is likely to renew the show for a third season.

Most of this year’s reunion episode was devoted to Ravenel and Dennis’ bickering, including a heated exchange in which Ravenel threatened to “destroy” Dennis in court.  Her retort?

“You f*cked a lesbian while we were together!”

His response to that?

“Oh, the same lesbian YOU were with?”

Of course while the couple’s off-again, on-again, off-again, on again relationship was melting down on television, Ravenel and Dennis were getting along famously – watching the Southern Charm reunion episode together (above) at the The Willcox, an exclusive Aiken, S.C. hotel where the couple has been staying during polo season.

“Definitely together,” one of our sources says.  “They have been in Aiken for almost a month plying polo.  She was at the polo dinner with him and at every polo game and all over town at dinner.  She had her feet in his lap last time I saw them out together and was like rubbing all over him.”

Additionally, there’s been ongoing speculation as to whether Dennis – who already has one child with Ravenel – is pregnant again.  And if so, whether Ravenel is the father.

Sounds like a helluva third season plot line, doesn’t it?

This website was the first to report on Ravenel’s reality TV stardom, and our founding editor – who is credited/ blamed for introducing Ravenel and Dennis – actually had a cameo on the show’s series premiere last spring.

He was not among the show’s 1.7 million viewers last week, though …

Is This Who (Almost) Broke Up Thomas Ravenel And Kathryn Dennis?