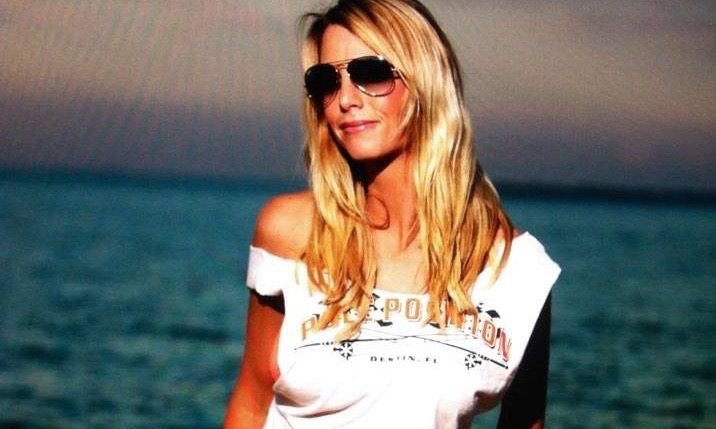 || By FITSNEWS || Multiple sources close to disgraced politician turned reality television star Thomas Ravenel are coming forward with the identity of the “mystery woman” they say is at the heart of his latest drama.

Missed those fireworks?  We’ll catch you up: Last week the 53-year-old star of Bravo TV’s Southern Charm arrived at the Emerald Grande hotel in Destin, Florida with an unidentified woman.  According to the website All About The Tea, Ravenel and the woman had reached an illicit agreement: She would spend three days with him at the ritzy resort in exchange for a guest spot on his reality show.

You know, the show he has repeatedly disavowed …

Anyway, confronting the couple upon their arrival at the hotel was a man carrying a video camera – reportedly the boyfriend of the “mystery woman.”  As his camera rolled, the man referred to Ravenel’s companion as a “drug addict and a prostitute” – prompting the Southern Charm star to initiate a physical altercation with him.

According to the original All About The Tea report, she’s a “Florida-based part time flight attendant, interior designer and model who is obsessed with reality television.”

Not so, according to Ravenel.  In an email reportedly sent last week to Kathryn Dennis – his Southern Charm co-star and the mother of his child – Ravenel claimed the mystery woman was really a high-ranking government official.

“She can’t even be on a reality (television) show as it would compromise her top (government) security clearance,” Ravenel wrote.

In addition to denying allegations of an illicit quid pro quo, Ravenel claimed the woman’s boyfriend was “a stalker and a pathological liar.”

So … who is this mystery woman?

“I get to travel all over the world for work and love it!” Goen wrote on her Instagram page. “I love playing tennis, painting and designing rooms, furniture and jewelry.”

According to Ethan Allen, Goen is an employee at the store’s Destin, Florida location – possessing “a degree in interior design and interior architecture.”

“When she was younger, she enjoyed the benefits of living all over the world,” Goen’s bio noted.  “As a result of this experience, she learned to appreciate many different design concepts and styles.  She always enjoyed creative, artistic endeavors, and she loves to utilize her imagination and creativity to help her clients convert positive ideas into reality.”

According to Goen, Ravenel’s tussle was with a man she described as “a jealous ex-boyfriend.”  She denied any deal with Ravenel over Southern Charm, saying she had no interest in being on television.

She also flatly denied the man’s statements impugning her integrity.

“It’s sad what lies people will make up and say,” she told us.

Goen declined to discuss the nature of her relationship with Ravenel, although sources close to the Palmetto playboy tell FITS the two have been in contact for several months.

“They’d been talking since April,” one source said.

Until May, Ravenel had been in an off-again, on-again, off-again, on again relationship with Dennis dating back to 2013.  In addition to their one-year-old daughter, the hottest rumor in the Palmetto State is that Dennis is pregnant with her and Ravenel’s second child together.  Sources at the network have not commented on those reports – nor has Dennis.

But that’s quite the third season plot twist …

No formal announcement has been made, but last month we reported that a third season of the show was in the offing – with or without Ravenel, who has repeatedly sparred with the show’s executives.

“They’ve lied to me so many times but the last lie was just pathological,” Ravenel said last month, referring to the show’s producers.  “Had they just told me the truth I would’ve stayed on. I actually hope they sue me. One of my hobbies is getting some evil person or corporation to sue me, and when I counter-sue I never lose.”

Southern Charm co-star Shep Rose has disputed Ravenel’s contention that the show was “over.”

“Thomas doesn’t know what he’s talking about,” Rose said.  “He’s not a bad guy, but he has a few drinks and makes declarative statements.”

On or off camera, there’s certainly been no shortage of drama this year associated with Ravenel – whose attempt at a political comeback last year flamed out spectacularly.