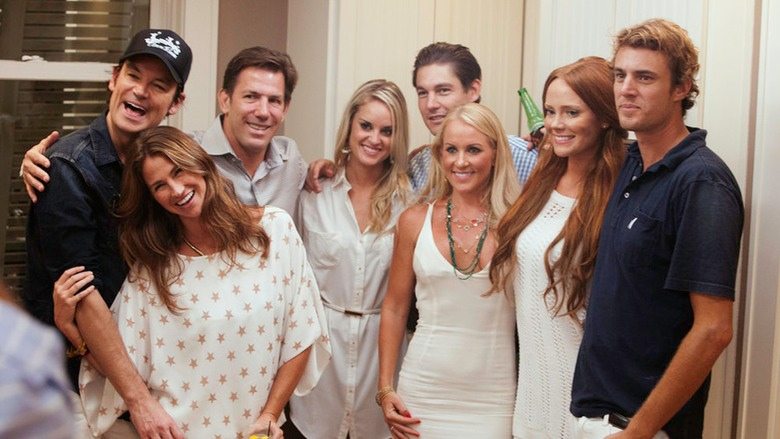 Producers of the Charleston, S.C.-based Bravo TV reality program have confirmed to FITS that a third season is in the works, although the participation of 52-year-old Lowcountry playboy Thomas Ravenel remains very much up in the air.

Ravenel has previously stated he would not participate in a third season – although his word isn’t exactly “bond.”

“They’ve lied to me so many times but the last lie was just pathological,” he recently said, referring to the show’s producers.  “Had they just told me the truth I would’ve stayed on. I actually hope they sue me. One of my hobbies is getting some evil person or corporation to sue me, and when I counter-sue I never lose.”

Southern Charm co-star Shep Rose has disputed Ravenel’s contention that the show was “over.”

“Thomas doesn’t know what he’s talking about,” Rose said.  “He’s not a bad guy, but he has a few drinks and makes declarative statements.”

Ravenel has been in an off-again, on-again, off-again, on again relationship for the better part of the last two years with 23-year-old Kathryn Dennis – his Southern Charm co-star and the scion of two of the Palmetto State’s most prominent political families.

The couple have a one-year-old daughter, Kensington Calhoun Ravenel – and Dennis is rumored to be pregnant with another child, reports of which first broke on FITS two months ago.

Is Ravenel the father?

Last we heard from Ravenel he was engaged to an as-yet-unidentified woman – rumored to be Charleston, S.C. attorney Meredith Hastings (pic here).  Ravenel deleted the Facebook post announcing his impending nuptials, though, claiming his account had been hacked.

Of course the end of Southern Charm‘s second season didn’t mean an end to the drama associated with Ravenel – whose attempt at a political comeback last year flamed out spectacularly.

Ravenel will be a part of the program moving forward.  As bad as he is at life, he’s a natural for reality TV … and there are obviously enough people who want to watch the train wreck for everybody involved to make some money off the deal.

Marco Rubio Is Lying About “Obamatrade”

Is This What’s Left Of Missing Malaysian Jet?

1 thing going for it, I’d bang every one of the females there in the pic.

Kathryn has to keep her make-up on though.

I agree Q, but some of us p-whipped males could care less. Believe it or not, I’m not near as bad as I used to be. There is a doctor in Charleston that tattoos make up, she may be one of his patients.

Yeah, said doctor is the best plastic surgeon in the state. He did one of my best friends implants about 10 years ago.

And my aunt’s make up. Money is not questioned, with her and friends, just do it. She is a social elite, I got to admit, she looks 25 years younger.

Certainly, you can’t be thinking thoughts of ….??

Has she had vaginal tightening done or does she look like an extra large Arby’s sandwich down there?

Someday, I’ll let you know, when she is the only female left.

let’s have an x rated version with the bunch in Charleston+Sanford and the adulterers, illegal gambling crime Ring from Lexington and their associates: The Peelers, Richard Eckstrom and Kelly, James and Carrol Metts, The Amodios, The Fraziers, Owens and Halfacre. What a mix of plastic, illicit sex, illegalities and if the Affidavit given to the FBI and printed in the State News is accurate the Cocaine and prostitution will fit in nicely!

Saw PEELER AND AMODIO playing golf just before his guilty plea in court. Were they getting their story together.
Guess Court suits Peeler looking on the judicial web site.
Lay with dogs, get fleas. I guess Amodio never learned this?

The name could be changed to Southern Shit, with the Fraziers, Metts, Peelers, Amodios in the cast.

Please everyone…pray to whatever god, supernatural force, or higher being your belief system supports (atheists, please help by wishing really hard along with us) that somehow the seemingly unending era of TR coverage on this site will one day stop.

Nah… they’re pretty much on par with one another.

I think the guys are al gay. Look it…none of them can have a sustained relationship though they have some money or looks or something.

I think there is a lot of BJ happening late at night in CharleyTown.

Looks like a same breed sex party. Kind of like a bunch of golden retrievers … Now it’s on…….https://www.youtube.com/watch?v=mOq7acPdfnQ

Kathryn pregnant again? Thomas engaged to someone else? I LOVE it. This is all so hillbilly.

All these haters hating on Southern Charm, show is refreshing and beats Atlanta HW on all levels.