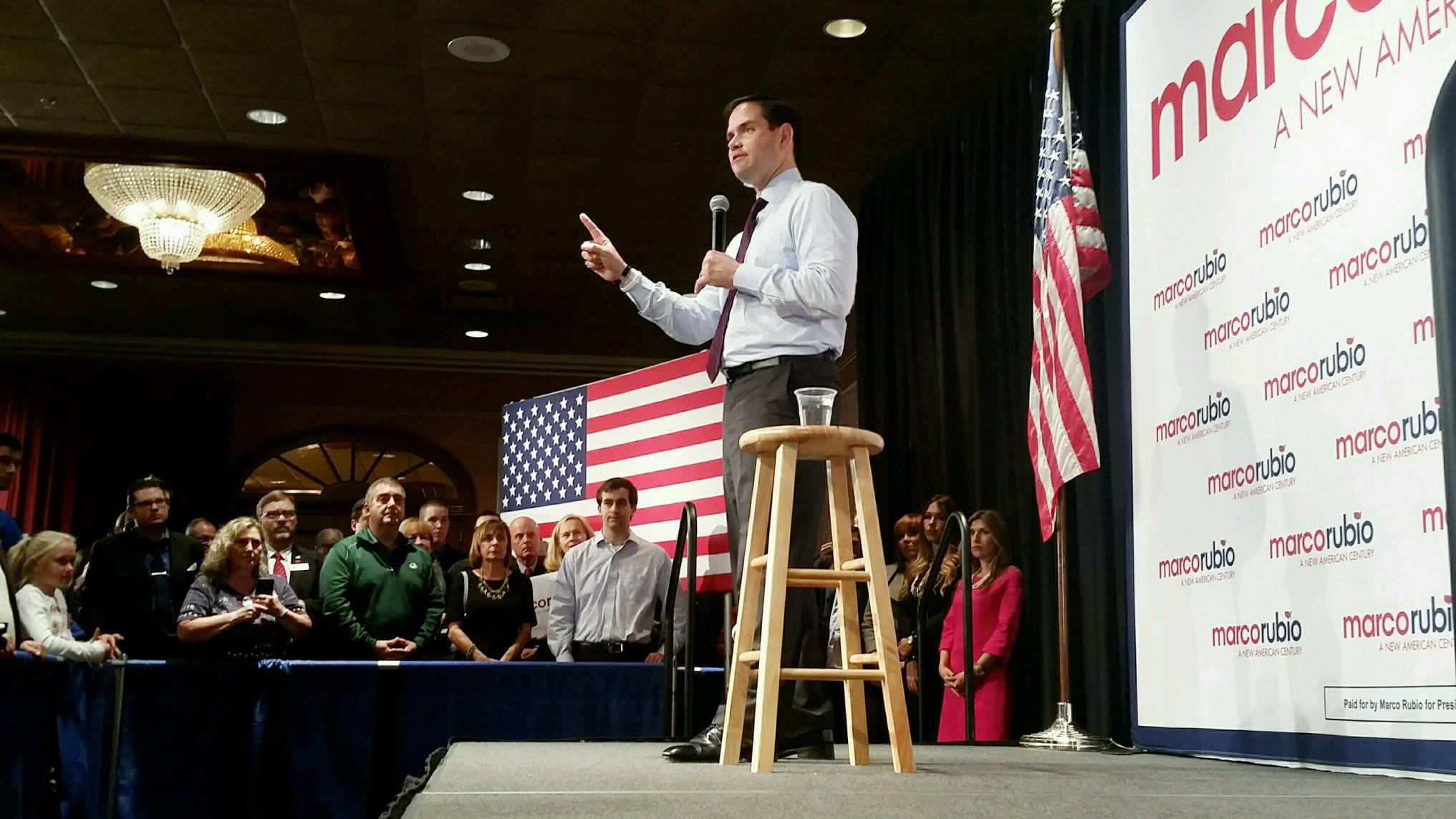 This website gave up on U.S. Senator Marco Rubio of Florida a long time ago … but he crossed the rubicon with us when he cast the deciding vote for Barack Obama‘s crony capitalist trade deal earlier this year.

Rubio’s consistent support of this GOP betrayal was mentioned by The Wall Street Journal this week … which observed that he was among “the (GOP’s) establishment wing candidates” who supported this monstrosity, dubbed the Trans-Pacific Partnership (TPP).

But is he still supporting the legislation – which seeks to regulate more than forty percent of the global economy?

According to a Rubio spokesperson (who apparently got the WSJ to add a paragraph to its article), Rubio “backed the bill granting (Obama) fast-track trade authority this summer” but “has not decided whether to support TPP legislation.”

In other words Rubio was for “Obamatrade” before he was undecided …

We know Rubio loves to flip-flop on important issues but this is ridiculous.  He’s been beating the drum for months in support of this scam, which as we’ve exhaustively detailed would be terrible for the American economy (see HERE and HERE) and especially bad for South Carolina’s economy (HERE and HERE).

We’ve also exposed several of the backdoor dangers of advancing such a deal (see HERE and HERE), ripped the secrecy surrounding its negotiations (HERE) and obliterated the myth that the deal in any way, shape or form represents “free trade” (HERE).

While we were bashing Obamatrade, Rubio was embracing it – calling it the “second pillar” of his foreign policy.

“It is more important than ever that Congress give the president trade promotion authority so that he can finalize the Trans-Pacific Partnership,” Rubio said earlier this year.

Yeah … and now this guy wants to flip to the “undecided” column?

Obamatrade will “continue to outsource American jobs overseas, fail to do anything about currency manipulation, and once adopted, will create an international, unelected commission with broad authority to implement and interpret the agreement without any votes of Congress,” explained Rick Manning of Americans for Limited Government (ALG), the organization which has been leading the fight against this proposal.

Unfortunately thanks to Rubio’s deciding vote, Congress has no power to amend the deal.

(For an exhaustive look at Rubio’s love affair with Obamatrade, check out this article from Breitbart).

“Since Congress is forbidden from amending the agreement under terms of the fast track trade authority granted President Obama earlier this year, and the agreement will not be fixed later, the only recourse for members who share this concern is to simply vote no,” Manning concluded.

Who knows, though … maybe we’ll get lucky.  Maybe instead of affirming Obamatrade (again) Rubio will do us all a solid and just not show up for the vote.