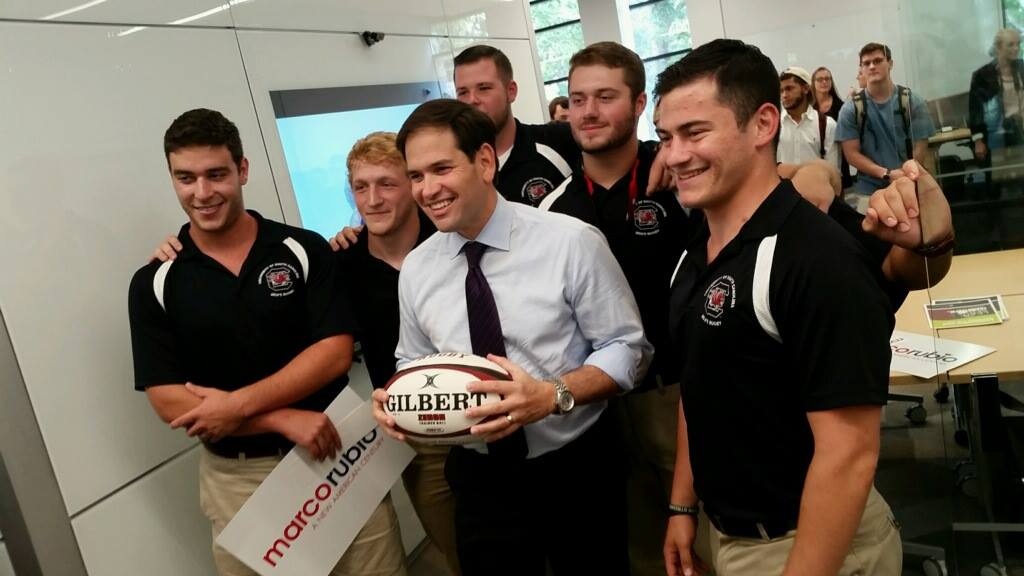 || By FITSNEWS || We’ve written previously on how U.S. Senator Marco Rubio of Florida is two-faced on big issues … and flat-out wrong on others.

We were never going to support this status quo, crony capitalist “Republican” – and the fact he cast the deciding vote for U.S. president Barack Obama‘s rigged trade deal in the U.S. Senate earlier this year only affirmed our opposition to his candidacy.

In an opinion piece published in The Wall Street Journal, Rubio rattles off some stern rhetoric against China – and vows to dramatically increase U.S. military spending (ahem) in an effort to “neutralize China’s rapidly growing capabilities in every strategic realm, including air, sea, ground, cyber space and even outer space.”

In addition to this “neoconservative” warmongering in the South China Sea, Rubio is also vowing to reverse Obama’s “insufficient responses to economic and national-security concerns.”

Let’s rewind the tape, shall we?

Less than three years ago, Rubio wasn’t criticizing Obama’s China policy – he was supporting it, saying Obama was correct on the issue of China’s currency manipulation.

“I agree with Obama on that one,” he said at the time.

This is nothing put pure political pandering.

Rubio is reading the handwriting on the wall – which is telling him his campaign is shriveling into irrelevance as GOP frontrunner Donald Trump drives the anti-China message home with resounding success.  So he’s raising his hand to say “me, too,” hoping no one will bother to examine his previous views.

But sadly, that’s what we’ve come to expect from Rubio.