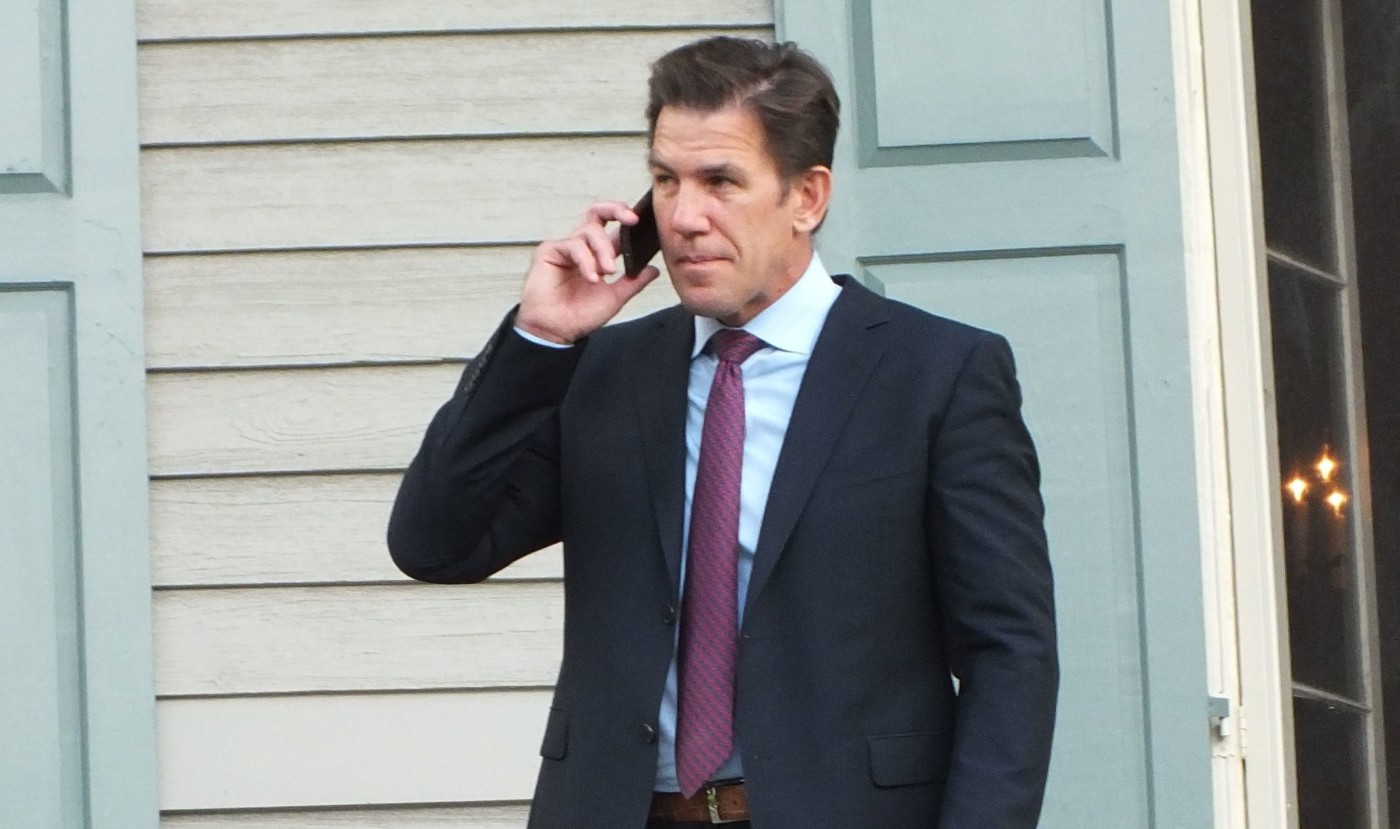 And no pre-nuptial agreement is required, apparently.

“I trust her,” Ravenel said.

The star of Bravo TV’s Southern Charm made the surprise announcement late Thursday evening on his Facebook page, where he is known for making shocking (if infrequently fulfilled) pronouncements. 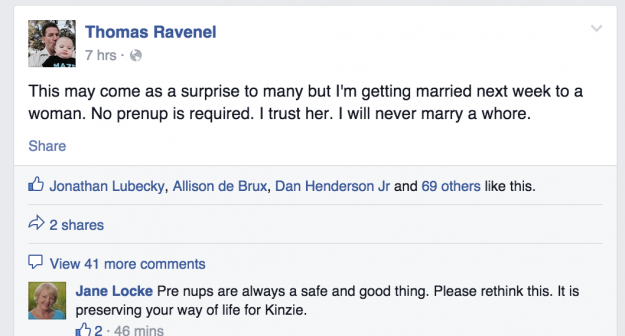 “Wow,” one of our readers commented.  “Next season should be interesting.”

Ravenel, 52, has been in an off-again, on-again, off-again, on again relationship for the better part of the last two years with 23-year-old Kathryn Dennis – his Southern Charm co-star and the scion of two of the Palmetto State’s most prominent political families.

The couple have a daughter, Kensington Calhoun Ravenel.

Ratings for Southern Charm dipped during the middle of its second season, but by the time the season finale rolled around last month the show’s audiences were surging.

Of course the season’s end didn’t mean an end to the drama associated with Ravenel – whose attempt at a political comeback last year flamed out spectacularly.

Good question … we’ll let you know when we know something.

UPDATE: Ravenel has removed the marriage post from his Facebook page.  He also posted an update to the page saying he was hacked.