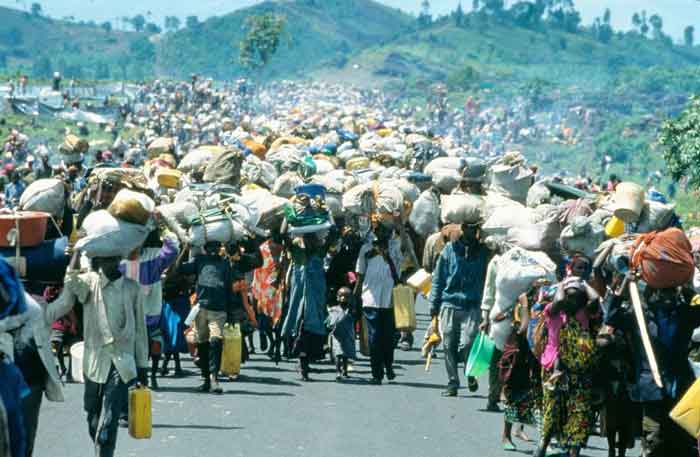 DENYING THEM HOMES IS DENYING OUR OWN HISTORY …

|| By EMILY CONRAD || I’d like to tell you about a country where 5.4 million people are estimated to have died since 1998 – a number of almost “Holocaustic” proportions.  The bloody conflict responsible for so many causalities may surprise some.  It is not Iraq, which has seen 500,000 deaths, nor is it the civil war in Syria, which has thus far produced 210,000 causalities. Likewise, an estimated 300,000 people have died in Darfur – while the well-publicized Boko Haram insurgency has taken the lives of around 11,000 Nigerians.

The nearly inconceivable number of 5.4 million deaths occurred in the Democratic Republic of the Congo, formerly known as Zaire. A vast country in the middle of Sub-Saharan Africa, the Congo has long attracted the attention of westerners: King Leopold of Belgium made the extraction of the country’s resources the source of his personal wealth.  Joseph Conrad’s Heart of Darkness was written following his travels in the country.  Cuban-Argentinian revolutionary Che Guevara even tried to incite socialist revolution in the Congo – unsuccessfully, I might add.

The Democratic Republic of the Congo also happens to be the country of origin for the first two refugees who have been recently resettled to Spartanburg, S.C. (with the support of faith-based organization World Relief and local churches).  These are the refugees whose entrance has caused so much ruckus and rabble-rousing from elected officials, most notably U.S. Rep. Trey Gowdy.

I will admit I have a clear motivation in writing this: I want to communicate my profound disappointment in a political system which is politicizing the unimaginable pain and suffering experienced by these refugees.  The politicians who have decided to question and cast doubts on the individuals entering our community are creating yet another politically insecure and potentially socially hostile environment for some of the weakest members of our global society; individuals who have experienced the most evil manifestations of humanity.

Personally, I find this behavior of our elected officials unacceptable.

While Gowdy’s so-called “scrutiny” of this refugee resettlement community might seem to be a non-issue at first, it comes at a high moral cost – undermining the very foundational pillars of our country.  As we look back on our own personal family trees and our ancestors who immigrated to the United States, we see countless narratives of political and/or religious refugees.

Indeed, the United States has historically taken on the role of a “shining city on a hill,” a role interpreted by such figures as Ronald Reagan as “a beacon… for all the pilgrims from all the lost places who are hurtling through the darkness, toward home.”  The United States has provided a stable home, full of limitless opportunities, to generations of refugees and their descendants.  To deny this same home to generations of new refugees and their descendants is to deny our own history.

Returning to the plight of the Democratic Republic of the Congo, there is no country in the world more deserving of our attention right now.  The same conflicts which have claimed 5.4 million lives have also led to an estimated 39 percent of all women experiencing sexual violence at some point in their lives – either by civilians or military personnel.  The conflicts, which have involved no fewer than nine African countries and twenty rebel militia groups, can be divided into three separate, yet equally destabilizing struggles: (1) the First Congo War, which ended the 32-year-reign of the dictator Mobutu Sese Seko in 1997; (2) the Second Congo War, which began in 1998 and lasted until 2003; and (3) the ongoing militia fighting in eastern Congo, which has resulted in a widespread humanitarian crisis.

Even those not directly in the firing line in today’s Congo live in unthinkable circumstances compared to most citizens living in the United States.  The nation’s per capita gross domestic product (GDP) is around $700 – one of the lowest in the world. The average life expectancy is only 50 years of age.

It is time to stop making the refugees entering Spartanburg a political issue and instead start making it an issue based on people. The Upstate has historically been open to international refugees in need, opening up its doors after the conflict in Southeast Asia to Vietnamese, Laotians, and Cambodians. I hope that Spartanburg residents (and Representative Gowdy) will come to recognize these incoming refugees as deserving and worthy of our compassion and generosity. Moreover, I hope that they will come to recognize these refugees as deserving of respect for the horrific hardships they have endured; their courage to leave behind their families and venture into the unknown; and standing strong in the face of continued adversity.

The Cyber War Is On?