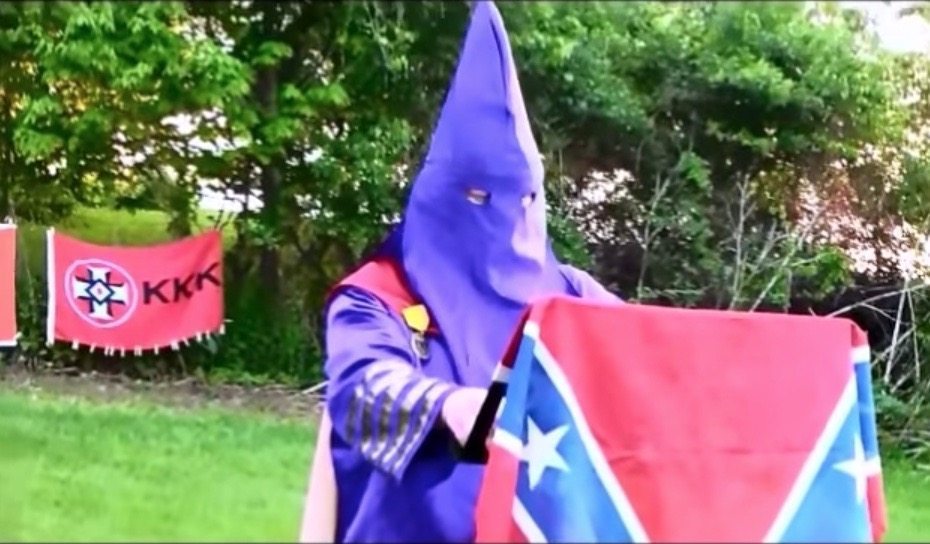 || By FITSNEWS || The Loyal White Knights of the Ku Klux Klan (a.k.a. this group) will host a rally on the grounds of the S.C. State House on July 18, 2015 to protest the proposed removal of the Confederate flag from the north lawn of the building.

S.C. governor Nikki Haley says they are not welcome to do so … but in a literal sense she’s incorrect.

Freedom of expression means peacefully tolerating views which are radically different from ours.  And the Klan’s ignorant, repugnant, anti-liberty views must be tolerated – if for no other reason than their occasional reemergence within the marketplace of ideas reminds us how important it is to fight for the sanctity of freedom and free markets for all Americans.

(Including purveyors of hate).

Freedom of expression also means tolerating the Klan’s ridiculous characterization of Dylann Storm Roof – the 21-year-old white supremacist who has confessed to murdering nine black parishioners in their place of worship – as a “warrior.”  In fact one Klan member told The (Charleston, S.C.) Post and Courier this week that Roof “was heading in the right direction” he just picked the wrong target.

Why should we “tolerate” expression like that?  Easy: Because when we contrast such heartless indifference toward human life with the heartfelt forgiveness displayed by the families of the victims of this tragedy – we come face to face with the extremes of the human experience.

And hopefully find ourselves pulled in the heartfelt – not heartless – direction.

Anyway, in a video posted to the group’s website one of the Klan’s leaders – clad in a purple hood – lays out the underlying principles of the “New Klan.”

“The Klan in the sixties knew what it’s original purpose was – and what it meant to be a Klansman,” the hooded speaker stated. “They knew their job was to protect the weak who could not defend themselves. The Klan knew that to keep America a Christian nation, we had to keep the alien influences out of this country – out of our schools and out of our media.”

“The Klan knew that America was founded as a white extension of Europe – by our forefathers,” he added.

You look at the Klan speeches from the 1920s and it was like a prediction of what was to come – and what’s going on today – if these alien influences and religions got hold of our power structure. They said they would try to put the primitive race of people – the blacks – on an equal plane with the white man, the creator of all Western civilization.  The white race was known since the beginning of time as the builders of the modern day world.  The Klan of the twenties, most of ’em they lived – they seen the violence of the Reconstruction era.  They knew what the n*ggers were about.  And it was the communists who come in here like I said in 1917 and wanting to set ’em free and put ’em on an equal plane with us.  They’re not our equals.

The Klan told the Americans if we integrate our schools with the negroes all of Western Civilization was lost.  There would be more drugs pushed on our kids by black kids.  There would be more violence aimed at whites from blacks who think that we owe ’em something.  They knew our government would start pushing the sins of race-mixin’ on our children.  You see even then the world knew these people were not our equals – and the history of mankind has proved this.  Point in a history book – show me a black philosopher, a black physicist.  You won’t find one.

It’s embarrassing such views still exist in South Carolina – or anywhere in America for that matter.  But as sad as it makes us to say it, there is a place for such hateful ignorance in our marketplace.

Which is we support the Klan’s right to rally.

The Klan’s belief system – which aims to exclude all non-whites from the benefits of life, liberty and prosperity – must be tolerated because it provides us with a compelling reminder that such ugly divisiveness must never be embraced by government at any level.

In other words it is a reminder of our right – and our obligation – to rebuke the fundamental dehumanization of our fellow Americans.

@fitsnews ugh. Best thing to do is for the media to give NO publicity to them or the rally. Everyone should literally ignore it!