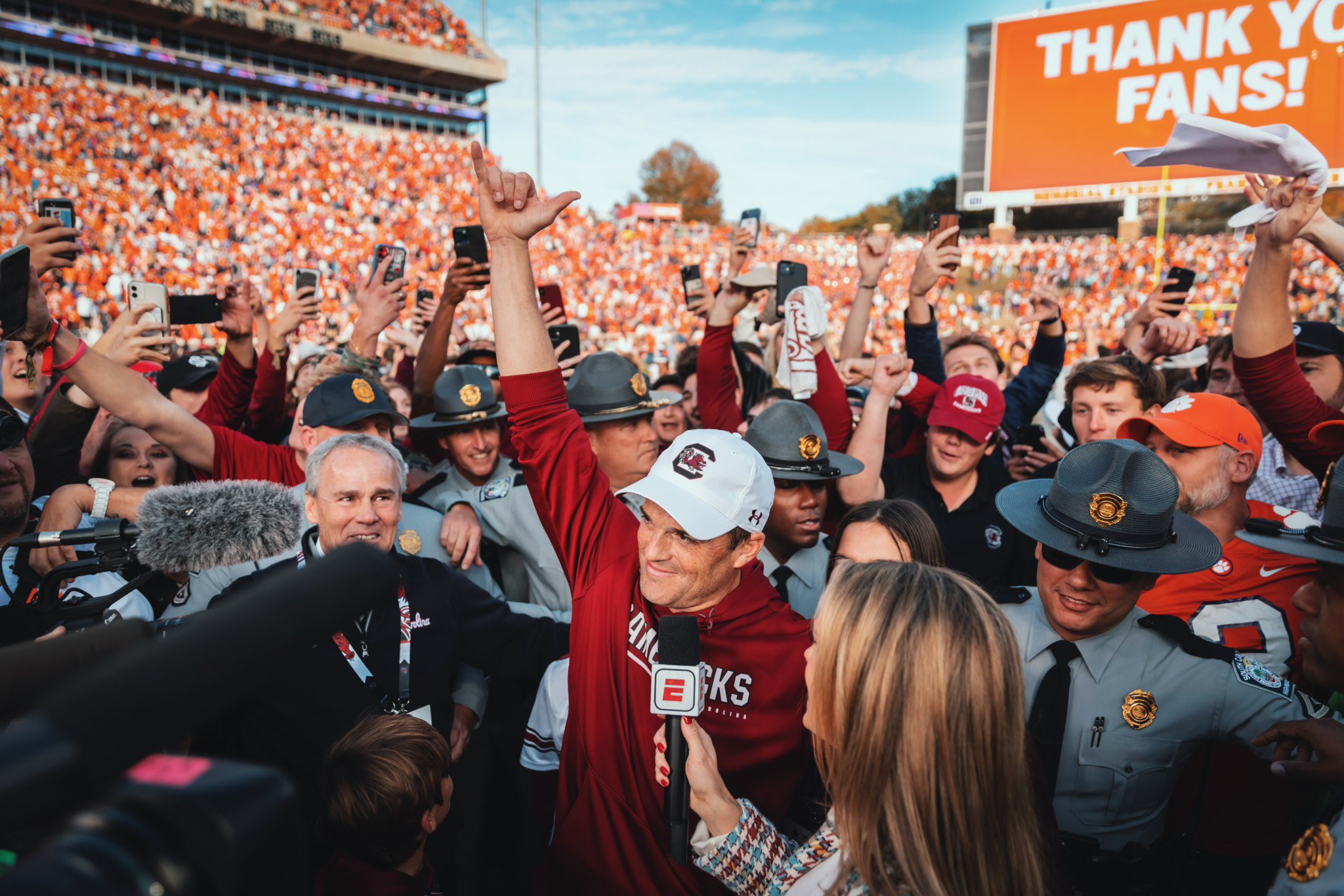 Hear me now … listen to me later.” That’s an adage from an old friend of mine which I believe is applicable in assessing the difference between knowledge and wisdom. It acknowledges a distinction between receiving information in the immediate sense (knowledge) versus processing it and applying it over the long-term (wisdom).

You can read that column here …

Beamer is in the midst of contract renegotiations with school officials – an annual process which involves a review of the status of his program and adjustments to his compensation based upon that review.

At the time of his hiring in December 2020, Beamer received a five-year, $13.75 million deal from the school. Then and now, he is one of the lowest-paid coaches in the Southeastern Conference (SEC) – although his deal was loaded up with incentives.

Beamer did not collect on any of those incentives during his first two campaigns … but no one expected him to do so. The fact his first team finished with a winning record was viewed as a miracle. And the fact his second squad eclipsed that mark thanks to unprecedented back-to-back upsets over Top Ten opponents also seemed nothing short of providential.

Readers will recall Beamer’s first contract was roughly equivalent to the massive buyout paid to former head coach Will Muschamp – who also exceeded expectations during his first two years on the job in 2016 and 2017. Muschamp proceeded to implode after that, though … and got fired midway through the 2020 season.

This brings me to a salient (and hopefully non-controversial) point regarding Beamer’s current contract renegotiations – one university officials (who haven’t always had their eyes on the ball) will hopefully bear in mind.

Does Beamer deserve a raise? Absolutely.

Should that raise included a contract extension? Absolutely.

But in opening the saddlebags to lock down Beamer and extend his stay in Columbia, S.C., Gamecock athletic officials – and the school’s politically appointed board of trustees – must be smart as it relates to the terms of his extension.

Under the terms of his current contract, Beamer is entitled to 65 percent of the remaining value of the deal assuming he is terminated early. That’s not an ideal situation, but it’s certainly better than the massive dollar-for-dollar buyout Texas A&M head coach Jimbo Fisher is currently entitled to receive.


Were Fisher terminated on January 1, 2023, Texas A&M would owe him a staggering $85.9 million – i.e. the total value of the remaining nine years on his contract.

Assuming Beamer gets the massive raise and contract extension to which he is entitled – the value of his buyout is likely to soar. But should it?

Here is a novel idea: If coaches can be rewarded with huge bonuses for achieving certain milestones, shouldn’t comparable disincentives also be included in their contracts if they fail to hit certain benchmarks? For example: If a coach were to have a losing season – or back-to-back losing seasons – why shouldn’t their buyout total decline by a certain percentage or dollar amount?

Seems fair to me …

In all endeavors, it is important to incentivize success. But in South Carolina, there is a long history of incentivizing failure. Or at the very least incentivizing mediocrity. That happened with Muschamp, and South Carolina paid dearly for its mistake. It cannot repeat the same mistake with Beamer.

Hear me now, listen to me later …

Love the article. That’s a great point about the losing seasons or unexpected failures and attaching some sort of price tag to those failures. Especially if they are never had happened before situations or other significantly impactful results.