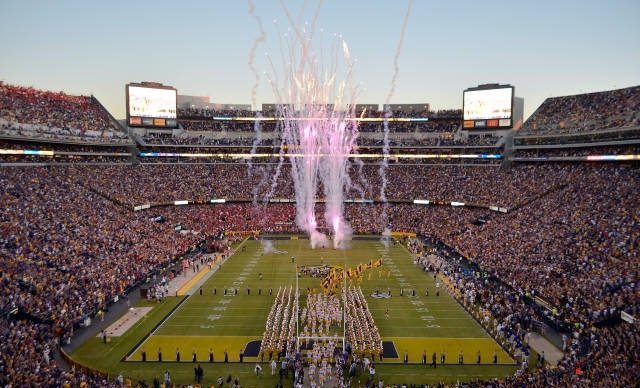 The University of South Carolina’s football game against Louisiana State University will kickoff at 3:30 p.m. EDT from Tiger Stadium (a.k.a. “Death Valley”) in Baton Rouge, Louisiana.

Originally scheduled for 12:00 p.m. EDT at Williams-Brice Stadium in Columbia, S.C., the game was moved earlier this week due to the Palmetto State’s inability to guarantee public safety and clean drinking water in the aftermath of “Floodmaggedon.”

“I appreciate the spirit of cooperation between LSU and South Carolina to make an appropriate adjustment for the game location in this time of difficulty,” SEC Commissioner Greg Sankey said.  “Our prayers and concerns continue to be with people throughout the entire state of South Carolina whose lives have been dramatically impacted by this devastating weather event.”

In addition to the venue and time change, there’s also a television change as well.  ESPN will now broadcast the game nationally, as opposed to a national broadcast on the SEC Network.

As much as we hate to break up this kumbaya moment, it really doesn’t matter where, when or on what channel this game is played.

LSU Is Now An Away Game