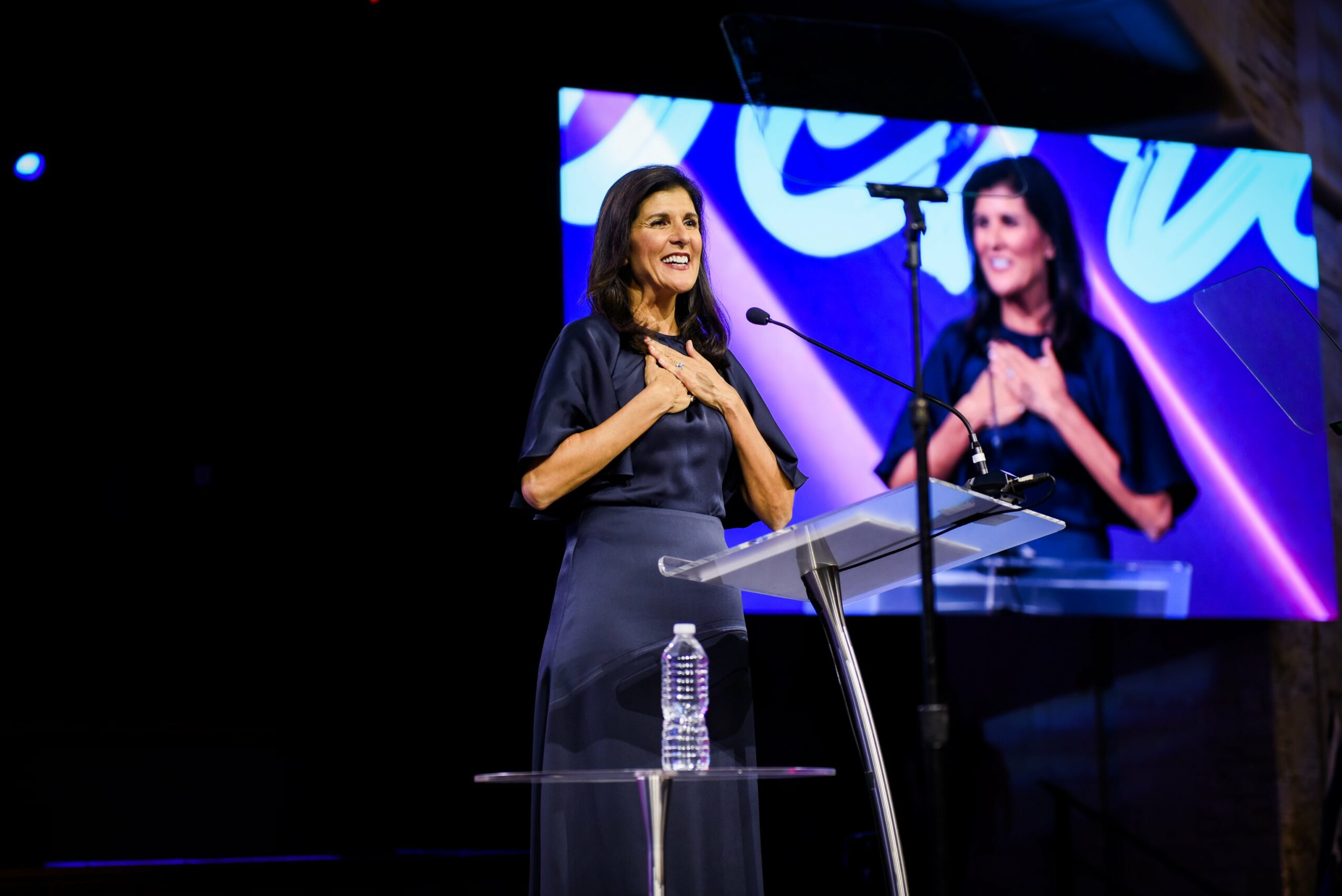 Last week, I reported on a visit by former South Carolina governor/ United Nations ambassador Nikki Haley to her alma mater, Clemson University – where she serves as a lifetime member of the school’s board of trustees.

Haley -a likely 2024 presidential candidate – is scheduled to appear on campus next Tuesday (November 29, 2022). According to the invite for the even, she will address “the road to saving America” at the Clemson event – which is being sponsored by Turning Point USA, an organization which bills itself as “a 501(c)3 non-profit organization whosemission is to identify, educate, train, and organize students to promote freedom.”

Not everyone on campus is pleased with Haley’s visit … although you would think the school’s College Republicans would be on board with it, right? After all, Haley has been a member of the GOP since she first ran for office back in 2004.

Surely the campus GOP group is fangirl central for their alumnus, trustee and former governor … right?

According to a sternly worded statement (.jpg) issued by the group in anticipation of her visit, Haley was derided as a “divisive figure for conservatives” – a politician who “represents everything wrong in the Republican Party.”

“Haley should be rejected as another neoliberal warhawk who has time and time again sold out conservative principles in the name of political expediency,” the group noted.

True? As my prior reporting would indicate, I have no real quarrel with the assessment …

“Haley has consistently shown herself to be on the side of warhawks and corporate arms profiteers,” the statement continued. “Like John Bolton, Dick Cheney and any of the Bushes, Haley has never found a war that she didn’t want to send American boys to die for.”

“Nikki Haley has a clear goal in mind: The presidency of the United States,” the statement concluded. “The Clemson College Republicans hope that this is a goal Haley never comes close to achieving. She is a relic of a bygone era that refuses to let itself die peacefully. It is time for conservatives to reject Nikki Haley and all those Republicans like her … (Turning Point USA) is free to host who(m)ever they wish, but the old GOP is dead – and it’s time for conservatives to start acting like it.”

Conservative angst against Haley is nothing new. Ever since her emergence on the national stage she has struggled to connect with the base of the party. Those struggles intensified in the aftermath of the bloody rioting at the U.S. capitol on January 6, 2021 when she bashed former U.S. president Donald Trump for his alleged role in inciting the violence.


With Trump’s political fortunes on the wane, though, Haley could be poised to pick up ground with the GOP electorate – although the post-midterm polling averages from RealClearPolitics show her continuing to languish. Haley is currently backed by only 2.3 percent of the GOP electorate, which puts her behind outgoing #NeverTrump congresswoman Liz Cheney (2.5 percent), U.S. senator Ted Cruz (3.0 percent), former vice president Mike Pence (6.5 percent), Florida governor Ron DeSantis (28 percent) and Trump (49.3 percent).

As you can see, at this point DeSantis is the only credible challenger to Trump … although the landscape remains exceedingly fluid.

My view on Haley? LOL. Well … there’s some history there (ahem). But as I noted last week, I plan on “covering (her) objectively in the upcoming presidential circus.”

Why? Because readers deserve that sort of coverage …

Also, this news outlet has an open microphone Haley and her supporters are welcome to grab anytime they want …