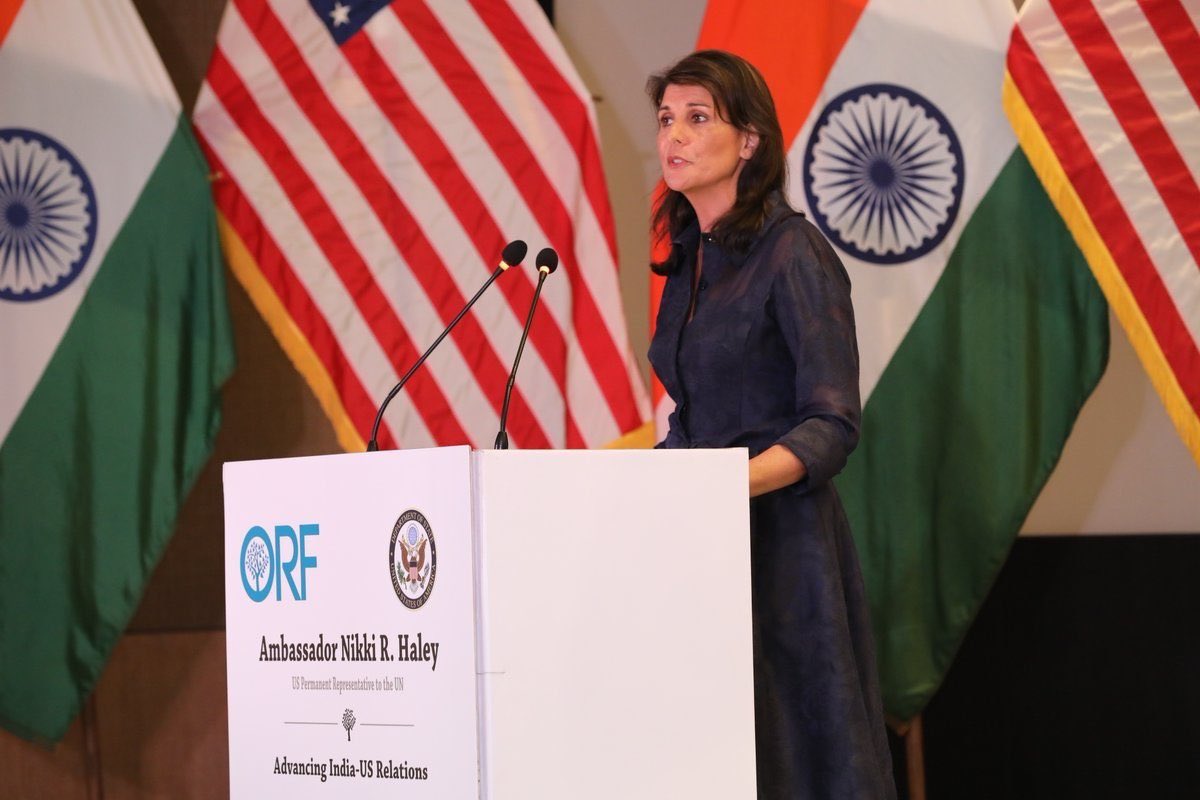 On Friday, reporter Alex Isenstadt of Politico penned the sort of story you hardly ever see – a rare sneak peek behind the corporate curtain at the deluge of dark money fueling the ascent of status quo politicians in our country.

And when I say “status quo politicians,” I am referring specifically in this case to the warmongering neoconservatives whose bank accounts have been padded by special interests for years … spurring them onward in their quest to plunge the United States into all manner of global meddling.

According to Isenstadt, “many of the GOP’s biggest donors are among those who funneled anonymous contributions to former U.N ambassador Nikki Haley’s nonprofit as she lays the groundwork for a prospective 2024 presidential bid.”

Several of the donors were also big-money contributors to U.S. president Joe Biden, though.

What does it actually do, though? That’s easy: Position Haley as a 2024 presidential contender – irrespective, apparently, of what former U.S. president Donald Trump has planned for the coming election cycle.

“The disclosures provide the clearest picture yet of how a prospective 2024 presidential candidate is cultivating a secret network of high-dollar contributors as she builds a political apparatus,” Isenstadt continued. “And the names of her donors demonstrate the deep connections Haley has formed at the top levels of the Republican Party, with some of the GOP’s biggest super PAC donors among those who gave money to fund the launch of her organization after she left the Trump administration.”

As I noted in a recent piece, Haley has been fluffed for years by the neoconservative establishment – which has moved aggressively to rebrand her after she alienated broad swaths of the conservative electorate with her harsh criticism of Trump in the aftermath of the bloody rioting at the U.S. capitol on January 6, 2021.

Haley and other GOP politicians blasted the former president for his alleged role in inciting the violence. But no one in the GOP went as far in rebuking Trump – and writing him off politically – as Haley did.

Haley contorted her way back from those comments … but the conservative GOP base has never forgiven her for them. In fact, Haley is currently polling at an anemic 4 percent among prospective GOP presidential contenders (Trump is at 51.2 percent, by comparison, while Florida governor Ron DeSantis is polling at 23.2 percent).

Haley previously said she would not run against Trump, but appeared to renege on that pledge last month.

“If this president signs any sort of (Iran nuclear) deal, I’ll make you a promise: The next president will shred it on her first day in office,” Haley told the group Christians United for Israel (CUFI) in mid-July, according to a fawning article in The Jerusalem Post.

Wait … on her first day?


Those remarks were viewed as a backtrack of Haley’s promise not to challenge Trump if he were to seek the GOP nomination in 2024.

“That promise appears to have had a limited shelf life,” the news outlet AlterNet noted.

To her credit, Haley has handled the fallout from the Politico story quite deftly … almost as deftly as she navigated a pair of contested partisan primaries in her home state of South Carolina earlier this year.

“Leaking a confidential tax return is against state and federal law … and look whose stamp is on the last page of the Stand for America filing leaked to the media this week,” Haley tweeted, referencing the charities’ bureau of the New York state attorney general’s office.

Not bad … and not a bad way to reclaim some of the ground she lost with rank-and-file conservatives last year.

Her identitypolitik, deep-pocketed financial backing (disclosed or not) and neocon support will always represent a potent cocktail at the national level – one which will continue to keep her in the presidential picture despite her underlying lack of consistency and habitual aversion to the truth.