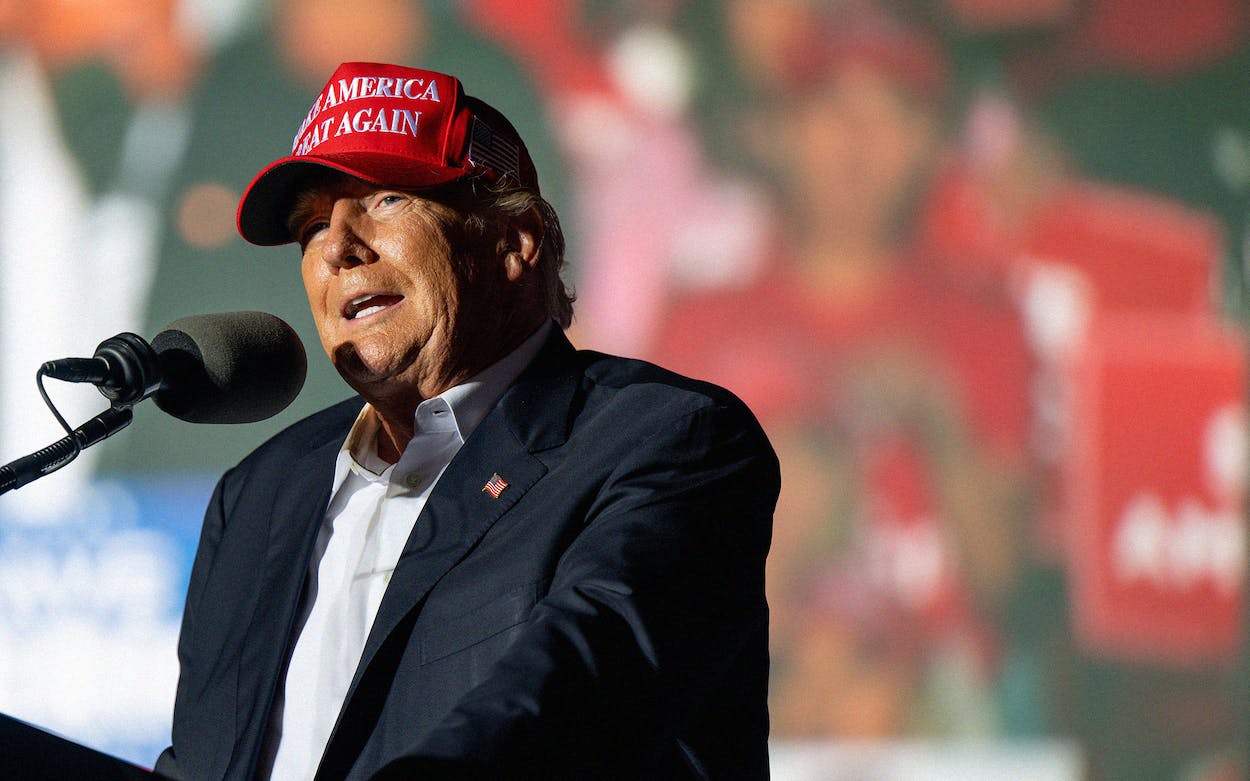 Heading into the 2022 midterm elections, former U.S. president Donald Trump was a virtual lock to win his party’s nomination for the White House in 2024 – a bid he seems almost certain to undertake.

With Republicans anticipating a “wave” election on Tuesday, Trump had hoped to use the results as a springboard to his own presidential announcement – solidifying his status as the undisputed leader of the “Republican” party.

The wave did not materialize, though, and several Trump-backed candidates lost high-profile races – resulting in a decidedly mixed bag of outcomes that has the former president on the defensive about his future viability.

To be clear: Trump did not have a terrible night. More of his candidates won than lost, and his operation clearly played a huge role in many of those victories. Given widespread expectations of a Republican romp, however, the modest gains achieved by his the party had Team Red searching for a scapegoat. And Trump wasn’t wrong when he told NewsNation on Election Day “when they do well, I won’t be given any credit, and if they do badly, they will blame everything on me.”

Trump’s bigger problem? DeSantis. Or as many in the GOP are opening referring to him, “DeFuture.”

Which, of course, would relegate Trump to the past …

In stark contrast to middling GOP results across the country, the 44-year-old Jacksonville native absolutely crushed former Florida governor Charlie Crist to win a second term in office – drawing a whopping 59.4 percent of the vote in the Sunshine State, which has been a key national battleground in recent elections. Four years ago, DeSantis narrowly won his first term with only 49.6 percent of the vote.


DeSantis’ resounding victory this go-round was based in no small part on the same conservative populism Trump channeled back in 2016. In September, DeSantis drew praise from immigration firebrands when he organized flights that sent dozens of undocumented migrants from his state to Martha’s Vineyard, Massachusetts.

A former three-term congressman, DeSantis has also been among the most outspoken GOP critics of critical race theory – and he capably burnished his anti-woke, pro-parent bona fides this spring by picking a fight with über-liberal Disney over the company’s criticism of Florida’s parental rights legislation.

As I noted back in the spring, “even left-leaning media outlets which have rebuked DeSantis’ positions have credited him with being ‘ahead of his time’ politically.”

“Ron DeSanctimonious is playing games!” Trump wrote in one post. “The Fake News asks him if he’s going to run if President Trump runs, and he says, ‘I’m only focused on the governor’s race, I’m not looking into the future.’ Well, in terms of loyalty and class, that’s really not the right answer.”

Trump also took credit for delivering DeSantis’ victories in the 2018 primary and general elections in Florida – saying he propelled him to a primary win and later “stopped his election from being stolen.”

“Ron came to me in desperate shape in 2017— he was politically dead, losing in a landslide to a very good Agriculture Commissioner, Adam Putnam, who was loaded up with cash and great poll numbers,” Trump wrote in another post. “Ron had low approval, bad polls, and no money, but he said that if I would endorse him, he could win.”


“I also fixed his campaign, which had completely fallen apart,” Trump continued. “I was all in for Ron, and he (won), but after the race, when votes were being stolen by the corrupt election process in Broward County, and Ron was going down ten thousand votes a day, along with now-Senator Rick Scott, I sent in the FBI and the U.S. attorneys, and the ballot theft immediately ended, just prior to them running out of the votes necessary to win.”

Earlier this week, Trump issued a not-so-thinly veiled threat against DeSantis should he decide to challenge him.

“If he did run, I will tell you things about him that won’t be very flattering,” Trump told a handful of reporters on election day, according to The Wall Street Journal. “I know more about him than anybody other than perhaps his wife, who is really running his campaign.”

“I think if he runs he could hurt himself very badly,” Trump added.

Many Republicans had hoped for a Trump-DeSantis ticket in 2024 (even though it would have faced quite a constitutional conundrum). Clearly, that isn’t going to happen.

Which leads to the (multi)-billion-dollar question: Will DeSantis run?

Fallout from the 2022 midterms has positioned him incredibly well to capitalize on Trump fatigue within the GOP electorate – and DeSantis is uniquely positioned following his Florida landslide to make a compelling “electability” argument. In fact, I suspect to see a slew of post-election polls confirming his viability against Trump and – more importantly – any number of potential 2024 Democratic nominees.

Also, Trump’s threats and tirades against DeSantis appear to be backfiring … lending credence to those who perceive him as a bitter has-been clinging to relevancy.

Does this mean DeSantis is the new 2024 frontrunner? No … not yet, anyway. But things are clearly trending in that direction.

What do you think? Vote in our poll and post your thoughts in our always engaging comments section below.

Who should Republicans support in 2024?

Related Topics:Donald TrumpFeaturedRon DeSantis
Up Next