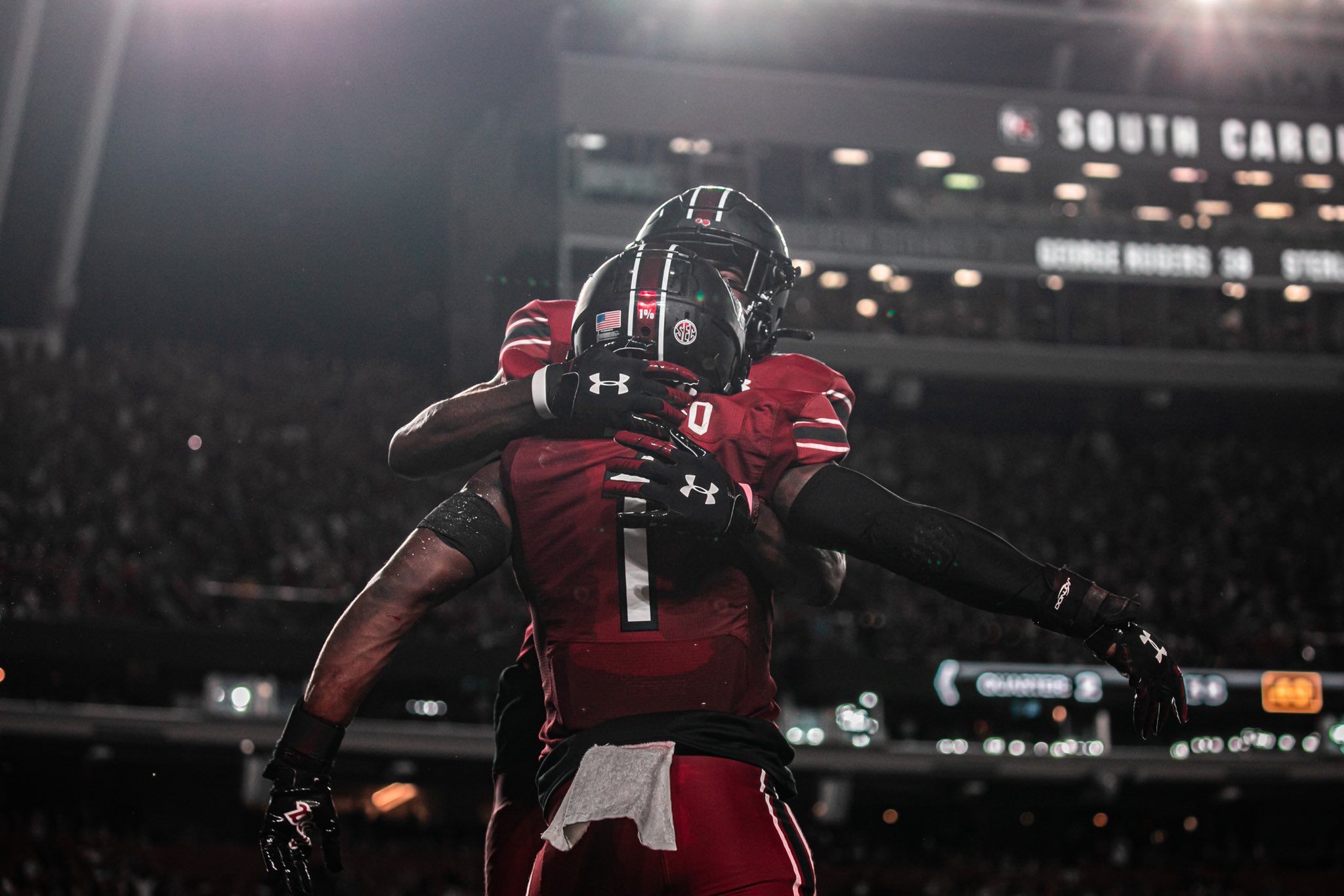 The good news? Fans of the University of South Carolina football program are no longer obsessing over their live mascot drama.

The bad news? The cacophony over the christening of a live rooster has been replaced by rumblings about the lackluster talent level assembled in Columbia, S.C. at the outset of head coach Shane Beamer’s second season as Gamecock head football coach.

Sure, the focus on special teams that made “Beamerball” a household name at Virginia Tech under the coach’s Hall-of-Fame father, Frank Beamer, is obviously in place … but what else have the Gamecocks got?

Especially with the eighth-toughest schedule in the country looming ahead …

Beamer’s squad rolled into their season-opener at Williams-Brice Stadium last Saturday with all the confidence in the world … and the much-maligned South Carolina fan base was clearly feeling the energy.

After a season-ending victory over North Carolina in the 2021 Duke’s Mayo Bowl gave the Gamecocks their first winning record in three years, expectations for 2022 were through the proverbial roof.

Gamecock fans were especially ebullient after their program was left for dead by pundits heading into the 2021 season – and was, in fact, en route to underperforming that anticipated lifelessness as the season progressed.


“Beamer has thus far succeeded only in silencing his critics,” I noted recently. “He has yet to consistently prove them wrong.”

Try telling that to Gamecock Nation, though.

Prior to Saturday’s kickoff against Georgia State, I went so far as to say expectations were higher in Columbia than at any point since the beginning of the 2018 season, when former head coach Will Muschamp had his squad seemed poised for a breakthrough.

We all know how that ended, though …

So … what do we know about the state of Gamecock football today that we didn’t know a week ago? And based on Saturday’s season-opening performance against the Panthers, how can we expect this team to perform over its next eleven games (including tilts against No. 3 Georgia, No. 4 Clemson, No. 6 Texas A&M No. 19 Arkansas, No. 20 Kentucky as well as SEC East rivals Tennessee and Florida)?

Well, we know Rattler’s debut was hardly the offensive explosion South Carolina fans were hoping for. In fact, it was disturbingly reminiscent of the shoddy quarterback play that held the Gamecocks back a year ago.

The 6-foot-1, 215-pound signal-caller from Phoenix, Arizona – who entered last season as a frontrunner for the Heisman Trophy at Oklahoma – connected on 23 of 37 passes (62.1 percent) for 227 yards with one touchdown and a pair of interceptions.

Within that ho-hum stat line was additional cause for concern. A mobile quarterback with a big arm, Rattler hardly took any downfield shots. Nearly two-thirds of his attempts were under five yards – which is hopefully just a sign that South Carolina’s coaching staff was keeping a tight lid on its offensive playbook.

Both of Rattler’s interceptions were on him, too, especially his attempt to force a throw into coverage on a third-down at midfield with just three seconds remaining in the third quarter.

Rattler was ho-hum on critical downs, too, going 6 for 11 on third down. Also, four of those completions fell short of the line to gain – while one of his incompletions was an interception.

Rattler’s uneven performance certainly wasn’t entirely his fault, though. Georgia State sacked him four times and hurried him another six times. And providing yet another indicator of the extent to which South Carolina’s offensive line struggled, there was hardly any ground game to speak of to take the pressure off of the heralded transfer.

South Carolina picked up just 79 yards on 32 rushing attempts – a measly 2.5-yard average. Georgia State, on the other hand, amassed 200 yards on 40 carries – good for a 5-yard average. Adding insult to injury, the Panthers’ top rusher was Jamyest Williams – a former Gamecock defensive back who bolted Columbia midway during the Muschamp implosion.

Williams (above) picked up 76 yards on thirteen carries against his former team – part of an overall 311–306 total yardage edge for Georgia State.

While I will never be mistaken for a Gamecock “homer,” it is important to point out the Panthers (0-1, 0-0 Sun Belt) were no pushovers. This team returned multiple starters on both sides of the football from a 2021 squad which won eight games – including seven of its last eight. Head coach Shawn Elliott’s squad also gave then-No. 23 Auburn a major scare last September – taking a lead deep into the fourth quarter against the Tigers at home.

Auburn ultimately prevailed 34-24, but Elliott’s squad went “toe-to-toe” with its opponent on the Plains, too. And ironically, it was a blocked punt returned for a touchdown that turned the tide against the Panthers in that game.

Georgia State is no joke, in other words … and if the Gamecocks hadn’t been able to come up with a pair of punt block returns for touchdowns in the second half, who knows how this game could have ended up.

Fortunately, South Carolina fans won’t have to wait long to see how their program measures up against a Top 25 Southeastern Conference (SEC) opponent. “Beamerball 2.0” is scheduled to travel to Donald W. Reynolds Razorback Stadium in Fayetteville this coming Saturday (September 10, 2022) for a battle against the aforementioned Arkansas Razorbacks – who defeated No. 23 Cincinnati at home last week.

Odds makers have installed Arkansas (1-0, 0-0 SEC) as a 7.5 point favorite over the visiting Gamecocks in the conference opener for both teams. Meanwhile, ESPN’s matchup predictor currently gives South Carolina a modest 26.6 percent chance at victory.

Kickoff from Fayetteville is scheduled for 12:00 p.m. EDT with ESPN providing national coverage.