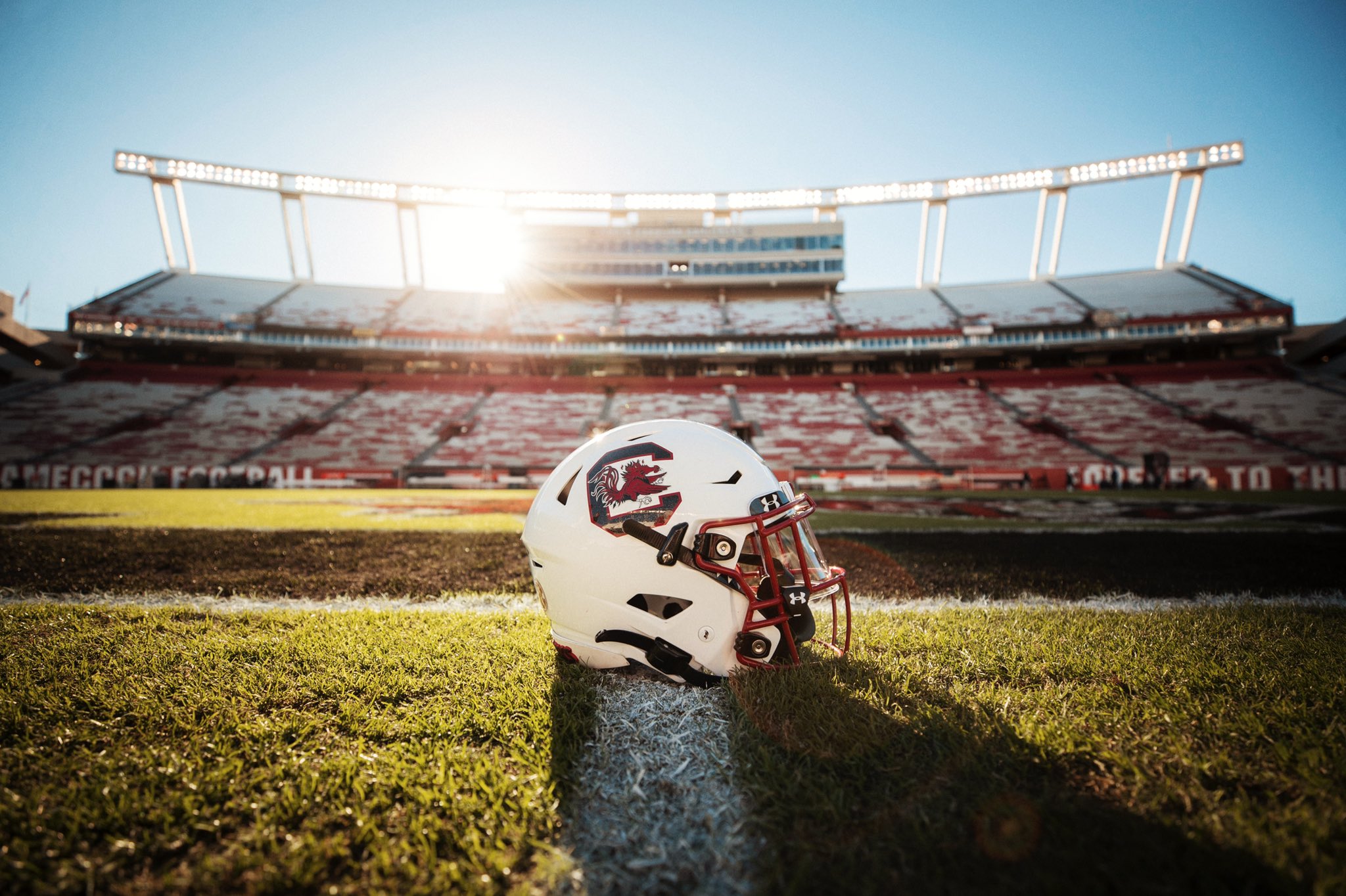 As the Clemson University football program sustains potentially catastrophic losses at the end of its six-year College Football Playoff (CFP) run, things are moving in a different direction about two hours to the southeast. The University of South Carolina football team – which entered 2021 with decidedly low expectations (which it was well on its way to fulfilling) – has been buoyed by a surge of momentum over the last few weeks.

First-year head coach Shane Beamer was riding the struggle bus as recently as a month-and-a-half ago, but late season conference wins over Florida and Auburn secured the Gamecocks a bowl bid – something no one expected would happen.

And while Beamer’s team and embattled offensive coordinator Marcus Satterfield laid an egg (literally) in their rivalry game against Clemson last month – deflating much of the momentum that had built up around the program – things are looking up for the first time in a long time in Columbia, S.C.

Believe it or not, South Carolina can secure its first winning season since 2018 with a victory over North Carolina in the Duke’s Mayo Bowl on December 30 – although that will be a tall order considering Tar Heel quarterback Sam Howell announced he will play in this game (Howell is projected as a first round pick in the 2022 NFL draft and many expected him to sit out the bowl game to focus on his draft preparations).

The reviews on Beamer have been (as expected) decidedly positive …

“South Carolina had some clear limitations on offense but still found ways to compete and win,” ESPN’s Adam Rittenburg noted in giving the 44-year-old Charleston, S.C. native an ‘A-’ grade following his first season. “Beamer’s positive approach immediately connected with players and others around the program. The son of Hall of Famer Frank Beamer has been around great coaches his whole life. Shane has picked up elements from them while forming his own approach, which clicked right away in Columbia.”

Rittenburg conceded he had “reservations about the hire,” noting Beamer was not “a top candidate for many Power 5 jobs.”

I had reservations about the hire, too … and still do, honestly. In a recent post, I noted Beamer had thus far succeeded only in silencing his critics. He has yet to consistently prove them wrong.

And yes, there is a big difference … just ask the last South Carolina coach.

Be that as it may, Beamer scored a major coup for the Gamecock program this week when former Oklahoma University quarterback Spencer Rattler and tight end Austin Stogner announced they would be enrolling at South Carolina this coming year – availing themselves of the “transfer portal.”

Beamer coached both players during his stint as an assistant head coach at Oklahoma from 2018-2020.

Rattler will have three years of eligibility at South Carolina.

“Excited for the next chapter!” Rattler tweeted. “Spurs Up!”

Rattler (above, right) was a preseason Heisman Trophy candidate heading into this season after throwing for 3,031 yards and 28 touchdowns in 2020. The 6-foot-1, 200-pound native of Phoenix, Arizona also ran for 160 yards and six scores last season. Rattler’s Heisman dreams didn’t pan out in 2021, though. In fact, the junior was benched by former Oklahoma coach Lincoln Riley in favor of true freshman Caleb Williams after committing a pair of turnovers during the first half of the Red River Showdown against Texas on October 9.

Prior to his stint in Norman, Rattler set an Arizona high school record by throwing for 11,083 yards and 116 touchdowns. He also ran for over 1,000 yards and scored 14 rushing touchdowns as a high school signal caller.

Riley offered him a scholarship to Oklahoma when he was a freshman in high school.

Rattler and Stogner aren’t the only new additions to the Gamecock program. South Carolina is well on the way to recording its best recruiting class in years under Beamer, with ESPN currently ranking the Gamecocks’ 2022 class as the No. 15 class in the country. Believe it or not, that’s one spot ahead of Clemson.


Rattler will provide the Gamecocks with a dramatic upgrade at the quarterback position in 2022.

How big of an upgrade? Well, as a lifelong fan of the Indianapolis Colts, the move reminds me of my favorite franchise’s decision to bring on Carson Wentz as its quarterback this season – both in terms of the signal caller’s career trajectory and familiarity with his new coach.

South Carolina certainly couldn’t have done much worse on offense in 2021. The Gamecocks ranked No 116 (out of 130 FBS programs) in total offense this season – averaging only 319.6 yards per game. South Carolina’s scoring offense wasn’t much better – ranking No. 109 nationally after averaging only 21.3 points per game (which is an inflated number given the disproportionate number of defensive and special teams scores the Gamecocks rang up this season).

And despite returning first-team all-SEC running back Kevin Harris in its offensive backfield, South Carolina only managed to rank No. 104 nationally in rushing offense – averaging an anemic 121.8 yards per game. The Gamecocks were only marginally better throwing the football, ranking No. 96 nationally with a 197.8 per game average.

A big part of the problem? Third down. South Carolina ranked No. 110 nationally in this key metric – converting only 33.8 percent of third down conversions. The Gamecocks also couldn’t score when it counted, ranking No. 120 nationally in red zone offense.

Expect Rattler (and the weapons Beamer is assembling around him) to raise all of these atrocious rankings next season. Again, though, with elevated talent comes elevated expectations.