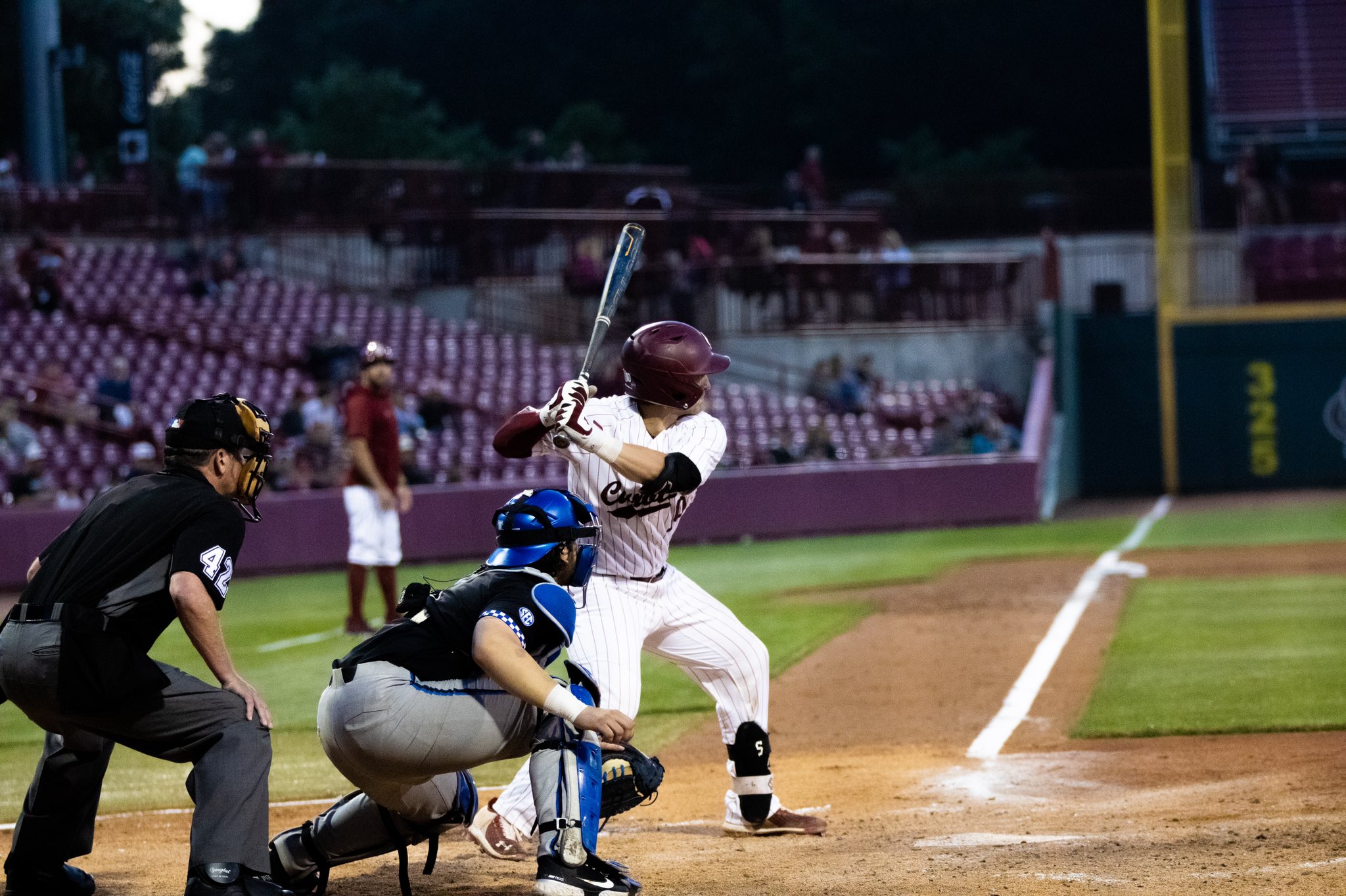 Embattled University of South Carolina athletics director Ray Tanner has seen the heat under his seat cool considerably thanks to an unexpectedly middling performance by the school’s football program last year.

With oddsmakers setting a very low bar for first-year head coach Shane Beamer and his squad, South Carolina actually managed to qualify for a bowl game in 2021 … which it won.

The end result? The program’s first winning season since 2018.

As I noted, though, Beamer hasn’t proven his critics wrong … he merely silenced them for the moment (while raising expectations in the process). The coming season will require him to build on his initial odds-defying “success” – unless of course Gamecock fans are content with sustained mediocrity.

Which … they may very well be …

Meanwhile, the university’s other major revenue sports are struggling under Tanner’s “leadership.”

Gamecock basketball fired its head coach Frank Martin in March – only to get outmaneuvered in the coaching search and forced to settle on a replacement for Martin which many view as a downgrade.


And while South Carolina’s women’s basketball team won its second national title in five years, the victory came at a cost as fourteenth-year head coach Dawn Staley once again angered many Gamecock fans (and donors) with her woke protests.

Staley, readers will recall, received a much-deserved pay raise last fall … which she promptly turned into a “teachable moment” on social justice issues.

The biggest disappointment, though, has been Gamecock baseball – a program Tanner led to unprecedented heights a decade ago as head coach prior to resigning to take the athletics director position. South Carolina captured back-to-back national championships in 2010 and 2011 and reached the finals of the College World Series (CWS) the following year, ultimately falling to Arizona.

During Tanner’s sixteen seasons at the helm, his teams posted a 738–313 mark (.700) – qualifying for postseason play fourteen times and never once posting a losing record.

Tanner’s hand-picked successor, Chad Holbrook, went 199-105 (.655) at South Carolina – including an 81-67 record against Southeastern Conference (SEC) opponents. His teams never reached the CWS and failed to qualify for the postseason in 2015 and 2017.

After Holbrook maneuvered his way out of town under Tanner’s not-so-watchful eye, the embattled athletics director hired former South Florida coach Mark Kingston (despite the fact there were several bigger names in the coaching conversation that year).

Kingston just concluded his fifth season in Columbia, and the results are sufficiently south of encouraging (indeed, “south of Holbrook,” even). The 52-year-old Buffalo, New York native has posted a 138-109 mark (.559) – including a 54-66 record (.450) against conference opponents.

The Gamecocks failed to qualify for the postseason in 2019 and 2022 – and the program posted its first losing record since 1996 this year. For those of you doing the math at home, that’s twenty-six seasons.

“This team went through so much this year and just never gave in,” Kingston told reporters following a season-ending loss to Florida last week.

Except they did give in … a lot.

Despite presiding over a regression (from a regression), Kingston isn’t going anywhere – at least not this year. He received a two-year contract extension last summer which increased his buyout by $1 million – meaning it would cost the program $2.2 million to fire him.

Who approved his new deal? Tanner … along with these morons.

I noted at the end of last season how Kingston was “continuing to underperform expectations” – even though he and his assistants had scored some big wins on the recruiting trail. At South Carolina’s so-called “flagship,” though, it seems underperforming expectations is something to be rewarded – not something to hold accountable.