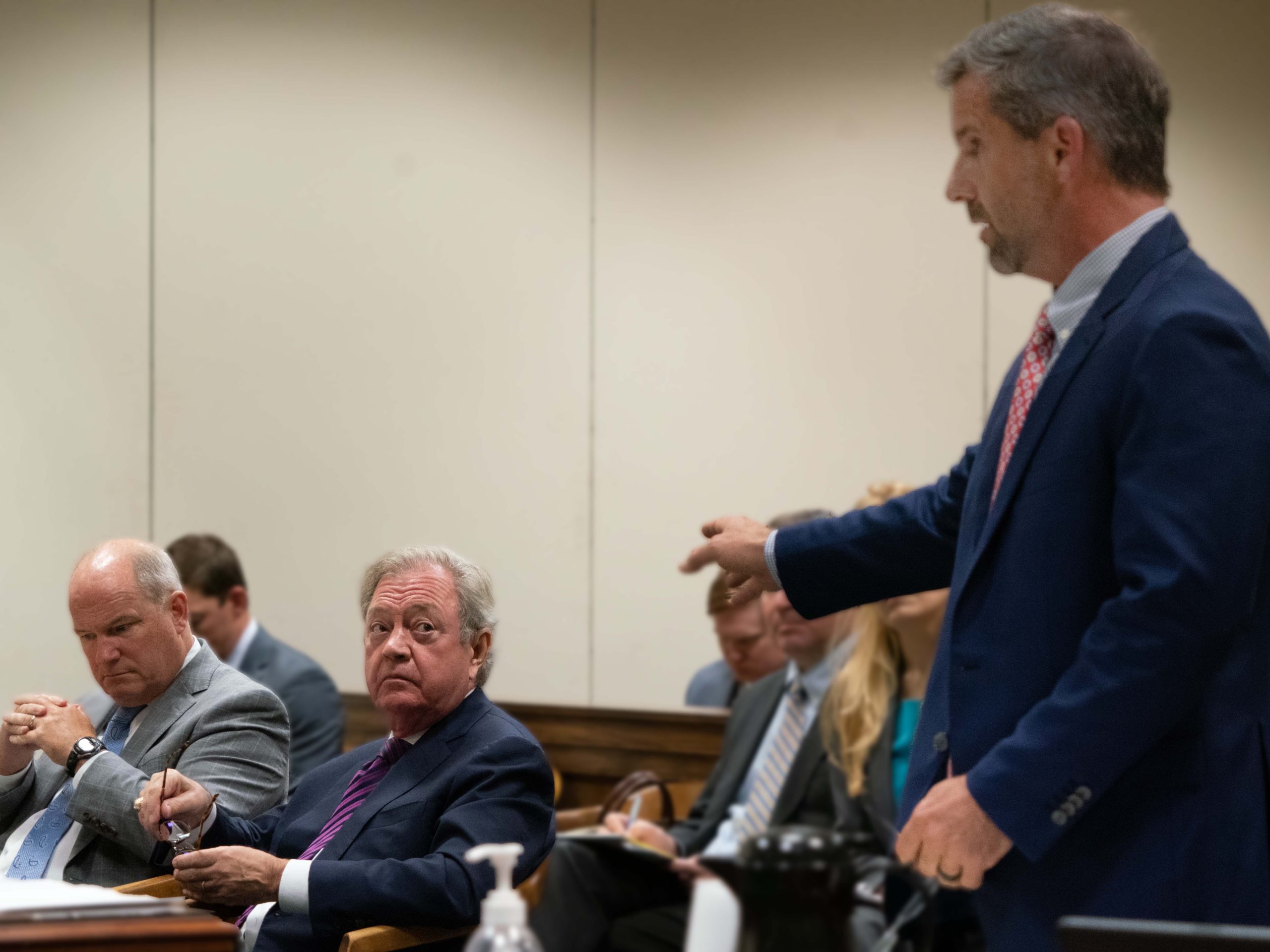 Attorneys for accused killer Alex Murdaugh argued he could not receive a fair trial on the two murder charges he is facing if a high-profile civil case involving his family is allowed to proceed this fall. However, it appears highly unlikely this wrongful death case will be ready to go to trial by then – which could render the issue moot.

As I noted in a recent post detailing this debate, Murdaugh’s attorneys have claimed the civil trial – which revolves around a 2019 boat crash which claimed the life of 19-year-old Mallory Beach of Hampton, S.C – is being used by prosecutors to obtain valuable information against their client as they prepare to try him for the murder of his wife and younger son.

Alex Murdaugh is one of several defendants in the civil case, which paralleled a felony boating under the influence case against his late son, Paul Murdaugh – who was murdered before he could stand trial on those charges.

Murdaugh has been charged with killing both his son and his wife, 52-year-old Maggie Murdaugh, at the family’s hunting property in Colleton County on June 7, 2021.

In addition to accusing state prosecutors of using the civil case as a “stalking horse,” attorneys Dick Harpootlian and Jim Griffin argued if Murdaugh were to invoke his Fifth Amendment right not to incriminate himself in the boat crash case that his ability to defend himself would be compromised.

“If he waives the fifth, he opens himself to all sorts of questioning,” Harpootlian told S.C. circuit court judge Daniel Hall in a sparsely filled Spartanburg County court room.

During his remarks before the court, Harpootlian took a dim view of the murder charges filed against Murdaugh – saying the state has presented “not much, if anything” related to a possible motive for the murders.

Later in the hearing, Harpootlian boldly predicted Murdaugh “will be acquitted” of the murders of his wife and son during the criminal trial.

Harpootlian (above) did have a fair point as it related to the level of media coverage the Murdaugh case has received – which he said was unprecedented in his fifty years as a practicing attorney.

Holding a high-profile civil trial of Murdaugh prior to the murder trial would add to the media feeding frenzy, Harpootlian said – making it “impossible” for the 54-year-old disbarred lawyer (who is also staring down dozens of financial crimes) to receive justice.

Arguing against the proposed stay was Mark Tinsley, the Beach family’s attorney. According to Tinsley, there was no precedent for staying the civil proceedings due to a criminal trial.

“The courts have universally put that issue to rest,” Tinsley told Hall.

Tinsley went on to say the question of whether to stay the case shouldn’t even be up for discussion – at least not until an attempt had been made to question Murdaugh under oath in connection with the lawsuit.

“Just because you look bad does not give you the right to stay a civil proceeding,” Tinsley said.

“Denying this motion to stay will promote the interests of the entire citizen base of the state of South Carolina as well as the entire justice system,” Tinsley said in a statement released to this news outlet after the hearing. “The dark cloud created by this saga that hangs over the heads of lawyers and judges in this state must be eradicated in order to rebuild the trust of the public in our judicial system. The only way to move forward is to hold Alex Murdaugh accountable to the same rules that apply to the general public. The notoriety that he has created for himself through his own actions cannot serve as a basis for granting him a stay in this civil case. In fact, granting him a stay in this case will only further tarnish the reputation of our state’s judicial system. This alone requires a denial of his motion to stay.”

Tinsley also made it clear Beach’s family has waited long enough to see justice in the wrongful death action.

“The Beach family lost their daughter in February of 2019,” he said. “They have endured this grueling litigation for over three years suffering countless attacks from multiple sources. It is simply too much, yet Alex Murdaugh desires to prolong their suffering and torture by utilizing this delay tactic that is designed to avoid the public from seeing the real facts in this case. Any burden on Alex Murdaugh is of his own making, while the Beach family are innocent victims who deserve justice and who desire their day in court. The judicial system likewise desperately needs this case to proceed to trial to show the world that the judicial system in South Carolina protects everyone and all that it stands for is not lost because of who is involved in the proceeding.”

One veteran attorney familiar with the case told me he would have been “shocked” had Hall granted the motion to stay the civil proceedings.

“Even when cases are completely related, the defendants have been forced to sit for a deposition in a civil case,” the attorney added. “Since these aren’t related, it is even more of a stretch.”

Hall accepted those arguments – and declined to issue a stay from the bench.

“Discovery in the boat case needs to continue on the schedule which it has been set,” he said. “We want to move the case forward as quickly as possible.”


However, Hall made it clear the civil case was highly unlikely to be tried in October as currently scheduled. Among the various reasons for the delay, he pointed specifically to the recent death of one of Murdaugh’s attorneys, the late John Tiller.

As the hearing progressed, it became clear one issue likely to dominate discussion moving forward was whether to “bifurcate” the defendants – in other words, whether to allow Tinsley to proceed against individual parties named in the wrongful death action one at a time.

Hall seemed amenable to that possibility – as did Harpootlian and Tinsley.

Who is exceedingly unlikely to go along with that idea, though? Attorneys representing Parker’s Kitchen and its owner, Greg Parker. Both are named as defendants in the wrongful death case owing to the fact Paul Murdaugh purchased alcohol at a Parker’s gas station using his brother’s drivers’ license prior to the crash.

While inebriated, Paul Murdaugh proceeded to crash Alex’s 17-foot, center console Sea Hunt fishing boat into a piling near the Archer’s Creek Bridge outside of Parris Island, S.C. shortly after 2:00 a.m. EDT on February 24, 2019, according to the indictments in his criminal case.

I spoke with Tinsley after the hearing and he indicated a trial involving only the Parker’s defendants could happen as soon as November. Asked whether he would be ready to try the case in November, Tinsley told me he was “ready to try it Monday.”