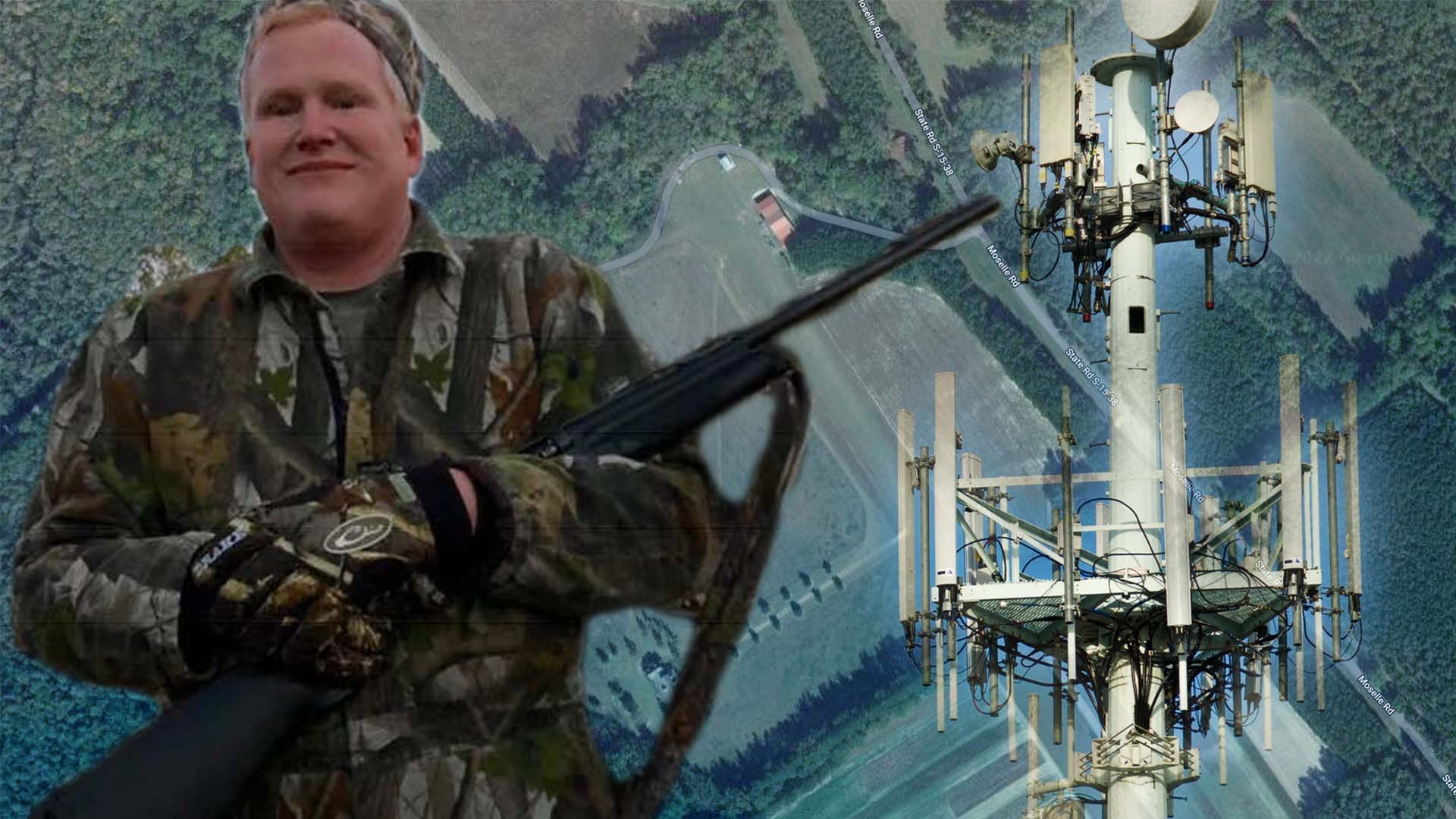 I am a huge fan of Hercule Poirot, the fictitious Belgian detective created during the early twentieth century by legendary author Agatha Christie. Appearing in nearly three dozen of her novels, Poirot has been portrayed over the years by some of history’s greatest actors – including Orson Welles, John Malkovich, Peter Ustinov, Kenneth Branagh and (definitively) David Suchet.

Poirot solved crimes using clues, logic and the application of his “little grey cells” (a.k.a. his mind).

Is that how criminals are unmasked today?

More often than not, whodunits are solved on the basis of technology – digitized camera footage, DNA evidence or (increasingly) geo-fencing data/ smartphone tracking. The more these technologies evolve and the deeper they impact our everyday lives – the more investigators and prosecutors must understand and utilize them in order to get to the bottom of their cases.

The process is not without controversy, though. While the enhanced precision afforded by smartphone technology has become instrumental in tracking the movements of criminals (and suspected criminals) – there are also essential privacy considerations to keep in mind.

First, though, some background: Geofencing/ smartphone tracking is made possible by the global positioning system (GPS) – a network of satellites owned and operated by the U.S. Space Force (USSF).

Conceptualized in the 1970s, the first fully functional GPS satellite was launched into earth’s orbit in 1989. By 1993, the system was operational. Since then, it has undergone multiple upgrades and expansions. Currently, it consists of 31 satellites providing continuous geolocation to billions of electronic devices, vehicles and other objects.

Translation? There is a grid … and we are all on it.

“Our phones contain the story of our lives,” Wood said in the video. “Where we’ve been, who we were with, how we got there, when we got there and when we left.”

Needless to say, such connectivity – to each other, to applications running on these networks and to the satellites whirring above – couldn’t have possibly been imagined by the founders of our nation in September 1789 when they drafted the Fourth Amendment to the U.S. Constitution.

Here is the language of that amendment (which was ratified on March 1, 1792) by the way:

The right of the people to be secure in their persons, houses, papers, and effects, against unreasonable searches and seizures, shall not be violated, and no Warrants shall issue, but upon probable cause, supported by Oath or affirmation, and particularly describing the place to be searched, and the persons or things to be seized.

The Fourth Amendment is an absolute bedrock protection for the citizens of our free society. It is fundamental to any conception of individual liberty – constituting a vital check against tyranny and unlawful persecution.

But how do we apply it to our contemporary, Matrix-esque dystopia? How does it work in a world in which broad swaths of the population get tractor-beamed every day into alternative realities of tribal politics, crass consumerism and all manner of violent, sexual imagery … all of which fits in the palm of their hands?

And goes wherever they go?

“Now there is no sound, for we all live underground.”

In 2018, the U.S. supreme court issued a groundbreaking privacy ruling related to the data accumulated by our movements across the grid. Based on a 2011 arrest, the court ruled in Carpenter v. United States (138 S. Ct. 2206) that probable cause must be established before a warrant could be issued for CSLI – or “cell-site location information.”

Previously, law enforcement had obtained this information based on “reasonable grounds to believe (that records) are relevant to an ongoing criminal investigation.”

“We decline to grant the state unrestricted access to a wireless carrier’s database of physical location information,” chief justice John Roberts wrote in the majority opinion. “In light of the deeply revealing nature of CSLI, its depth, breadth, and comprehensive reach, and the inescapable and automatic nature of its collection, the fact that such information is gathered by a third party does not make it any less deserving of Fourth Amendment protection.”

“The progress of science has afforded law enforcement a powerful new tool to carry out its important responsibilities,” Roberts added. “At the same time, this tool risks government encroachment of the sort the Framers, ‘after consulting the lessons of history,’ drafted the Fourth Amendment to prevent.”

Indeed … and the last dozen years has seen additional progress in the available “tools.”


There are two types of CSLI, incidentally – historical and real-time. The former allows police and prosecutors to review documented locations of individual cell phone towers in the hopes of retracing the movements of suspected criminals. The latter lets police obtain current location information – and track the future movements – of a phone belonging to a suspected criminal or person of interest in a criminal investigation.

Other data potentially available to investigators and prosecutors include GPS movements (both historical and real-time) and reverse location searches – which consist of tower dumps (a record of all devices connected to a certain cellular tower at a certain time) or geofencing (the use of location history databases to refine searches to within one or two feet).

As tracking becomes more precise, the battle over personal data has raged on. In March of this year, U.S. district court judge Hannah Lauck of the eastern district of Virginia ruled (.pdf) that authorities violated the Fourth Amendment when they used location data provided by Google to identify people present at the time of a 2019 bank robbery.

Lauch also sounded a warning regarding future requests … which as you can see from the latest Google transparency report are on the rise.

“This court will not simply rubber stamp geofence warrants,” she wrote. “If government is to continue to employ these warrants, it must take care to establish particularized probable cause. As the legal landscape confronts newly developed technology and further illuminates Fourth Amendment rights in the face of geofence practices, future geofence warrants may require additional efforts to seek court approval … or to limit the geographic and temporal information sought.”

That might be a good phrase to keep in mind … especially if you are a follower of the ‘Murdaugh Murders’ crime and corruption saga.

Regular readers of this news outlet are intimately familiar with this Southern gothic drama – which has ensnared 53-year-old attorney Alex Murdaugh, his powerful South Carolina family, the influential law firm it founded more than a century ago and multiple corrupt institutions underpinning all manner of alleged criminality in the swampy, Spanish moss-draped South Carolina Lowcountry.

Alex Murdaugh is at the heart of multiple state and federal criminal investigations – most notably an inquiry led by the S.C. State Law Enforcement Division (SLED) into the June 7, 2021 murders of his wife, 52-year-old Maggie Murdaugh, and younger son, 22-year-old Paul Murdaugh.

Maggie and Paul were killed at Moselle – the family’s sprawling 1,700-acre hunting property next to the Salkehatchie River on the border of Colleton and Hampton counties. Paul Murdaugh was hit by a pair of shotgun blasts – one to the head, the other to the arm and chest. Maggie Murdaugh was killed by multiple shots from a semi-automatic rifle at or around the time her son was killed. At least two of Maggie Murdaugh’s gunshot wounds were reportedly inflicted as she was laying on the ground – consistent with initial reports we received of “execution-style” slayings.

The bodies of both Paul and Maggie were ostensibly “discovered” by Alex Murdaugh, who called 9-1-1 at approximately 10:07 p.m. EDT on the night in question. It is not immediately clear when the murders took place, though.

Murdaugh reportedly provided investigators with an “ironclad” alibi for his whereabouts at the time of the shootings, and his attorneys told me at the outset of the murder investigation that he was “not a suspect” and had been “cooperating fully” with SLED.

Those accounts conflicted with what I heard from multiple sources with direct knowledge of the investigation, however. In fact on June 9, 2021 – less than forty-eight hours after the shootings – I exclusively reported Alex Murdaugh (above) was a “person of interest” in connection with the murders of his wife and son.

Indictments are expected any day related to the Moselle double homicide. And based on this new outlet’s extensive, exclusive reporting, it seems abundantly clear those indictments are going to land on the head of Alex Murdaugh – who is currently incarcerated at the Alvin S. Glenn detention center.

As FITSNews exclusively reported in April, high-velocity impact spatter was reportedly found on Murdaugh’s clothes, placing him at the scene of the murders at the time at least one of the victims was killed. Last month, we reported on audio and video evidence obtained by investigators which called into question statements provided by Murdaugh to investigators. FITSNews has also reported that Maggie Murdaugh appeared to have been lured to Moselle by her husband the night she died under the guise of visiting his dying father.

So … is geofencing helping investigators and prosecutors pull together a timeline of what happened thirteen months ago at Moselle? Or have investigators already provided “particularized probable cause” for warrants related to this data? And is information obtained from geofencing warrants helping them make their case against the murderer(s)?

We won’t know for sure until the murder indictments drop, but sources familiar with the case have said geofencing could be part of the “mountain of evidence” that has been gathered against Alex Murdaugh.

SLED public information director Renée Wunderlich declined to comment on anything related to the Moselle murders – citing the agency’s ongoing investigation into the crime. As for SLED’s general use of geofencing, she said it fell under multiple policy umbrellas.

“SLED’s utilization of geofencing falls under a variety of policies,” Wunderlich told me, adding that “SLED follows state law.”

Murdaugh attorney Dick Harpootlian was not immediately available to comment on this report. Should I receive a response from Harpootlian, I will update this article accordingly.