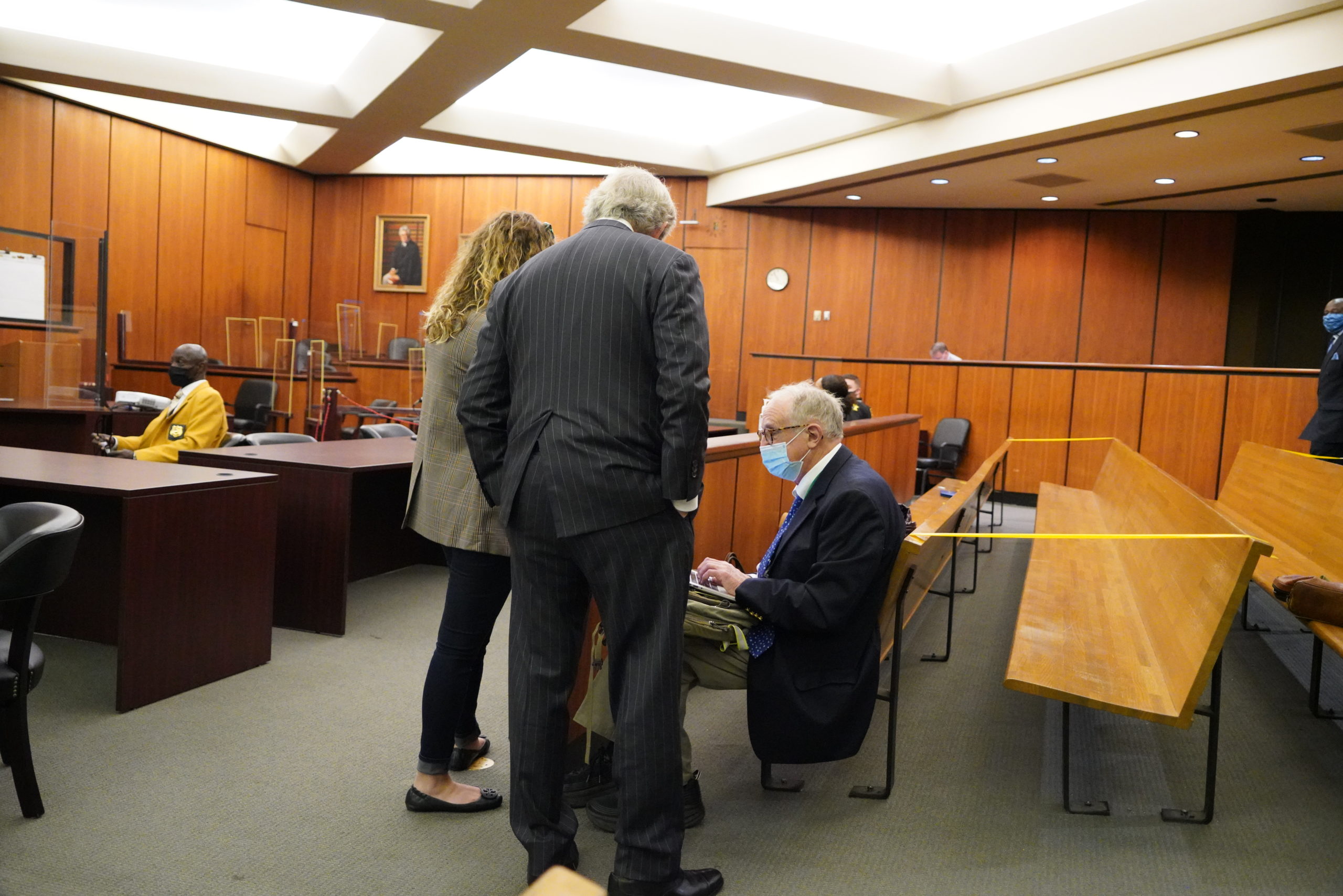 Earlier this month, reporter John Monk of The (Columbia, S.C.) State newspaper was named “journalist of the year” by the South Carolina Press Association (SCPress.org). The organization further honored Monk and three of his colleagues from the McClatchy media conglomerate with multiple awards for “breaking news reporting” related to their coverage of the ongoing ‘Murdaugh Murders’ crime and corruption saga.

Everyone (except the press association) knows this news outlet broke the Murdaugh story, people. And not only did we break it, we have driven coverage of this case ever since – beating our much larger competitors to the punch on nearly every major development in this story (including last week’s indictments of the first alleged co-conspirators).

That’s not an opinion. Nor is it braggadocio. It is simple fact.

Monk has distinguished himself in his coverage of the Murdaugh saga – just not in a good way. His coverage has been noteworthy in its subservience to the status quo – particularly attorneys Dick Harpootlian and Jim Griffin, who are representing Alex Murdaugh as he stares down the business end of at least seven state criminal investigations (and a federal probe which is clearly ramping up).

Murdaugh is the man at the center of this unspooling drama – which includes spokes extending outward to his influential family, the powerful law firm it founded and a web of institutional allies and obedient sycophants. Harpootlian and Griffin? They are Murdaugh’s “bulldog” lawyers (who claim to be working for free, incidentally).

Who are they really working for, though? That is the question I want to see answered …

As for Monk, he is rapidly earning a reputation as Harpootlian and Griffin’s media “fixer.” Or perhaps more accurately … their fluffer.


Last fall, Monk penned an “obsequiously platitudinal tome” which waxed in “blush-worthy detail” about these “bulldog” lawyers. In his report, he praised the two “heavyweight” attorneys – whose “resumes (are) stuffed with high-profile civil and criminal cases” – for their work, and appears to have been rewarded for his trouble with a steady stream of fresh leaks from them and their network of sources.

The problem? Harpootlian and Griffin only have so much to give. Also, the not-so-dynamic duo have been getting their asses handed to them ever since taking on Murdaugh as a client … a trend which continued last week.

More fundamentally, these lawyers are not on the side of truth. From the very beginning of this saga, Harpootlian and Griffin have been engaged in an ongoing effort to “deceive, obfuscate, misdirect and evade” on behalf of whoever it is they are really defending.

Is that surprising? No. What is surprising, though (and profoundly disappointing), is how “the South Carolina press corps has swallowed these lies … and not only that, raised the liars on a pedestal.”

Maybe they are all defending the same corrupt institutions?

The spin continued this weekend when Monk published a sprawling, subscription-only opus which bore an uncanny resemblance to the infamous 1964 Warren Commission report in its attempts to pin a massive conspiracy squarely onto the head of one person.

Seriously … why dig any deeper when you’ve found your fall guy?

According to the “award-winning” scribe, everything is Alex Murdaugh’s fault. Pay no attention to the corrupt institutions propping him up … right?

The story proceeded to offer full absolution to the former Peters, Murdaugh, Parker, Eltzroth and Detrick (PMPED) law firm – which changed its name a day after it was implicated in some of Murdaugh’s alleged financial schemes. These scams have deprived clients of nearly $9 million at last count.

Part of the state’s “storied legal profession,” PMPED was guilty of nothing other than falling for Murdaugh’s lies, according to Monk.

In fact, Monk claimed that for ten years “not one partner in Murdaugh’s firm noticed anything wrong.”

PMPED claimed to have learned of Murdaugh’s alleged financial misdeeds on September 2, 2021 – at which time they alerted authorities and removed him as a partner, according to Monk. The firm also sued Murdaugh the following month – claiming he stole more than $10 million from its coffers.

No one was buying that line last fall … and they sure as hell aren’t buying it now.

To hear Monk tell it, though, Murdaugh was able to steal millions of dollars from his clients (and allegedly from his former partners) because PMPED “had few financial controls to guard against in-house embezzlements by lawyers.”

Monk also cited “an atmosphere of trust” between Murdaugh and his clients – as if that attorney-client relationship had any bearing whatsoever on the relationship between the disgraced lawyer and his former colleagues.

Later in his story, he cites an anonymous source as claiming the Murdaugh firm “operated on an honor system when handling client’s accounts.” He also quoted an unnamed spokesperson for the firm as saying it has “updated its financial practices” – although the spokesperson could not identify a single new security procedure put in place in the aftermath of the recent fleecings.

What a whitewash, people …

In contrast with Monk’s exonerative pablum, I am reliably informed the South Carolina statewide grand jury – the prosecutorial entity currently hearing evidence and handing down indictments against Murdaugh and his alleged coconspirators – has been provided with a substantially less rosy picture of what transpired at PMPED.


One witness called to testify before the grand jury about PMPED’s internal operations? Jeanne Seckinger, the firm’s controller and the sister-in-law of Russell Lafitte, former chief executive officer at Palmetto State Bank.  This, of course, is the financial institution allegedly used by Murdaugh to carry out his embezzlement.

Lafitte was fired from his position with Palmetto State Bank three months ago as the alleged proximity of the institution to various Murdaugh-related financial crimes became clearer.

“Palmetto State Bank has this afternoon permanently severed the employment of Russell Laffitte, effective immediately,” a statement from the bank noted.

Lafitte has been cooperating with authorities in their ongoing investigations, according to his attorney.

Which reminds me …. there are other, deeper, more sinister connections between the firm and the bank that will soon come to light.

But hey … move along … nothing to see here, right?

Right. According to Monk, anyway.

“John is trying to package this up nice and tight for his boys,” a journalist tracking this story told me upon reading his latest piece.

One example? A demonstrative falsehood tucked into the article regarding on-the-record statements from Murdaugh’s “bulldog” lawyers.

That is an outright lie, people. In fact, the opposite is true. During an ill-fated appearance on NBC’s Today show last fall, Harpootlian admitted his client’s alleged role in various financial scams – and attempted to pin everything on Murdaugh’s alleged opioid addiction.

“It was uncovered that he had perhaps, not perhaps, he had converted some client and law firm money to his use and again spent most of that on opioids,” Harpootlian told host Craig Melvin.

Again, note Harpootlian’s phrasing … “not perhaps.” Baretta did that sh*t.

Murdaugh – like anyone accused of committing any crime – is absolutely considered innocent until proven guilty by our criminal justice system. Everyone knows that. But that’s not what Harpootlian said about his client.

Beyond that, readers will recall the math associated with Harpootlian’s “opioid addiction” claim collapsed faster than the “roadside shooting” yarn he and Griffin attempted to spin on the mainstream media last Labor Day.

To hear the “bulldogs” tell it, their man was a victim of vigilante justice …

In reality? It was just another one of his (their) scams.

As I said last fall, I like Monk. And respect his abilities. But I am beginning to revisit my prior assessment of him as “a fair reporter – one who is committed to finding the truth buried deep within this still-expanding maze.”

As this story continues to unfold, Monk seems to be far more interested in burying the truth than uncovering it. Which, frankly, is a sad commentary on the state of journalism in South Carolina.

‘All My Love!’: In Plea To The Georgia Bar, Fleming Includes Texts and A Letter From Alex Murdaugh