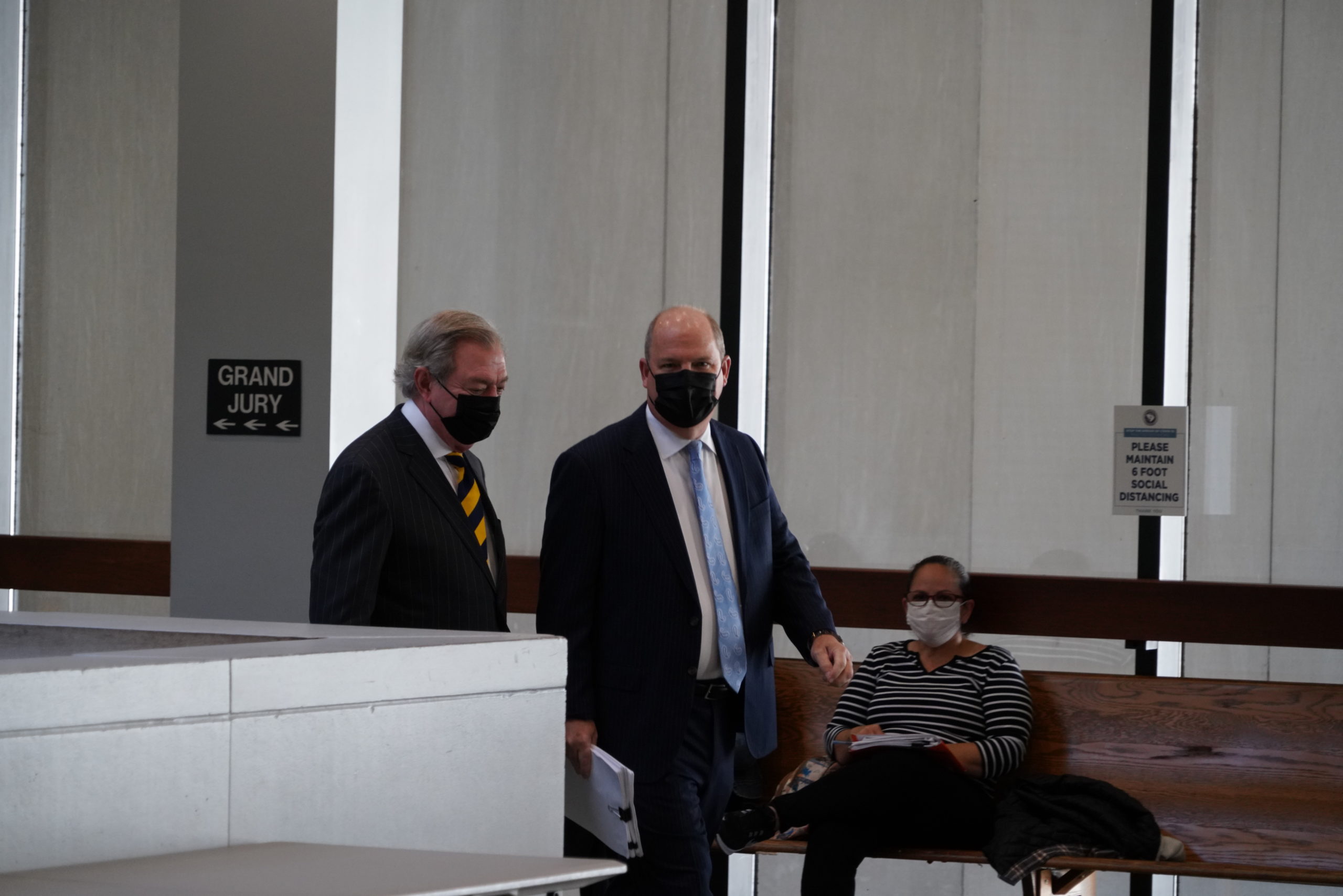 An attorney representing the interim director of the Alvin S. Glenn detention center in Richland County, South Carolina took the two “bulldog” attorneys for its most famous inmate to school in a filing submitted in federal court this week.

Murdaugh has been imprisoned at “the Glenn” since October 16, 2021. He is currently being held on a $7 million bond in connection with dozens of criminal charges tied to various financial scams.

In fact, additional charges were filed against him this week.

Last month, an initial round of Murdaugh’s jail house phone calls were obtained exclusively under the South Carolina Freedom of Information Act (FOIA) by FITSNews and the Murdaugh Murders Podcast, which was founded by our news director Mandy Matney.

Harpootlian and Griffin filed a lawsuit last week in federal court trying to block the release of any future calls. Last Tuesday, the “bulldog” duo stepped up these efforts – filing a motion (.pdf) seeking a “preliminary injunction” which would forbid the detention center from “disclosing to anyone the intercepted telephone communications between (Murdaugh) and others in response to a records request.”


Anyway, multiple judges have been assigned to this case – only to be un-assigned. Or to recuse themselves.

Harpootlian and Griffin have argued Title III of the federal wiretapping statute “prohibits the disclosure of recorded telephone communications of inmates to the public in response to a records request.”

However, our executive editor Liz Farrell – who submitted the FOIAs for the phone calls – noted the U.S. Court of Appeals ruled in a 2003 case (Smith v. U.S. Department of Justice) that Title III does NOT prohibit the disclosure of such calls, and therefore the calls are not exempt from FOIA.

Farrell also spoke with First Amendment expert Jay Bender, who told her the Murdaugh calls were public records which the detention center was obligated to release under FOIA.

”If you know your calls are being recorded, you have no reasonable expectation of privacy,” Bender said. “So … as long as the recordings are being made, and you make a request for access to them, the jail will be required to give you access to those recordings, because those are public records under the law.”

In his response to Harpootlian and Griffin, Lindemann cited the appeals court case referenced by Farrell – as well as additional case law from multiple circuit courts – in affirming that the jail house calls are indeed public records subject to FOIA.

According to Lindemann, “recordings of an inmate’s telephone communications made while imprisoned are not subject to Title III or any of its limitations on disclosure” – meaning Harpootlian and Griffin’s attempt to suppress them on that basis “will most certainly fail.”

Lindemann added that the two Murdaugh lawyers “have not presented any evidence nor legal justification for the extraordinary relief of a preliminary injunction” and, as such, “cannot show a likelihood of success on the merits of his claim for injunctive relief.”

”(Plaintiff) has woefully failed to demonstrate a likelihood of success on the merits,” Lindemann noted.

In addition to schooling Harpootlian and Griffin on the law, Lindemann pointed out how their client – in addition to being explicitly advised that each call was being monitored and recorded – should have known FOIA provisions applied to his conversations.

”(Plaintiff) himself is a trained lawyer and should be very familiar with FOIA and its broad application under South Carolina law,” he noted.

In other words, Murdaugh should have known better.

Lindemann’s response on behalf of Kitchen was masterful – and even more impressive considering his client wasn’t even the person who made the decision to release the calls.

As Kitchen noted in an affidavit accompanying the filing (.pdf), he does “not personally make any decisions as to what public records in the possession of (the detention center) may be subject to disclosure under FOIA or many be subject to exemptions under FOIA or whether an exemption should be exercised.”

Those decisions, according to Kitchen, reside exclusively with the county ombudsman’s office, the county attorney’s office, or both in consultation.”

In other words, Harpootlian and Griffin didn’t even sue the right office …


One final note of interest? The S.C. Press Association (SCPA) – which touts itself as an organization devoted to transparency – has yet to file an amicus brief in connection with this case. During “transparency week,” no less. In fact, many of the mainstream media reporters covering the story – who belatedly filed FOIAs for the jail house calls we exclusively received – have been parroting Harpootlian and Griffin’s talking points for months.

All while collecting “awards” for purportedly “breaking” the Murdaugh story … (sigh).

Their silence on this matter speaks volumes … as does their acceptance of awards they didn’t earn.

Anyway, in addition to the mountain of financial crimes he is facing, Murdaugh is also a “person of interest” in connection with a gruesome double homicide that took place last June at “Moselle” – his family’s hunting property located just five miles northeast of Hampton, S.C. That shooting claimed the lives of his wife, 52-year-old Maggie Murdaugh, and their son, 22-year-old Paul Murdaugh.

In fact, recent reports indicate there is physical evidence which links Murdaugh directly to these shootings.

At the time of his death in June 2021, Paul Murdaugh was facing three felony boating under the influence charges in connection with a February 24, 2019 boat crash that killed 19-year-old Mallory Beach of Hampton, S.C. Alex Murdaugh is also under investigation for allegedly obstructing justice in the aftermath of that fatal crash.

Quite the maze of alleged criminality, huh? And that’s before we even get to the public corruption component.

Sources familiar with the Moselle investigation tell us the S.C. State Law Enforcement Division (SLED) is making “significant progress” on the case however, as of yet, there is no timetable for charges to be filed.