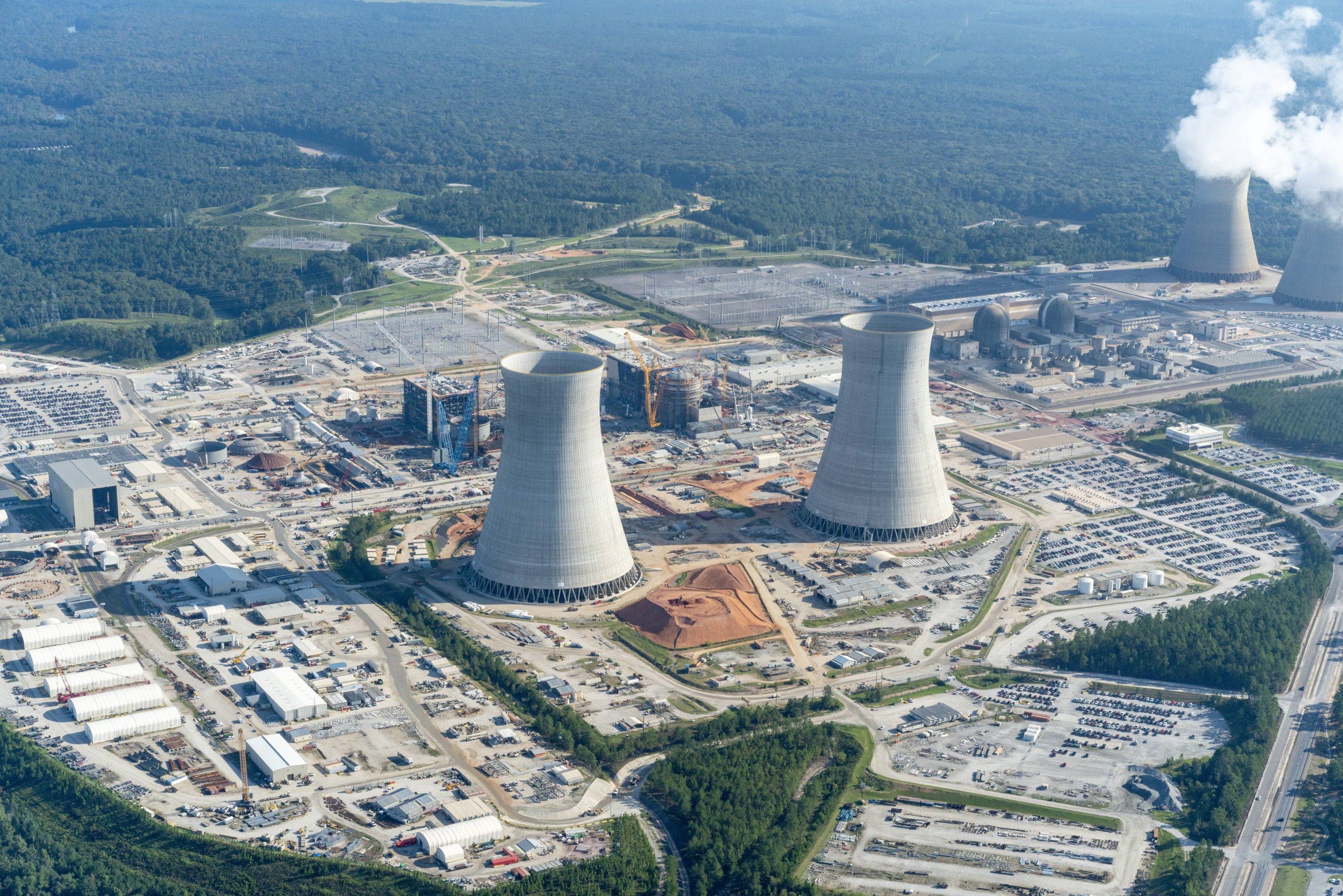 Earlier this month, I penned a detailed update on the status of Plant Vogtle (a.k.a. the Alvin W. Vogtle electric generating plant in Burke County, Georgia). This massive project is spearheaded by Georgia Power, a subsidiary of Southern Company.

Assuming the project is ever finished …

Sound familiar? A similar project in the Palmetto State – one pushed by liberal lawmakers – went tits up in July of 2017. This command economic debacle – which I christened ‘NukeGate‘ – has set South Carolina taxpayers and ratepayers back by about $10 billion.

Southern is a 45.7 percent stakeholder in Vogtle.  Oglethorpe Power owns 30 percent of the project, while subsidiaries of the Municipal Electric Authority of Georgia own 22.7 percent. The remaining 1.6 percent is owned by Dalton Utilities.

Relying on these entities to finish construction of the project? South Carolina’s Santee Cooper … the abysmally managed, government-run (I know, I repeat myself) utility which has been plunged deeper in debt due to its involvement in NukeGate.


To recap: Santee Cooper and its private sector partner – SCANA – were charged with building a pair of next-generation pressurized water reactors at the V.C. Summer nuclear generating station in Jenkinsville, S.C. at a cost of $9.8 billion.

The money was spent, but the reactors weren’t completed (or even half-completed) – and the utilities couldn’t afford the $10-16 billion price tag necessary to finish them. Even worse, executives at both utilities knew the reactors were doomed for years and didn’t warn the public. Instead, they allegedly concealed this critical information from regulators while they continued to raise rates and rack up additional debt.

None of its leaders were ever held accountable for their actions, though. In fact, they got rewarded. Meanwhile, state lawmakers who plunged the state into this debacle – led by S.C. senator Luke Rankin – have continued to allow Santee Cooper to run up the red ink.

With Santee Cooper incapable of reforming itself, Plant Vogtle is literally its last option for procuring the power necessary to meet the demands of its customer base (which includes the state’s network of electric cooperatives).

Is that option ever going to materialize, though?

Last month, Georgia media outlets reported on yet another disappointing Vogtle update. Specifically, alleged “construction quality” issues meant the most recently articulated completion dates for the two reactors – November 2022 for reactor three and November 2023 for reactor four – were also unlikely to be met, according to reporter Abraham Kenmore of The Augusta Chronicle.

According to Kenmore, the reactors are not scheduled to come online until February 2023 and February 2024, respectively, at the earliest. Kenmore’s report also featured some illuminating exchanges between Donald Grace – one of the Vogtle project monitors – and attorneys for Georgia Power.

According to Kenmore, Grace was asked by a Southern attorney whether the company was using accurate estimates in assessing the cost and timing of the project.

“Since you asked it I will answer it,” Grace said. “My honest answer is I think you’ve been trying to continue to justify the project … and by projecting an incremental cost that fits within the bounds of justification that’s the way to do it, and to delay as late as possible what the real costs are going to be.”

This week there was more bad news for Vogtle. According to a new report (.pdf) from the Institute for Energy Economics and Financial Analysis (IEEFA), “delays, mismanagement (and) cost overruns” are going to leave ratepayers with an “enormous cost burden.”

Specifically, the report concluded that “Georgia Power has repeatedly misled the public service commission and its staff about the project’s likely cost and schedule and the costs to customers will be extremely high.”

“There is clear evidence that Vogtle 3 and 4 will be very expensive sources of power,” said David Schlissel, the report’s author and IEEFA’s director of resource planning and analysis.. “Our analysis found the costs of power from Vogtle 3 and 4 will be five times as expensive as the same amount of electricity obtained from renewable sources, such as a solar-plus-battery-storage facility.”

If only lawmakers and regulators in Georgia (and for that matter, South Carolina) had been warned, right?

“The company was warned back in 2008 that using a new unproven reactor design from Westinghouse for the new Vogtle reactors was likely to lead to cost overruns and major schedule delays,” Schlissel said. “However, the company challenged and the commission disregarded these warnings.”

“I support nuclear power,” I wrote earlier this month. “It is clean, efficient and safe (usually) – and should absolutely be part of the bridge from environmentally unfriendly sources of power to a more sustainable energy mix dominated by renewables. But government and political meddling in this industry continues to create a massive drain on taxpayers and ratepayers – with the collapse of V.C. Summer and the ongoing delays associated with Vogtle serving as exhibits A and B when it comes to the inefficacy of command economic speculation.”

And the drain only gets worse the longer Vogtle is delayed …

It has been a momentous week on the energy front for South Carolina and its neighboring states. Earlier this week, my news outlet exclusively reported on a decisive opinion issued by S.C. attorney general Alan Wilson’s office. That opinion addressed a proposed “taxation without representation” scam being pushed by Charlotte-based Duke Energy

Guest Column: Charleston Sea Wall? The Tide Has Other Thoughts