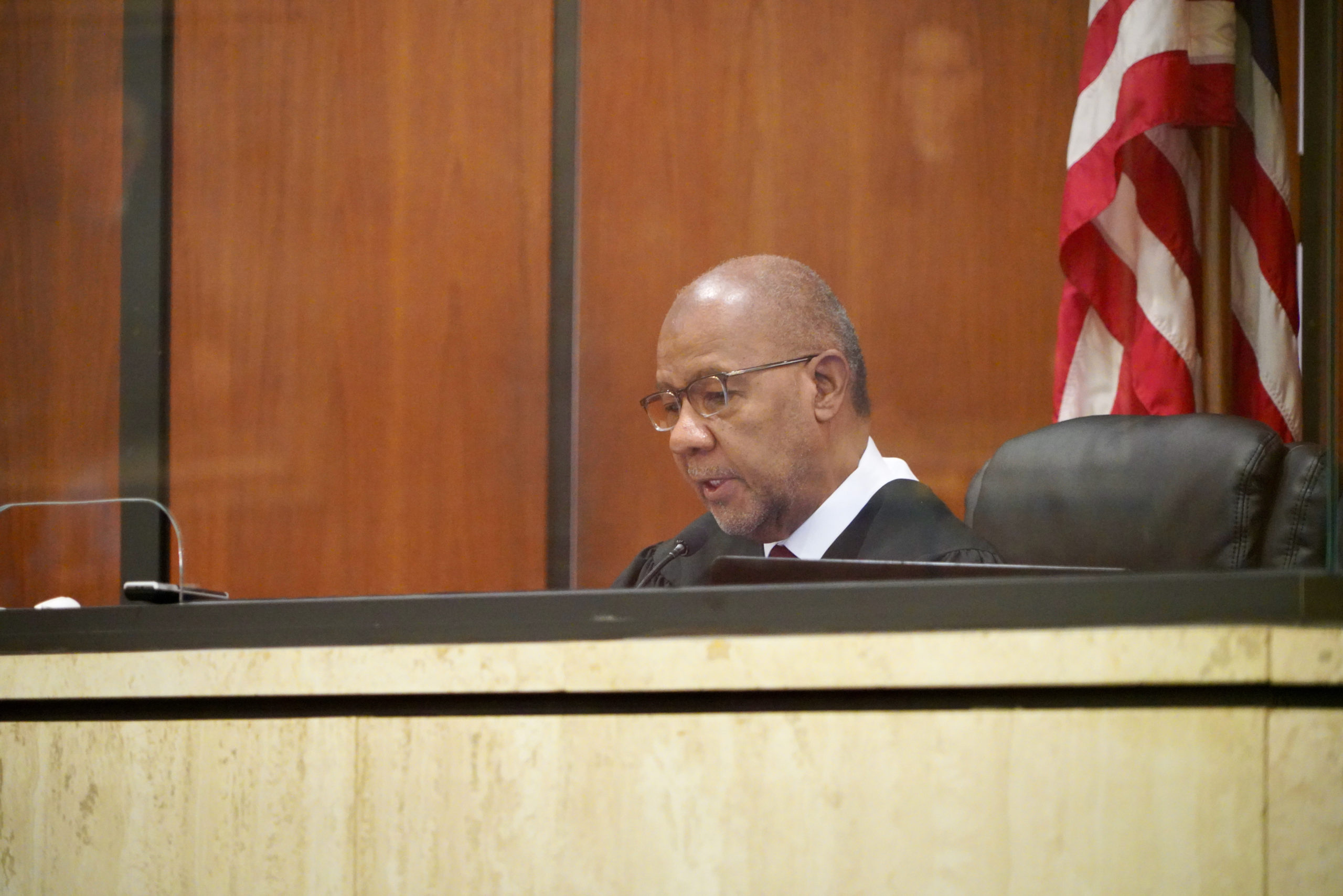 A month ago, this news outlet reported exclusively on the appointment of South Carolina circuit court judge Clifton Newman as the presiding judge in all matters related to the ‘Murdaugh Murders’ true crime saga – a made-for-Hollywood tale that continues to veer wildly into the unknown.

Specifically, Newman was tapped by chief justice Donald Beatty to hear motions related to the various criminal charges filed in connection with these ongoing investigations. Newman has also been charged with setting bond for defendants in these cases – as well as signing off on search warrants sought by investigators as they continue to probe this far-ranging criminal enterprise.

Among those criminal inquiries? An investigation seeking to determine who savagely murdered Murdaugh’s wife, Maggie Murdaugh, and youngest son – 22-year-old Paul Murdaugh – on June 7, 2021 at the family’s Moselle hunting property.


Numerous civil cases are also advancing through the state’s legal system related to the collapsing Murdaugh empire – some more credible than others.

While Newman is handling the criminal cases, the initial civil case has been assigned to S.C. circuit court judge Daniel D. Hall of York, S.C. And yes, both of these court processes have gotten political … (see here and here).

As SLED continues to investigate, the office of S.C. attorney general Alan Wilson is handling the prosecution of any individuals who are charged in connection with these alleged crimes. So far, two individuals have been charged – including Alex Murdaugh, who is facing five criminal charges in connection with his alleged role in two of those inquiries.

In reporting on Newman’s appointment to this post, I noted it was “viewed as a bad omen for Alex Murdaugh and the lengthy list of likely defendants expected to follow him in the criminal queue.”

Specifically, I referenced the 70-year-old judge’s reputation for being “tough, but fair.” Others noted Newman was “not a good draw for Murdaugh and the others who will be charged.”

“They are all going to prison,” one veteran South Carolina criminal defense attorney told me.

On Tuesday morning, Newman lived up to his reputation – and then some – when he denied bond to Alex Murdaugh on a pair of felony property theft charges the disgraced attorney is facing in connection with the suspicious death of Gloria Satterfield nearly four years ago. Satterfield was the Murdaugh family’s housekeeper and nanny for more than two decades. She died on February 26, 2018 after a “trip and fall” incident at the Murdaugh’s Colleton County home – the same property where Maggie and Paul Murdaugh were found murdered on June 7, 2021.

Murdaugh and others are accused of making off with millions of dollars from Satterfield’s wrongful death settlement. Also worth noting? SLED special agent Phillip Turner – who was called to testify by the judge – noted during Tuesday’s proceedings that the law enforcement agency was still investigating “the actual cause of Ms. Satterfield’s death.”

As news director Mandy Matney reported, Newman described Murdaugh as a “danger to himself” and to the community – ordering him to remain incarcerated and to undergo a psychiatric evaluation during his stay at the Alvin S. Glenn detention center in Columbia, S.C. on the felony property theft charges.

“There’s no amount of bond the court can set that can provide safety to Mr. Murdaugh and the community,” the judge said.

Newman’s ruling shocked a packed courtroom of attorneys and reporters. Frankly, it shocked me too.

After all, Newman not only rebuked the recommendation of powerful defense attorneys Dick Harpootlian and Jim Griffin (above) – who suggested Murdaugh receive a personal recognizance bond – but he overstepped even the recommendation of Wilson’s deputy, Creighton Waters, who argued the defendant should have been granted a $200,000 surety bond with ankle monitoring as one of its conditions.

Oh, Waters’ bond request was considered aggressive, too, based on the charges Murdaugh was facing … although the attorney general’s office obviously had no issue with Newman’s decision.

Newman didn’t stop there, though … he even went past the bond recommendation suggested by attorney Ronnie Richter, one of two lawyers representing the Satterfield family. Richter suggested Murdaugh be granted a $4.3 million bond – an amount equivalent to the allegedly stolen settlement funds.

Newman wasn’t having that, either. He straight up denied bond.

In other words, when presented with “hot, medium and mild” options for this particular bond hearing, Newman went nuclear.

Talk about a night and day difference from the previous Murdaugh bond hearing, when the 53-year-old lawyer got off easy from a local magistrate with ties to his influential family. In fact, the $20,000 bond Murdaugh got in connection with the first round of charges filed against him – tied to a bizarre roadside shooting incident doubling as an insurance scam – appeared to have been set by the magistrate before she heard the arguments.

Such “home cooking” was unavailable to Murdaugh in judge Newman’s courtroom … which is why he was led away from the courtroom in handcuffs.

(Via: Via: Will Folks/ FITSNews.com)

Obviously, one rock solid ruling does not mean the Palmetto State’s notoriously imbalanced judicial system is going to start consistently tilting in the right direction on this case. In the immortal words of Rod Tidwell, I have been to this particular puppet show … and seen the strings.

There will be dozens of future hearings and rulings related to this and other Murdaugh-related cases, so the significance of what happened on Tuesday morning should probably not be overstated in the grand scheme of things.

There are miles to go, people …

Still, to say Newman sent a message – and did so at a critical early moment in this process – doesn’t give the man his due. He did way more than just “send a message.” He put the equivalent of a bottle rocket up the backside of Murdaugh and his powerful attorneys … and proceeded to light the fuse.

“He is the perfect judge for this case,” a prosecutor following the proceedings told me on Tuesday afternoon. “He has no ‘friends’ – and I mean that as a compliment – and doesn’t care about making friends. He is unapproachable by prosecutors and defense attorneys.”

Good … let’s hope that “unapproachable” approach not only continues as it relates to this high-profile case, but more importantly, let’s hope it begins to spread across a corrupt judicial branch desperately in need of a purge.