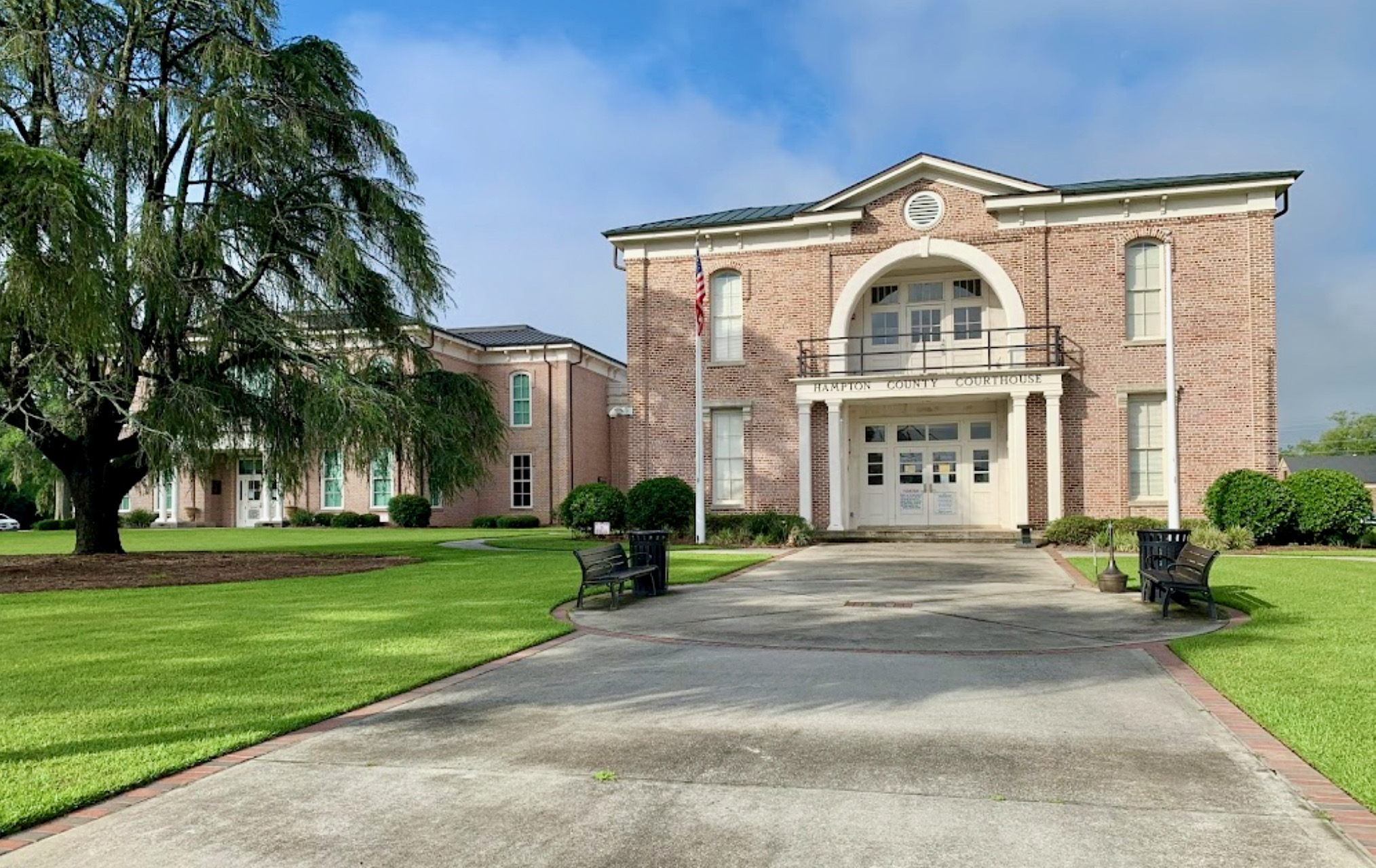 There was a lot to unpack this week in Hampton county, South Carolina after Alex Murdaugh – the man at the epicenter of the convoluted ‘Murdaugh Murders’ true crime saga – appeared in one of the Lowcountry courtrooms where he and his family have held sway over regional justice for decades.

Murdaugh, 53, surrendered earlier in the day to agents of the S.C. State Law Enforcement Division (SLED) – the agency currently investigating no fewer than six criminal inquiries involving the attorney, his family and the prestigious Peters, Murdaugh, Parker, Eltzroth and Detrick (PMPED) law firm it helped found.

PMPED has won huge judgements from friendly juries in Hampton county for decades, while members of the Murdaugh family occupied the office of local solicitor – or district attorney – for nearly a century between 1920-2006.

As of this writing, Murdaugh is facing three charges in connection with one of these six active criminal probes – the investigation into a bizarre shooting incident that took place on September 4, 2021 on the side of a rural road near Varnville, S.C. Murdaugh has been accused of insurance fraud, conspiracy to commit insurance fraud and filing a false police report in connection with that incident – which was exclusively reported by this news outlet.

According to SLED, Murdaugh has acknowledged conspiring with 61-year-old Curtis Edward “Eddie” Smith to stage his own murder so his surviving son could collect on a $10 million insurance benefit. Smith – whose arrest was also exclusively reported by this news outlet – has been described by sources close to the Murdaugh family as Alex Murdaugh’s “personal drug dealer.”

Obviously, the alleged conspiracy between Murdaugh and Smith – which the latter is now referring to as a “set-up” – is a far cry from the story the family and its lawyers tried to spin. Jim Griffin – a well-known criminal defense attorney from Columbia, S.C. who is representing Murdaugh – offered up quite the whopper to the mainstream press following the shooting, claiming his client stopped to inspect a flat tire on the Mercedes-Benz SUV he was driving (even though the vehicle was equipped with run-flat tires).

According to Griffin, a truck passed Murdaugh on the road as he was inspecting the flat tire – which the attorney said “appeared to have been slashed.” The driver of the truck then circled back to the scene and purportedly asked Murdaugh if he was having car trouble, according to Griffin’s version of events.

Then he allegedly shot Murdaugh in the head.

This narrative of a “random roadside shooting” quickly began to collapse, though, and then completely fell apart as incriminating details from the crime scene – first reported by this news outlet – began emerging.

Of course, the subterfuge surrounding the events which preceded the roadside shooting is absolutely nothing compared to the blatant lies told in its aftermath.

WHITHER THE HEAD WOUND?

Following the shooting, Griffin made all sorts of claims to the mainstream media – going out of his way to dramatize the seriousness of the wound his client sustained. To hear Griffin tell it, Murdaugh’s head injury was something straight out of the Zapruder film.

Specifically, Griffin claimed Murdaugh sustained “entry and exit wounds” from the bullet that struck him. He also claimed the projectile fractured his client’s skull, causing hemorrhaging in his brain and leaving him temporarily blind. All of this was first reported by The (Charleston, S.C.) Post and Courier, a Pulitzer Prize-winning paper which is one of many mainstream media outlets to have missed the proverbial boat on this saga from the very beginning.

“He’s very lucky to be alive,” Griffin told the paper, referring to his client’s wounds as “significant.”

Murdaugh’s condition was so serious, allegedly, it required him to be airlifted to a Savannah, Georgia hospital – although it is worth recalling Griffin told members of the mainstream media his client had been transported to a government-run hospital in Charleston, S.C.

From the very beginning, SLED referred to the gunshot wound sustained by Murdaugh as “superficial.”

Furthermore, five days after the shooting, an incident report from the Hampton county sheriff’s office – the agency which first responded to the crime scene – claimed Murdaugh had “no visible injuries.”

The sheriff’s office later retracted this report and claimed Murdaugh had indeed suffered a “major injury.”

This phrase – “no visible injuries” – came rushing back to the forefront of everyone’s minds on Thursday when Murdaugh appeared in court looking no worse for the wear following the “life-threatening” head wound he allegedly sustained less than twelve days earlier.

Where, exactly, on his head was he wounded? Good question …

“Murdaugh’s mugshot from Hampton county did not reveal any visible injuries and none were clearly seen during his bond court appearance Thursday afternoon, nor were any bandages still present from the September 4 shooting,” Tim Renaud of WCBD TV-2 (NBC – Charleston, S.C.) reported.

On Saturday, Murdaugh attorney Dick Harpootlian told this news outlet the bullet fired by Smith “grazed” Murdaugh’s head – and that medical records affirming the extent of his injuries would be presented to the public. Harpootlian declined to say when these records would be released, however.

Meanwhile, as noted earlier, Smith is now claiming Murdaugh attempted to frame him.

“I was set up to be the fall guy,” Smith told Dana Kennedy of The New York Post. “And those damn pictures of me in the newspaper! I was looking at them this morning. They didn’t let me take a damn shower!”

Kennedy’s story referred to Smith as a “hillbilly hitman.”

ABOUT THAT BOND AMOUNT …

The other major story line from the hearing on Thursday was the amount of the personal recognizance bond set by Hampton county magistrate Tonja Alexander: $20,000. Oh, and the fact Murdaugh will not be required to wear an ankle monitor as a condition of his release.

While the five-figure bond amount set by Alexander was certainly not out of the ordinary for charges of this sort, the office of S.C. attorney general Alan Wilson – which is prosecuting all of the Murdaugh-related cases – requested a surety bond in the amount of $100,000 and asked the magistrate that Murdaugh to be required to wear a monitor.

Also, a surety bond would have required Murdaugh put up at least ten percent of the total bond amount – or $10,000, had the attorney general’s request been honored – to a licensed bail bondsman. The bond would be forfeited if Murdaugh violated its terms.

In making the request, Wilson’s office – represented by deputy assistant attorneys general Creighton Waters and Megan Burchstead – argued Murdaugh is a flight risk. Which he clearly is.

Given the exigent and aggravating factors associated with this particular defendant – notably Murdaugh’s potential to harm himself (and others) as well as his close proximity to multiple other criminal inquiries – I believe the bond request made by Waters and Burchstead was reasonable, and that Alexander should have accepted it.

At the very least this county magistrate – whose family is closely tied to the Murdaughs – should have considered prosecutors’ arguments before dismissing them out of hand. But that didn’t happen either.

As it happened, Murdaugh’s $20,000 bond was posted on the S.C. fourteenth judicial circuit’s public index several hours before the hearing on Thursday. Although quickly removed from the website, the damage to the public trust was done.

The fact the exact bond amounts (and terms of the bond) were posted hours before prosecutors were given an opportunity to make their recommendation – let alone argue the merits of their request – indicates the magistrate had made her decision well in advance of hearing all the facts.

Again, such hip-shooting jurisprudence is hardly unique in South Carolina’s “justice” system – but the posting of the bond amounts hours ahead of time is indicative of something deeper.

In fact, it certainly seems to indicate the influence of the Murdaughs over the “justice” system in Hampton county remains very much intact – which could have serious repercussions on the pursuit of real justice for any number of victims.

South Carolina Versus Georgia: ‘So You’re Telling Me There’s A Chance’