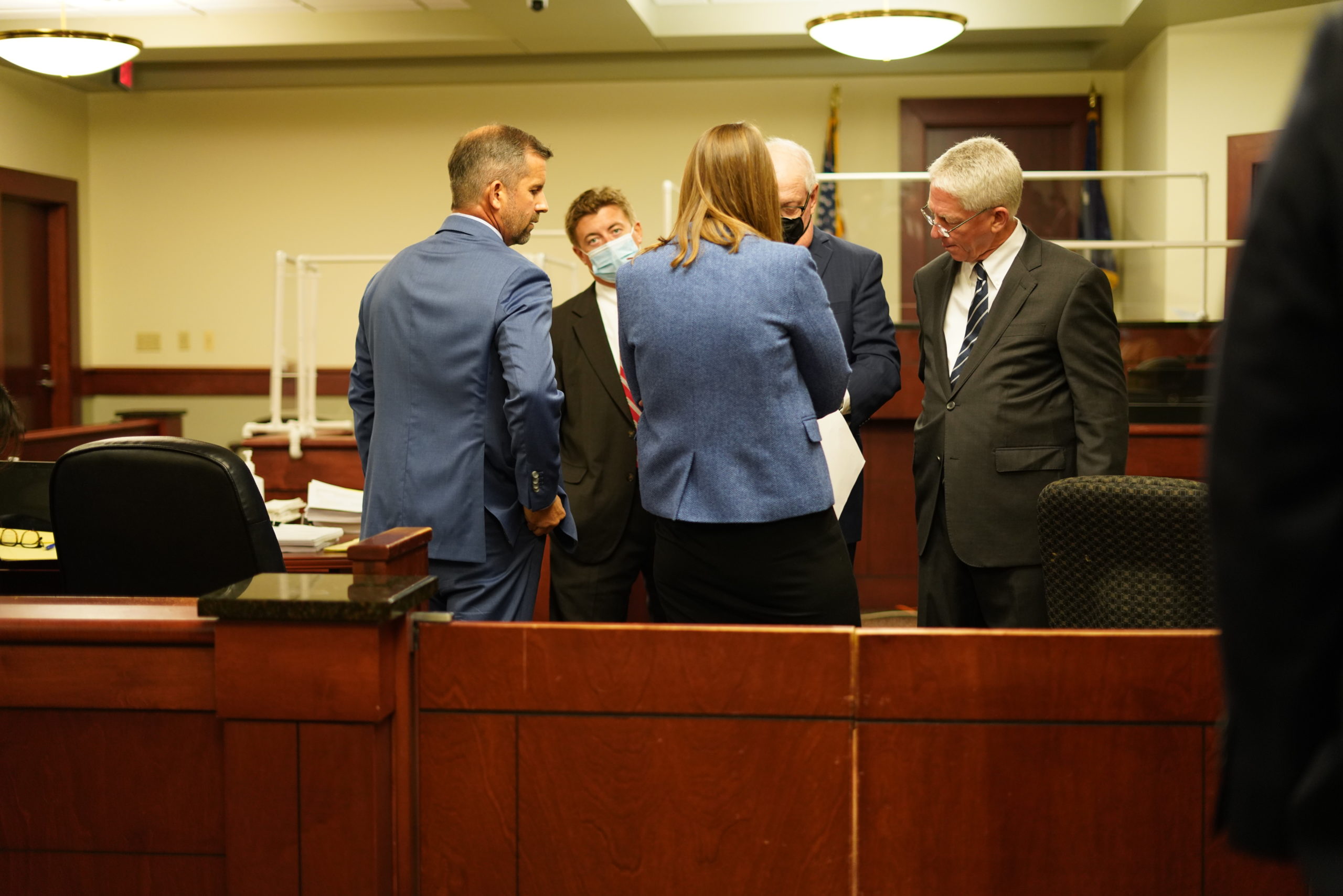 The family of Mallory Beach scored a big win on Thursday when a South Carolina circuit court judge denied a motion from a corporate defendant in her wrongful death suit that sought to change the venue of the trial.

The ruling has yet to be posted online, but multiple attorneys on both side of the case confirmed the decision reached by S.C. circuit court judge Daniel D. Hall of York, S.C. According to these attorneys, Hall has decided to leave the case in Hampton county as opposed to transferring it to neighboring Beaufort county, as an influential lawyer-legislator urged him to do.

Hall heard arguments on the venue motion yesterday from Mark Tinsley – the attorney who represents the Beach family – and from powerful South Carolina legislative leader Murrell Smith, who appeared in court on behalf of Parker’s Kitchen (one of the defendants in this case).

Smith’s involvement on Parker’s behalf has generated significant controversy given his status as the head of a tremendously powerful legislative committee responsible for screening and selecting judges prior to their election by the S.C. General Assembly.

Hall, as fate would have it, is up for reelection in the spring – leading to speculation that he might be leery of ruling against Smith and his client in this high-profile matter.

So far, though, Hall has not … although the case remains in its early stages, and much bigger rulings will be asked of him in the weeks and months to come.

Beach, 19, of Hampton, S.C., was killed shortly after 2:00 a.m. EST on February 24, 2019. On that fateful morning, a 17-foot, center console fishing boat owned by attorney Alex Murdaugh (the man currently at the center of the ‘Murdaugh Murders’ true crime saga) and allegedly driven by his late son, Paul Murdaugh, slammed into the piling of a Beaufort county, S.C. bridge at a high rate of speed.

Attorneys for his family have argued the store was negligent in selling him alcohol.

Murdaugh was criminally charged with three counts of boating under the influence in the wake of the incident, although he never stood trial on these charges because he and his mother, 52-year-old Maggie Murdaugh, were savagely murdered on the family’s hunting property on the border of Colleton and Hampton counties three months ago.

Alex Murdaugh remains a “person of interest” in connection with that inquiry, incidentally.

While the charges against Paul Murdaugh died with him, an ongoing criminal investigation is looking into allegations of obstruction of justice in the aftermath of the boat crash – with Alex Murdaugh and other members of his family reportedly under the microscope. That inquiry is currently before the S.C. statewide grand jury in Columbia, S.C.

The Murdaugh family – and the powerful law firm it founded in Hampton – are mixed up in at least six criminal investigations and a rapidly expanding list of civil cases.

This civil suit – which lists Parker’s, Greg Parker (the founder of the convenience store chain), Alex Murdaugh and Buster Murdaugh as defendants – will be heard in Hampton county, where the Murdaugh family has amassed unrivaled influence over the past century.

Wait a minute, though … given this influence, why would the Beach family want the case to be heard there?

A couple of reasons: First, as noted above, the Murdaughs are not the only defendants in this case. Greg Parker and his company are in the crosshairs, too.

Second, Hampton county juries have a well-earned reputation for delivering huge judgements against corporate defendants. In fact, that was the business model of the Murdaugh family law firm for decades.

Third, there is a tremendously compelling sympathy factor to consider in this case – one which is far more likely to succeed in Hampton county than in Beaufort county.

As a lawyer familiar with the case told me this week, Mallory Beach’s friends and family all hail from Hampton, S.C. – as do their relatives and their intimates. This close-knit community – which rallied around the Beach family following the boat crash – is far more likely to find in favor of the family. And award a large settlement. Beaufort, on the other hand, is a much more diverse county – especially towards Hilton Head Island.

While the Beach case certainly made headlines in both counties, “the sympathy factor becomes lesser with folks who don’t know her or her family” directly – or people who are not “friends of friends,” one attorney familiar with the case told me.

“The Beaches are very happy with the court’s decision today,” Tinsley told this news outlet on Thursday afternoon. “It was clearly the correct decision based on the facts and the law. We are looking forward to moving this case towards a conclusion.”