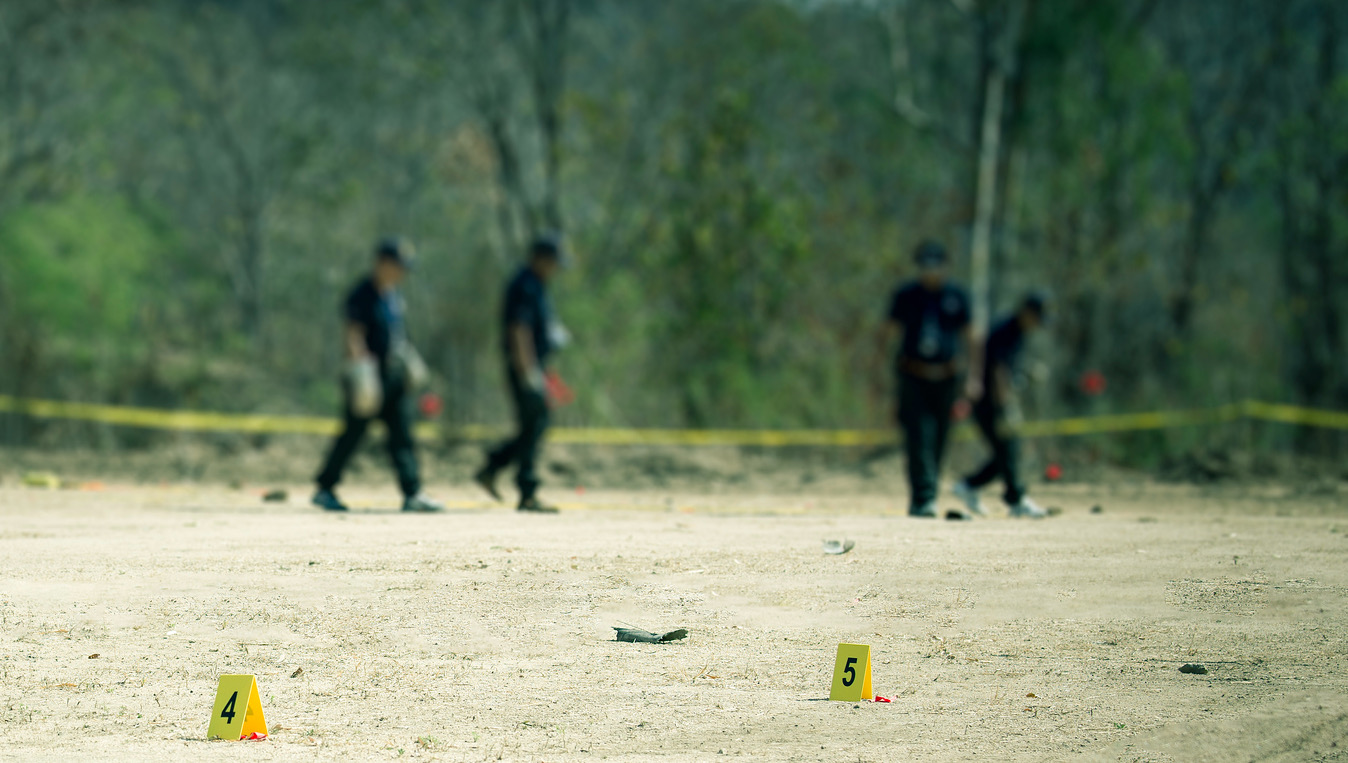 Multiple sources familiar with the investigation into a bizarre Labor Day weekend shooting involving prominent South Carolina attorney R. Alexander “Alex” Murdaugh on Saturday have confirmed to this news outlet that the knife used to puncture a run-flat tire on his Mercedes-Benz sport utility has been recovered.

According to these sources, the knife in question has been linked to Alex Murdaugh – who was shot while ostensibly “inspecting” a flat tire on the side of a rural Hampton county road on the afternoon of Saturday, September 7, 2021.

So … does this mean Murdaugh slashed his own tire?

Not necessarily, but confirmation that the knife used to damage the vehicle has been traced back to him would be yet another incriminating piece of evidence – one further calling into question the narrative that began unraveling almost as fast as it broke over the Labor Day holiday.

Both of the tips involving the knife were first reported to news director Mandy Matney early Wednesday morning. Matney and I immediately began vetting the information with our network of Lowcountry law enforcement and prosecutorial sources.

While local sources are now confirming the blade which slashed the tire belonged to Murdaugh, it is not immediately clear where it was recovered – or how it was determined to have been tied to the besieged lawyer, whose family has wielded unrivaled influence in the Palmetto Lowcountry for decades.

Also, the statewide law enforcement agency charged with investigating this incident – and multiple other Murdaugh-related criminal inquiries – is sticking with its policy of not commenting on the status of its probes.

Tommy Crosby – a spokesman for the S.C. State Law Enforcement Division (SLED) – was not immediately available to comment on reports about the knife. Previously, Crosby has declined to address specific questions about the status of the ongoing investigation.

“We cannot and will not do anything that could jeopardize the integrity of this or any potentially related investigation or that would violate the due process afforded to all in our constitutional system of justice,” a SLED statement issued the day after the shooting noted.

So far, all SLED has said about the crime scene is that “a black Mercedes-Benz SUV driven by Alex Murdaugh was initially processed and ultimately towed from the scene to a law enforcement impound lot for further evaluation.”

No arrests have been made in connection with the shooting, nor has SLED released a description of any suspect(s) or suspect vehicle(s) related to the incident.

To recap: Murdaugh was airlifted to Parker’s Emergency and Trauma Center Savannah, Georgia for treatment of a “superficial” gunshot wound to the head on Saturday afternoon, but the real news broke on Monday – when this news outlet exclusively reported that the 53-year-old attorney has been battling an opioid addiction and was “increasingly estranged from colleagues at his law firm.”

Murdaugh had reportedly been “less than forthcoming” with his law partners about any number of issues including the rumored opioid addiction, I reported.

How much money? According to my sources, the total could eclipse eight figures.

Wait, though … how did the law firm’s leaders not realize until last week that such a massive amount of cash had been stolen from its accounts? And if they knew before, why wait to reveal the money was missing until now?

Also … where did all of that money go?

These are all good questions … ranking among the literally hundreds of unanswered interrogatories related to the various scandals enveloping this family.

At the time of the shooting incident on Saturday, Murdaugh remained a ‘person of interest’ in connection with the June 7, 2021 murders of his wife, 52-year-old Maggie Murdaugh, and younger son, 22-year-old Paul Murdaugh. It was Alex Murdaugh who discovered the bodies, and while he reportedly provided investigators with an “ironclad alibi” for his whereabouts at the time of the killings – he remains very much a central focus of the ongoing inquiries.

In the days following the shootings, attorneys close to the Murdaugh family told me Alex Murdaugh was not a suspect in the case and was “cooperating fully” with SLED. These sources further claimed Murdaugh’s initial interview with SLED investigators three days after the murders was all about “closing the book on him as any sort of suspect” in the case.

However, multiple sources with direct knowledge of the investigation have cast doubt on all of these assumptions.

Additionally, Alex Murdaugh was among the members of his family staring down a statewide grand jury investigation into alleged obstruction of justice in the aftermath of a fatal boat crash that took place in Beaufort county, S.C. two-and-a-half years ago. In the early morning hours of February 24, 2019, Paul Murdaugh allegedly got drunk and slammed his father’s 17-foot, center console Sea Hunt fishing boat into a piling near the Archer’s Creek Bridge outside of Parris Island, S.C. That crash killed 19-year-old Mallory Beach of Hampton county, South Carolina and injured several other passengers.

In addition to the obstruction investigation, Alex Murdaugh was named as a defendant in a wrongful death lawsuit filed in the aftermath of the 2019 boat crash. In fact, he was scheduled to appear in court on June 10, 2021 – three days after his wife and son were murdered – to respond to discovery requests connected to that case. Those requests could have compelled him to release any number of potentially incriminating financial records, sources close to the case have told me.

Despite skepticism of his account of Saturday’s shooting, Murdaugh family lawyers have consistently told members of the media that the embattled attorney – who had his license to practice law suspended by the S.C. supreme court on Wednesday – was the victim of an ambush while changing a flat tire.

Just this morning, reporter Avery Wilks of The (Charleston, S.C.) Post and Courier published a report which rehashed the “official narrative” of the incident as told by Jim Griffin, one of the Murdaugh family’s high-powered defense attorneys.

“Griffin reiterated Sept. 7 that shots were fired at Murdaugh while he was inspecting a flat tire on his late wife’s Mercedes Benz,” Wilks reported. “The tire appeared to have been slashed, Griffin said.”

“A truck passed Murdaugh on the road and circled back as he was assessing the vehicle,” Wilks continued, citing Griffin’s account. “Someone in the vehicle asked if he was having car trouble, Griffin said, and Murdaugh explained that he had a flat tire. Then Murdaugh heard a gunshot and realized he had been shot in the head, Griffin said.”

Griffin told Wilks the incident was “a set-up” and that “the gunman slashed Murdaugh’s tire and then followed the lawyer until he pulled over.”

As I noted in my coverage of this saga yesterday, law enforcement investigators were reportedly “very suspicious” of the narrative provided by Murdaugh’s attorney.  In fact, his version of events was reportedly facing “withering investigative scrutiny.”

“This is not going to hold up,” one source familiar with the case told me, referring to the narrative advanced by Murdaugh and his attorney.

So far, that would seem to be an understatement.

The shooting of Murdaugh occurred at approximately 1:30 p.m. EDT on Old Salkehatchie Road near Varnville, S.C. – roughly seven miles from his home in Islandton, S.C. As of this writing, SLED has released no information regarding any of the evidence it has collected from the scene or obtained from other sources.

SC Surpluses: Give This Cash Back