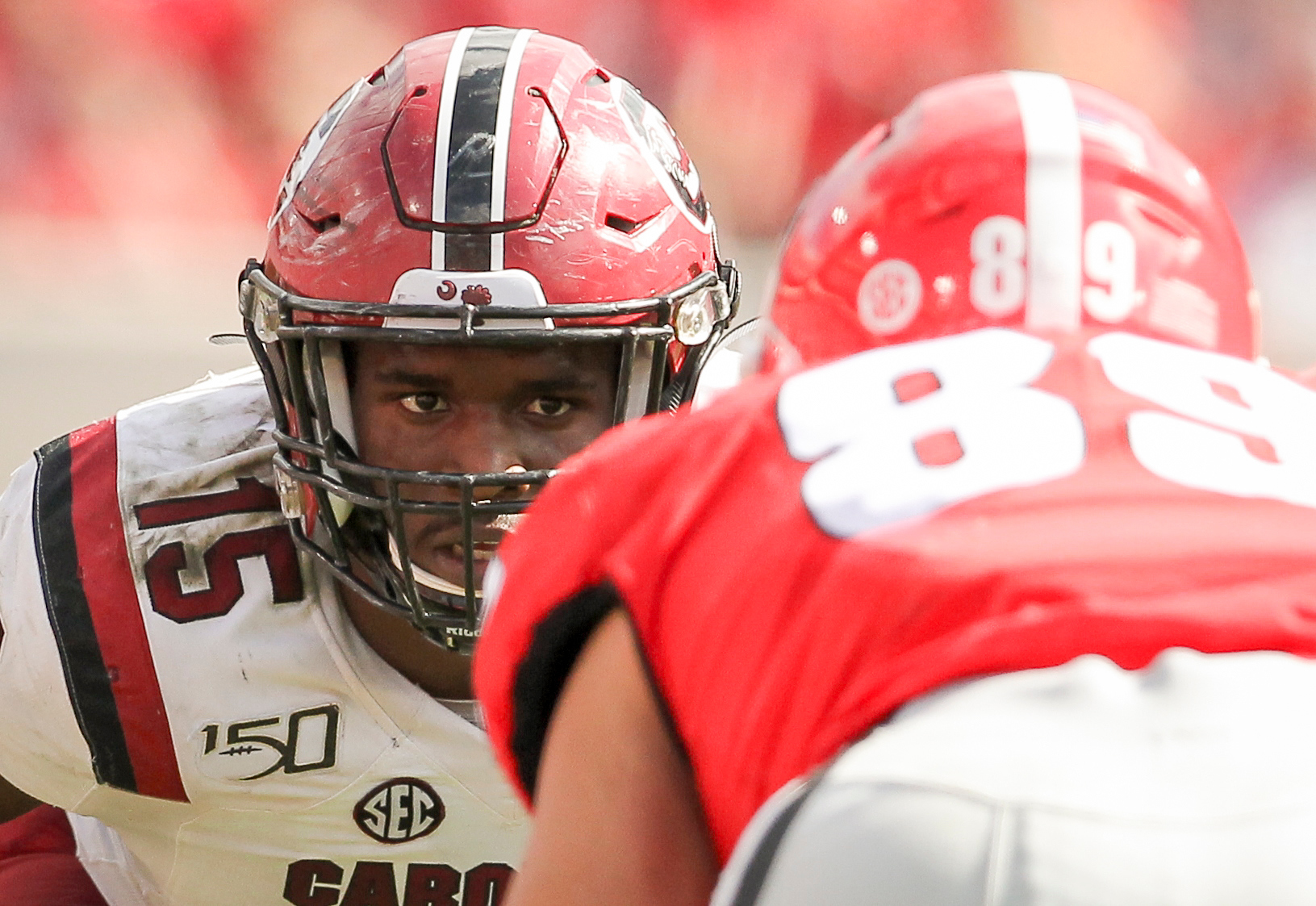 I have no idea what Georgia head coach Kirby Smart has taped to the lockers of his second-ranked Bulldog football team for motivation against unranked, unheralded South Carolina this week. But my bet is it involves some iteration of the following line …

“The last time the Gamecocks came to Athens …”

“The last time the Gamecocks came to Athens,” they scored one of the biggest upset victories in program history – a 20-17 double overtime win over then-No. 3 Georgia. The victory seemed to portend a turnaround for head coach Will Muschamp – although the very next week his team coughed up a fourth quarter lead against then-No. 13 Florida (with a capable assist from the SEC officiating crew).

And things went downhill from there …

South Carolina would finish the 2019 season with a 4-8 record – and Muschamp was fired with three games remaining on the Covid-19 shortened 2020 campaign, which saw the Gamecocks finish at 2-8.

But yeah … “the last time the Gamecocks came to Athens,” they won.

Sure, Georgia got revenge last year … in a big way. But this Saturday is personal for the Bulldogs, who have legitimate national championship aspirations in their sixth season under Smart (who was a top target of inept Gamecock athletics director Ray Tanner back in 2015 prior to the school settling on Muschamp).

“It still lingers in the air,” junior Bulldog defensive end Travon Walker said of the 2019 upset, according to Dawg Nation. “We don’t want anything like that to happen again.”

As attested by the headline of this story (lifted from the Farrelly brothers’ 1994 hit Dumb and Dumber), there is a chance. Specifically, a 5.1 percent chance – according to ESPN’s matchup predictor.

The Gamecocks’ money line odds range from +1,500 to +2,500 – meaning anyone who puts $100 down on South Carolina stands to turn a handsome profit. Assuming lightning strikes twice, anyway.

After last weekend’s road win over East Carolina, South Carolina is 2-0 under first-year head coach Shane Beamer. The Gamecocks clearly have some talent – especially on the defensive side of the football. Kingsley “JJ” Enagbare – a 6-foot-4, 260 pound edge rusher from Atlanta – is a first-team all-SEC performer who has already registered a pair of sacks on the young season. Meanwhile, fifth-year edge rusher Aaron Sterling is off to another strong start – with his inside pressure helping set up last week’s game-changing “pick six” by fifth-year linebacker Damani Staley.

These two edge rushers have the potential to keep South Carolina in the game if Georgia is unable to establish itself on the ground early.

Assuming former five-star recruits Zacch Pickens and Jordan Burch start stepping up, first-year coordinator Clayton White could wind up fielding a unit that gives South Carolina a chance against any team on its schedule.

The problem for Beamer? Offense …

South Carolina’s unit is currently led by a former graduate assistant, Zeb Noland, who was pressed into duty when projected 2021 starter Luke Doty went down with an injury in fall practice. Doty – a 6-foot-1, 210-pound sophomore from Myrtle Beach – played sparingly a year ago, posting a 0-2 record as a starter.

Through two games, Noland has completed 26 of 45 passes (57.8 percent) for 346 yards with 5 touchdowns and one interception. Nearly half of that yardage has gone to senior wideout Josh Vann (above), who has 7 catches for 154 yards and a touchdown through two games.

Will Noland get a third consecutive start? Or will Doty get the call?

Whoever is under center for first-year South Carolina offensive coordinator Marcus Satterfield, they must contend with the best defense in America. Through two games – including a season-opening win over then-No. 3 Clemson – Georgia is surrendering just 177 yards per game to its opponents. The Bulldogs are also tied for the national lead in scoring defense – giving up just 5 points per game. That statistic is deceiving, however, as the only touchdown Georgia has surrendered so far in 2021 was an interception return for a touchdown late in game a week ago against UAB.

Discounting that score – which actually came against the Bulldogs’ third-team offensive unit – and Georgia has surrendered only 1.5 points per game.

Third-year coordinator Dan Lanning’s unit is led by senior defensive tackle Jordan Davis and senior outside linebacker Adam Anderson – both of whom are looking like sure fire first round 2022 National Football League (NFL) draft picks.

For those of you keeping score at home, Georgia enjoys a 52-19-2 advantage in this all-time series, including a 29-9 mark in Athens. Since South Carolina joined the SEC in 1992, Georgia leads 19-10 – including a 9-5 record in Athens. And yes, “the last time the Gamecocks came to Athens …”

As a South Carolina alumnus, my heart says the Gamecocks keep it close – with Georgia pulling away late in a grind-it-out, 20-3 victory. However, my head sees an evening of offensive futility ahead for South Carolina, which will wear White’s defensive unit down early in the game en route to a 45-0 Georgia romp. So, my final score pick is somewhere in the middle … Georgia 35 South Carolina 3.