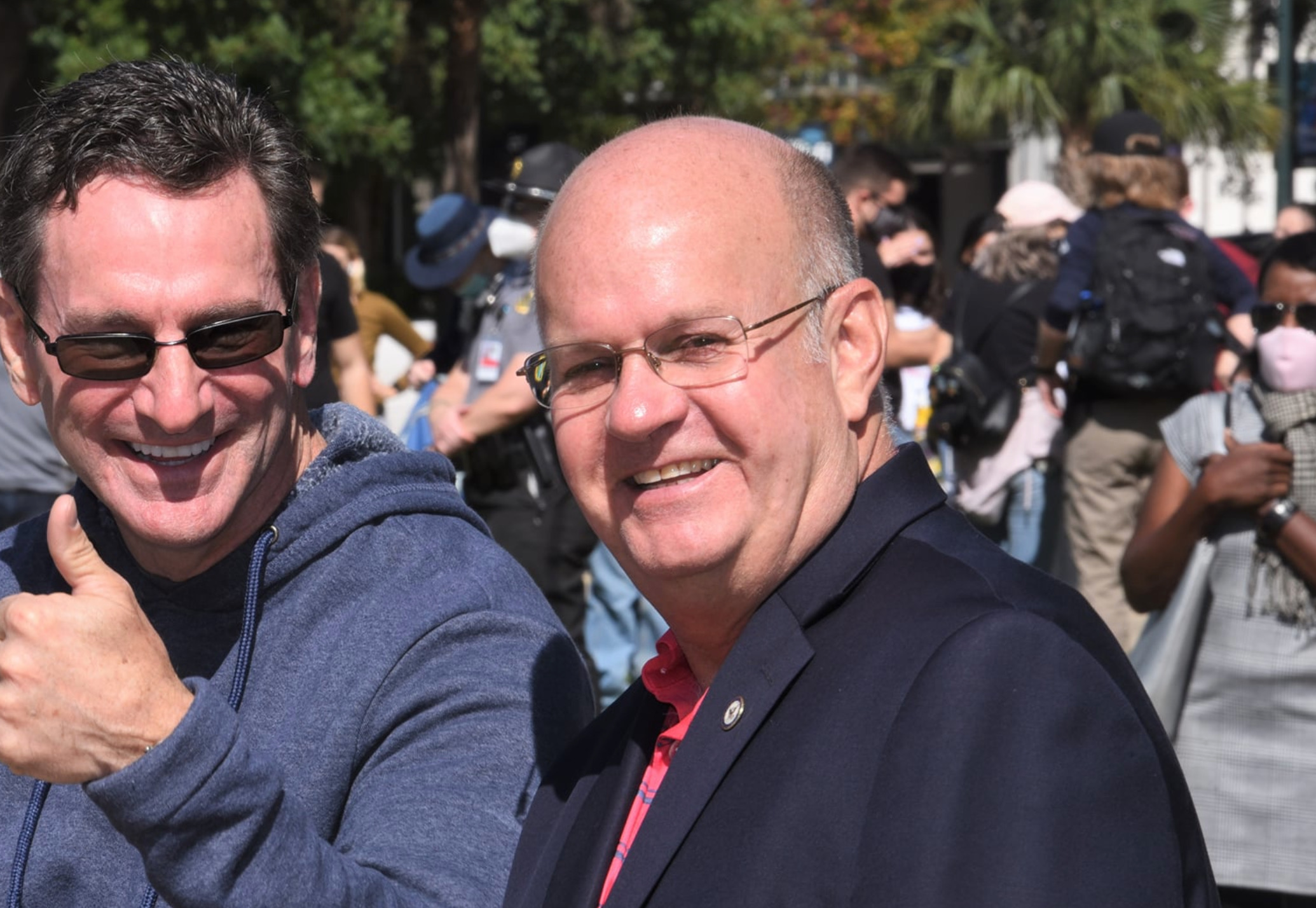 South Carolina tea party leader and GOP executive committeeman Pressley Stutts – one of the most well-known and effective organizers on the far right of the Palmetto State’s political spectrum – has succumbed to the delta variant of the coronavirus, multiple sources familiar with the situation have confirmed to this news outlet.

Stutts died at around 5:00 a.m. EDT on Thursday morning, these sources confirmed. Stutts’ family and friends confirmed the news on his Facebook page shortly after 8:00 a.m. EDT.

My news outlet first reported on Stutts’ battle with Covid-19 two weeks ago. I provided readers with an update on his deteriorating condition late Sunday.

The former U.S. Navy chaplain was 64 years old. He is survived by his wife, Patty Stutts, who was also hospitalized with Covid-19 earlier this month, and their two children Pressley Stutts III and Bart Stutts.

Stutts’ death immediately revived the political uproar over his decision not to be vaccinated against Covid-19 – as well as his alleged mistreatment at the hands of the Upstate doctors who managed his care over the last two weeks.

“They killed him,” one of Stutts’ allies told me, referencing allegations made earlier this week by famed First Amendment attorney (turned conspiracy theorist) Lin Wood.

“I’m so upset,” another of Stutts’ allies told me. “The hospitals are killing people.”

At the other end of the spectrum, liberals on Twitter have repeatedly mocked Stutts for declining to get the vaccine. In fact, they have posted pictures of the tea party’s adopted Gadsden flag with its “Don’t Tread On Me” rattlesnake affixed to a ventilator making “patriotic choking noises.”

Stutts has been active in SCGOP politics for several years. In addition to being one of the Palmetto State’s top campaigners for former U.S. president Donald Trump, he was one of the key organizers of Wood’s unsuccessful campaign against incumbent SCGOP chairman Drew McKissick back in May.

While Wood fell well short of defeating McKissick in that race, he won an overwhelming majority of Greenville county’s delegates to the SCGOP convention in April. Stutts was later elected to a GOP leadership position in Greenville county – which has been ground zero in the ongoing battle for the heart and soul of the state party, which plays a pivotal role in the quadrennial “First in the South” presidential primary.

Wood has been vocal in the wake of Stutts’ illness, slamming his attending physicians and medical staff – accusing them of not abiding by the wishes of his family and legal counsel.

“This is criminal,” Wood wrote. “How many people have to suffer and die before We The People demand proper medical care and treatment and the recognition of patients’ rights?”

Wood went on to advise his followers to “avoid hospitals at all costs.”

In announcing his admittance to the hospital three weeks ago, Stutts (above) affirmed his opposition to vaccine mandates.

“If after all of your prayerful and informed research, you need to get a shot, by all means, feel free to do so, but NEVER demand that others be required to do so,” Stutts wrote at the time.

I agree with him. As I have said from the beginning of this ongoing debate, I believe vaccinations are safe and (still) effective at preventing Covid-19 infection, hospitalization and death. Accordingly, I received both of my shots (after having previously had Covid-19 at least once).

The latest data in South Carolina does show a troubling rise in “breakthrough” Covid-19 cases, hospitalizations and deaths among the fully vaccinated.

Despite ongoing efforts by some to mandate vaccinations, though, I reject such diktats on principle.

“I can’t believe we are even debating the issue as citizens of what is supposed to be a free country,” I noted at the time.