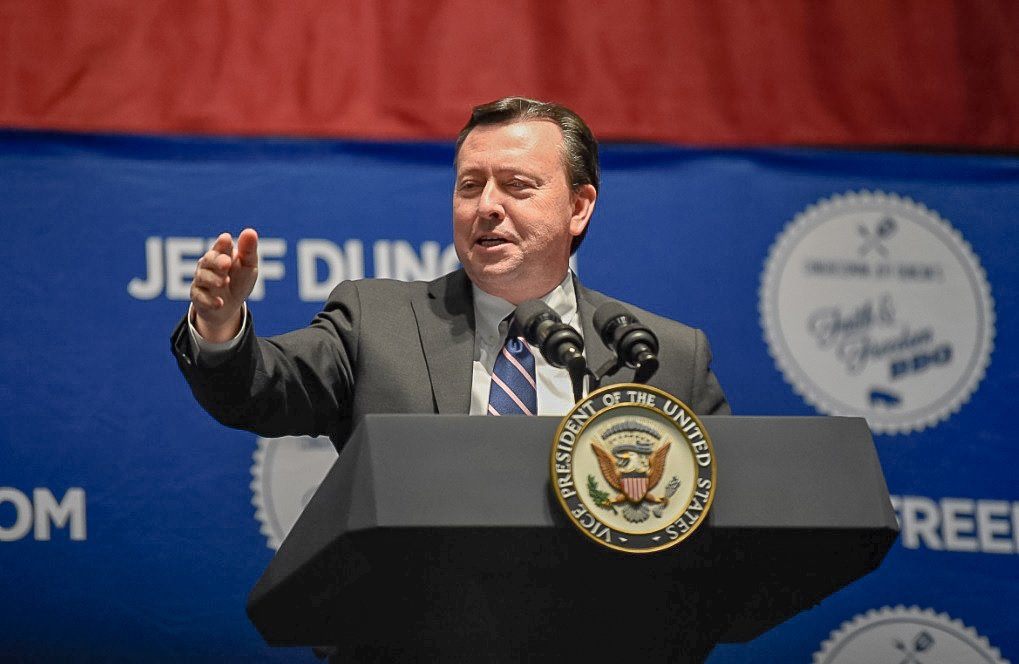 Incumbent South Carolina Republican party (SCGOP) chairman Drew McKissick beat back a surprisingly robust challenge from famed First Amendment attorney Lin Wood on Saturday – scoring what appears to have been a decisive delegate victory in his bid for a third term as chairman of what has become a bitterly divided party.

Here is a look at the unofficial results …

While this outcome gives every indication of a decisive win for McKissick, the results of the race will almost certainly be called into question by Wood. Readers will recall Wood supporters sued the party earlier this month over its decision to violate its own rules and host a “hybrid” convention – ostensibly due to lingering concerns over the coronavirus pandemic.

Thanks to a ruling from S.C. circuit court judge Perry Gravely, the party won the right to move forward with its “hybrid” model … in which delegates cast their votes for party chairman (and three supporting statewide party offices) via paper ballot at county conventions held across the state. These paper ballots were reported to the SCGOP “credentials committee” in Columbia, S.C. – which tabulated and released the results of the chairman’s race shortly after 12:00 p.m. EDT on Saturday.

Wood supporters argued in court that this method was ripe for potential fraud.

I concurred, urging the party to hold an in-person convention with paper ballots in order to shut down any questions regarding the legitimacy of the vote.


For the moment, Wood is sounding a concessionary tone …

“Congratulations to Drew ‘Biden Won’ McKissick,” Wood wrote in a statement posted to mySCGOP.com, a website belonging to a group of activists who backed his candidacy. “Drew won the delegates in an establishment created election. I won We The People. Drew will learn in time that ALL the power belongs to We The People.”

“One door closes. Another door opens,” Wood continued. “I thank ALL my supporters and staff who worked so hard. I will never quit fighting for We The People.”

As I noted earlier today, Wood ran a surprisingly viable race against McKissick despite offering up what I believed to be several bizarre pronouncements – and despite engendering considerable acrimony within the party establishment.

While many in the SCGOP wish he would return from whence he came, I suspect his impact is unlikely to diminish in the aftermath of this election. In fact, my guess is the deepening divisions within the SCGOP will continue manifesting themselves ahead of the 2022 election cycle – which officially kicks off with candidate filing in March of 2022.

Mark Sanford And The Island Of Misfit Politicians