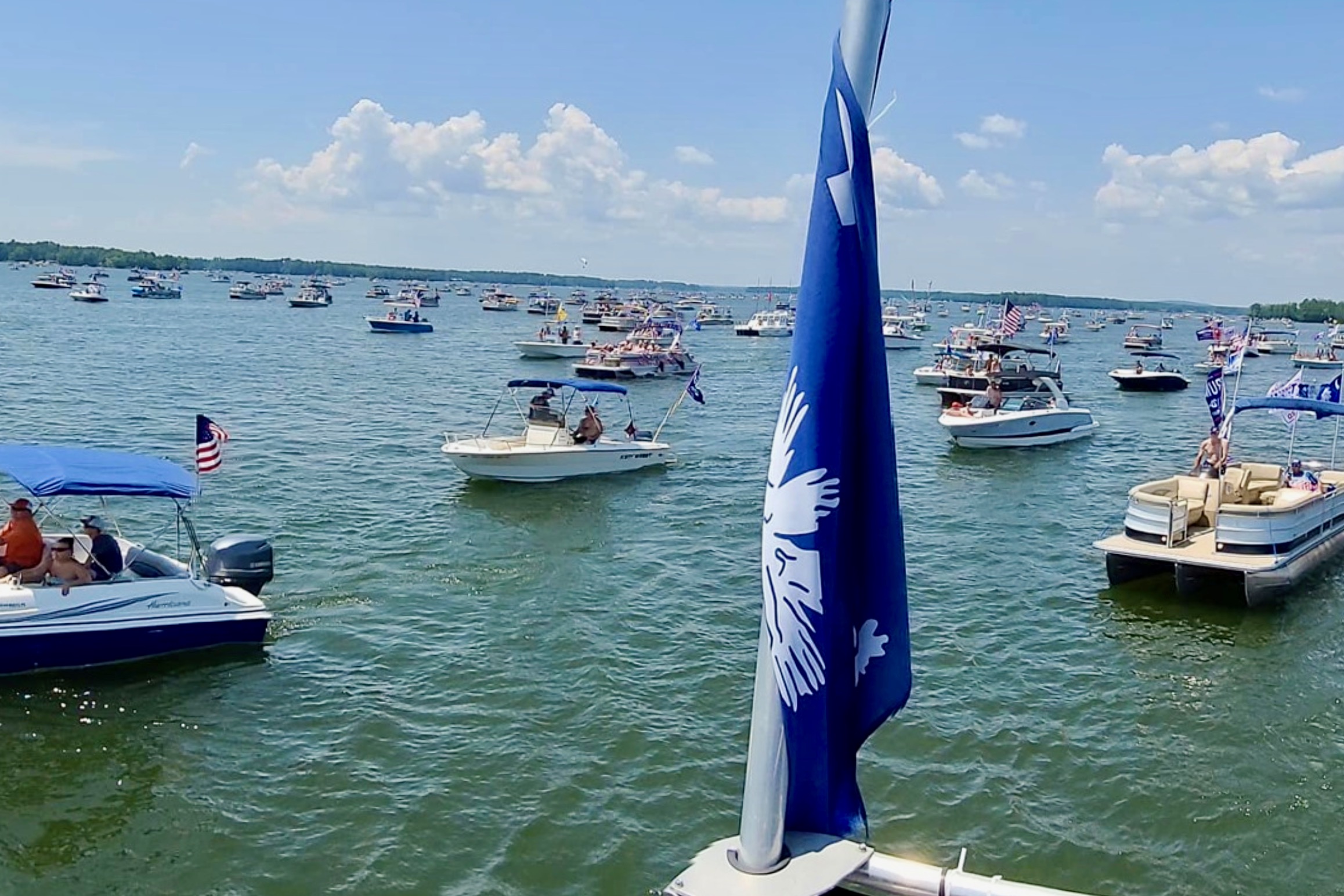 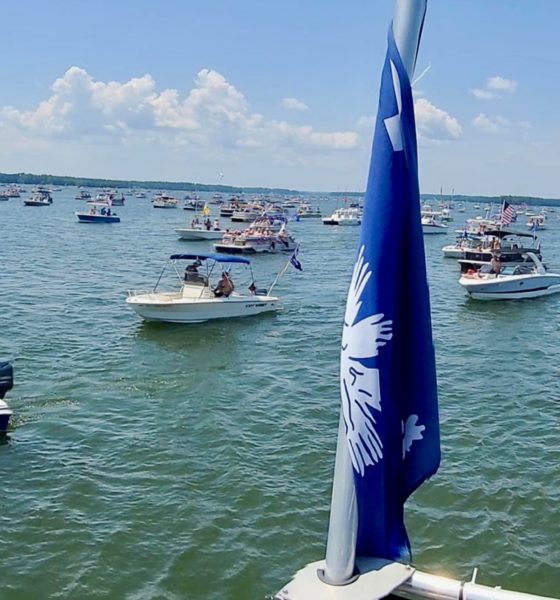 The so-called “silent majority” was out in force over the Fourth of July holiday weekend as more than 30,000 people attended a boat rally honoring U.S. president Donald Trump on Lake Murray – located just northwest of Columbia, South Carolina.

According to event organizers, the Lake Murray boat rally for Trump – held on Sunday, July 5, 2020 – was nearly twice as big as expected, drawing a total of 3,417 boats and an estimated 30,753 attendees.

“Largest boat parade in history,” one organizer noted. “Broke a Guinness world record. Politics aside, it (is) a sight.”

The event failed to garner much in the way of local media attention in the “bright red” Palmetto State … although Fox News did a live interview prior to the festivities with two organizers, Pressley Stutts of Greenville, S.C. and Brian Brandstatter of Columbia, S.C.

Boaters from as many as a dozen states participated, organizers told us.

“It’s another signal to president Trump – the silent majority is with you,” Stutts told us. “When you can put 30,000 people on a lake the Sunday after the Fourth of July, that’s saying something. It shows you the undercurrent of the American people – how they really feel.”

“This was the most patriotic event I’ve ever attended!” said attendee Olga Lisinska, executive director of Palmetto Kids FIRST. “Thousands of people coming together, standing up for our president and for what’s right while having the best time!”

Trump is relying on such elevated enthusiasm as he seeks reelection in November against presumptive Democratic nominee Joe Biden (and … others).

Mainstream media polling currently shows Trump trailing Biden by significant margins – both nationally and in several key swing states that will determine the outcome of the election. Also, establishment “Republicans” have claimed private polling is every bit as bad for the incumbent – and those who support him. According to them, Trump is being dragged down by his uneven response to the coronavirus pandemic and his handling of a recent rash of social unrest.

“Voters are furious with the President’s handling of the virus,” so-called conservative activist Erick Erickson recently wrote. “They think the President has provoked and made the protests worse.”

However, recent polling in a trio of swing states by Atlanta, Georgia-based strategist Robert Cahaly – who correctly predicted Trump’s 2016 upset victory over Hillary Clinton – presages a much closer matchup.

The day before the rally – July 4 – Cahaly released new survey results showing Trump and Biden tied in Florida, with both major party candidates receiving 45.9 percent of the vote in the Sunshine State.

According to Cahaly, the “social desirability bias” – in which supporters of the president are less likely to state their true electoral preference when asked by a pollster – is stronger this year than it was four years ago.

Will it be enough to propel him to a second term in office, though?

So far, Trump’s biggest asset in his reelection bid continues to be Biden – who is clearly not the “electable” alternative many centrist Democrats were hoping he would be in a head-to-head matchup against the GOP lightning rod.