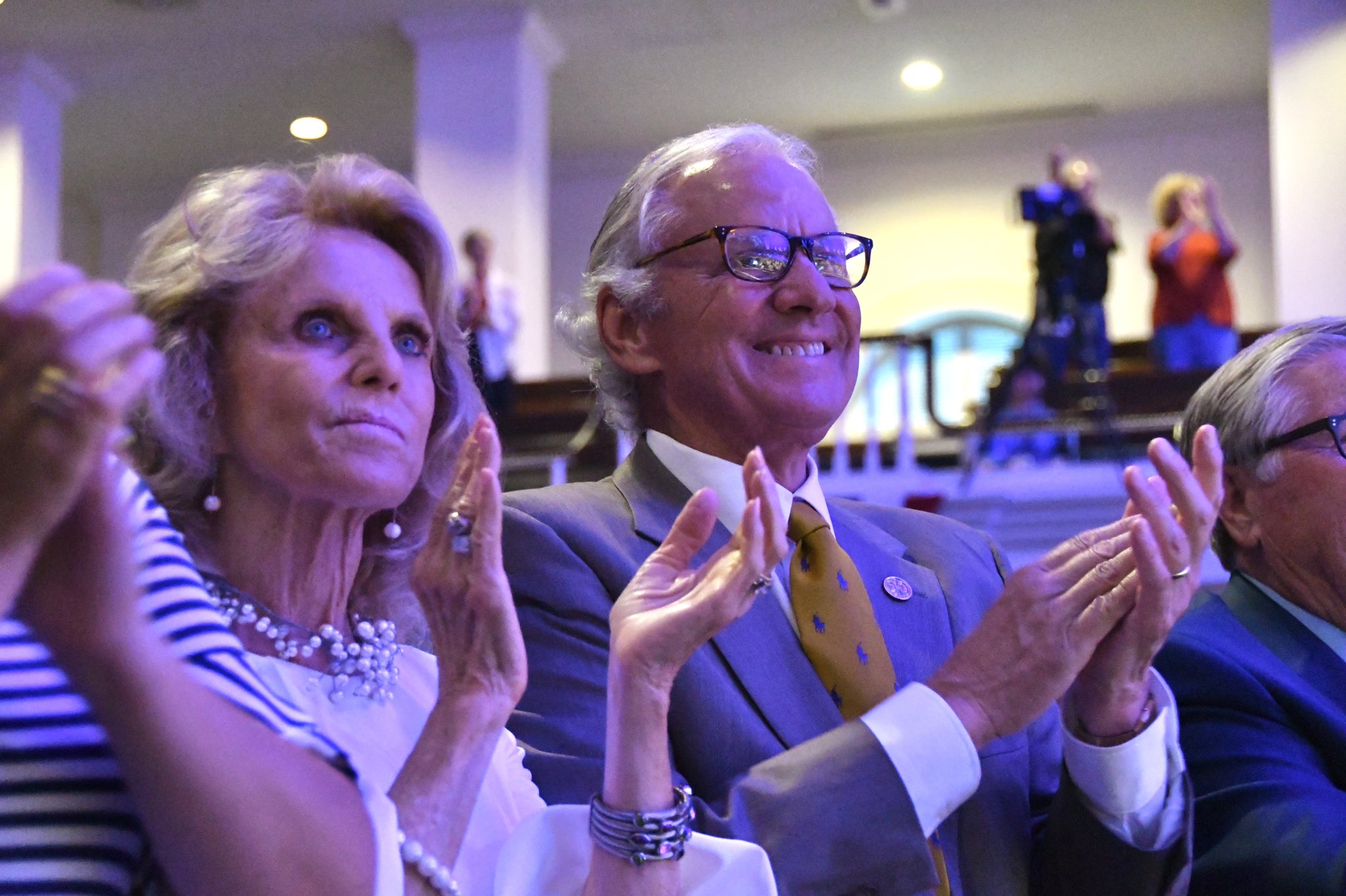 South Carolina governor Henry McMaster initiated a major policy reversal this week when he told reporters he is open to considering the legalization of marijuana for medical purposes. McMaster still opposes legalizing pot for adult recreational use, but for the moment he appears to have dropped his long-standing opposition to medical cannabis.

“There is a lot of suffering that is treatable … with medical marijuana,” McMaster said Tuesday, according to reporter Emily Bohatch of The (Columbia, S.C.) State newspaper.

To be clear: McMaster’s change of heart on this issue is not occurring in a vacuum. Earlier this week, former U.S. congressman Joe Cunningham  – who is seeking the 2022 Democratic gubernatorial nomination – announced his support for both medical and recreational legalization. Cunningham’s top rival for the Democratic nomination, S.C. senator Mia McLeod, also backs legalization – calling herself a “fierce advocate” on the issue.

Polling across the Palmetto State shows overwhelming public support for legalizing marijuana – especially for medical purposes – something which is clearly motivating McMaster to rethink his position on this issue.

During the 2018 campaign for governor, McMaster cited the opposition of law enforcement leaders like Mark Keel – chief of the S.C. State Law Enforcement Division (SLED) – as being central to his rejection of medical marijuana reforms.

“It is the consistent opinion of law enforcement that it would be a detriment to society, to law enforcement, to open the door to that,” McMaster said during an October 2018 debate, adding that legalizing marijuana for medical purposes would put the Palmetto State in “very dangerous territory.”

McMaster also cited March Seabrook – former president of the S.C. Medical Association (SCMA) – who has repeatedly argued there is “no such thing as medical marijuana.”


During the 2019-2020 legislative session, McMaster vowed to veto narrowly drawn medical marijuana decriminalization bills like this one sponsored by S.C. senator Tom Davis.

We could find out sooner rather than later if that threat still holds as Davis’ legislation will reportedly receive a vote in the S.C. Senate when it reconvenes in January. That’s assuming, of course, that S.C. Senate “majority” leader Shane Massey – who is also mulling a 2022 gubernatorial bid – keeps his word to proponents of decriminalization.

“I am confident the South Carolina legislature will send him a medical bill to sign next year,” Davis tweeted in response to McMaster’s flip-flop on the issue.

Regular readers of this news outlet are well aware of my editorial position regarding marijuana: I strongly support the legalization of marijuana and other drugs – both medically and recreationally. In fact my only criticism of Davis’ bill is that it does not go far enough.

Yet while embracing legalization as an economic and a liberty issue, I am not insensitive to the concerns raised by its critics – and have previously laid out the necessary limits of such a policy.

“We must always remember there are certain situations in which this liberty can and must be revoked,” I noted in a piece published two years ago.

Opponents and proponents of marijuana legalization have offered numerous assertions in connection with this debate, but as I noted in a report back in February preliminary data has shown “little support for the strong claims about legalization made by either opponents or supporters,” according to the libertarian-leaning Cato Institute.

The only claim that has stood up to the scrutiny of the data so far? The fact that legalizing pot has been a revenue boon to states ...

According to the Cato report, legalizing marijuana for adult use has had “a significant impact” in increasing tax revenues – including the generation of revenue growth which actually exceeded pre-legalization forecasts, in many cases. However, the report also found that “the tax revenues in these states may moderate as more states legalize marijuana,” noting how marijuana dispensaries in Washington State that were located along the border with Oregon “experienced a significant decline in sales once Oregon’s dispensaries opened.”

In other words, if South Carolina hopes to make this a competitive economic advantage then it needs to embrace full legalization … as soon as possible.

Is that likely to happen? No …

Also, unless McMaster is pushed to sign a medical marijuana bill during the 2022 session he will likely continue trying to eat his cake and have it, too … publicly embracing medical marijuana for political purposes while working behind the scenes with opponents to make sure it stays bottled up in the General Assembly.

Remember, things are not always what they seem when it comes to McMaster’s positions on certain issues …