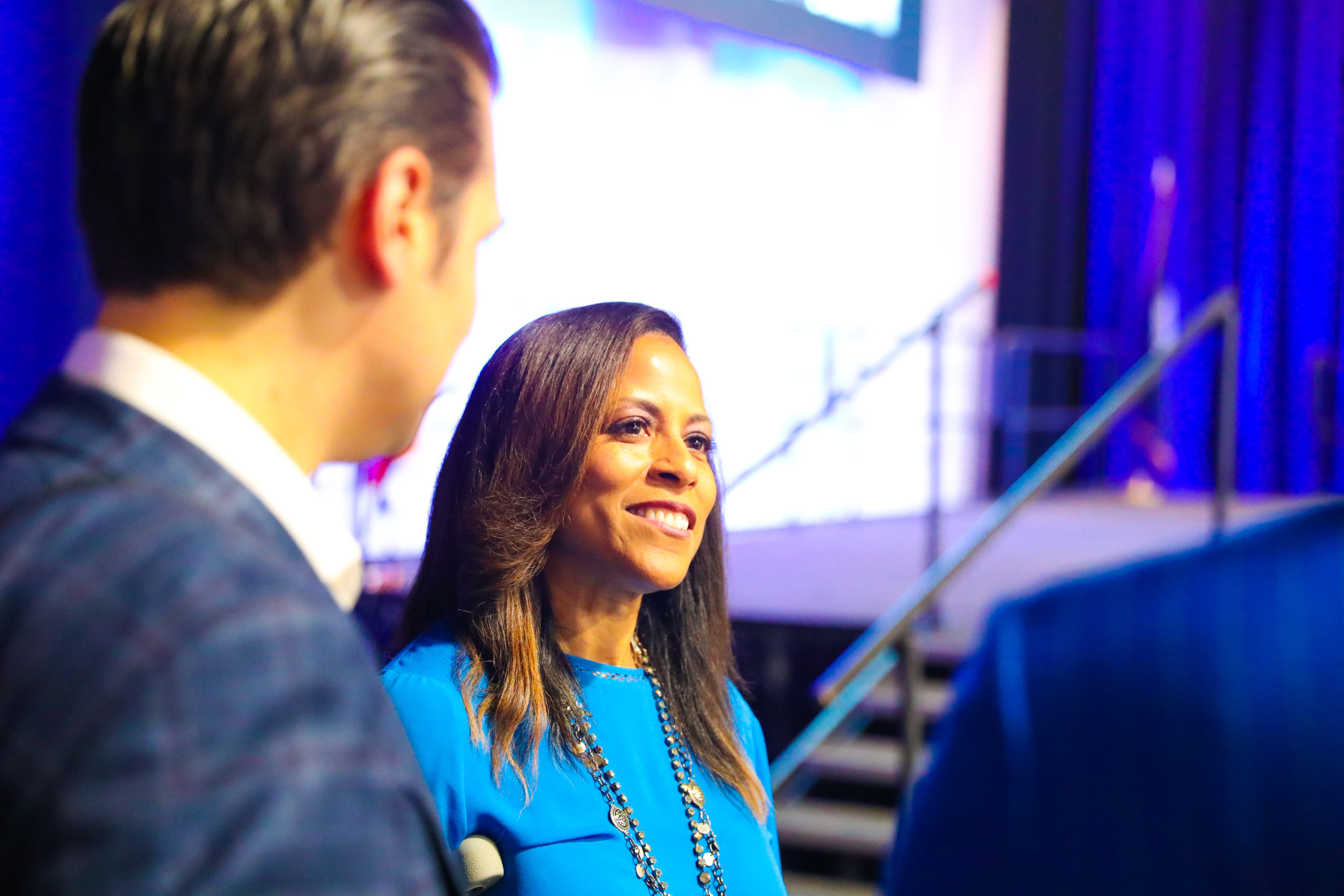 South Carolina state senator Mia McLeod – a vocal critic of “Republican” S.C. governor Henry McMaster – announced her bid against the 74-year-old establishment politician this week. Of course if McLeod wants to go head-to-head with McMaster next November, she will first have to defeat former U.S. congressman Joe Cunningham in what is expected to be a pitched battle for the Democratic nomination.

Many believe Cunningham has the edge in that contest … but as I noted in a recent post, McLeod is expected to give him all he can handle.

“I’m running for governor because it’s time to make South Carolina a place where everyone can thrive,” McLeod wrote on her newly launched campaign website. “As a fifth-generation South Carolinian and small business owner from Bennettsville, I’ve spent my life standing up for people and places that our governor and too many of our state’s Republican ‘leaders’ have neglected.”

McLeod, 52, was first elected to the S.C. General Assembly in 2010 – serving three terms in the S.C. House. She was elected to the S.C. Senate in 2016, and recently won a second four-year term in that chamber. McLeod was targeted for defeat by GOP interests during the 2020 election cycle, but she easily beat back those broadsides. In fact, she garnered a whopping 62.2 percent of the vote last November in what used to be considered a “swing” district.


McLeod – who delivered her party’s response to McMaster’s 2021 State of the State’ address – does not have to give up her seat in the Senate to run for governor. Were she to defeat Cunningham and McMaster – two tall orders – she would become the first black female governor in American history and South Carolina’s second female minority chief executive (following Nikki Haley).

However, McLeod told reporter Meg Kinnard of The Associated Press that while the potential for making history is “a tremendous responsibility,” she is more concerned with being “connected to” the people she is representing than with her gender or race.

Viewed as more progressive than Cunningham, McLeod has been outspoken in criticizing McMaster for his administration’s chronic mishandling of the coronavirus pandemic last year. She is also a self-described “fearless warrior” on racial issues – pulling no punches when it comes to her belief that black and brown Americans are the victims of institutional injustice.

“Our state motto is, ‘While I breathe, I hope.’ But we can’t breathe while Covid-19 and systemic racism continue to kill more black and brown South Carolinians than ever,” McLeod said back in January in her response to McMaster’s speech.

“As a mother of two young men, I can’t describe the heartbreak I feel when they tell me that South Carolina doesn’t represent their interests or value their voices,” she wrote on her campaign site. “Watching so many of our talented young people leave our state for better job opportunities in neighboring states is disheartening. It’s time to change that. As governor I’ll invest in our people, our economy and our infrastructure so that we can strengthen our communities and improve the quality of life for all South Carolinians. Together, we’ll make South Carolina the best place to live, thrive, and raise a family!”

Like Cunningham, though, McLeod will need to articulate and advance specific policies in support of her lofty rhetoric.

Also, if either of these two Democrats expect to win a general election in the Palmetto State, they will need to come up with something a lot more innovative than just throwing more money at South Carolina’s ever-expanding list of chronic problems.

Because “Republicans” have been doing that for two decades … and it isn’t working.

As I have consistently noted, whoever wins the Democratic nod will face strong headwinds in a general election. While “Republicans” are in retreat nationally – and at war with each other all over the map (especially in South Carolina) – Democrats have proven utterly inept at exploiting these weaknesses. And are dealing with their own infighting. Also, the 2020 election proved that even the most conservative GOP activists will close ranks behind the most liberal GOP candidates.

Meaning even the most credible, well-funded Democrats will still get shellacked.

Democrats occupy precisely zero statewide offices (state or federal), just one of seven congressional districts (the heavily gerrymandered sixth district) and are beholden to near GOP supermajorities in both chambers of the S.C. General Assembly.

The perpetual minority party has not won a statewide election since 2006 – and has not won a governor’s race or a U.S. Senate race since 1998. During the 2018 general election, Democrats didn’t even bother to field candidates in three of seven statewide elections – and their top vote getter (gubernatorial nominee James Smith) drew just 45.92 percent of the vote.

For those of you keeping score at home, the Democratic gubernatorial nomination has gone to a white male in each election cycle since 1994. With the notable exception of former governor Jim Hodges – who pulled off an improbable upset of incumbent David Beasley in 1998 – they have lost each one of those races.