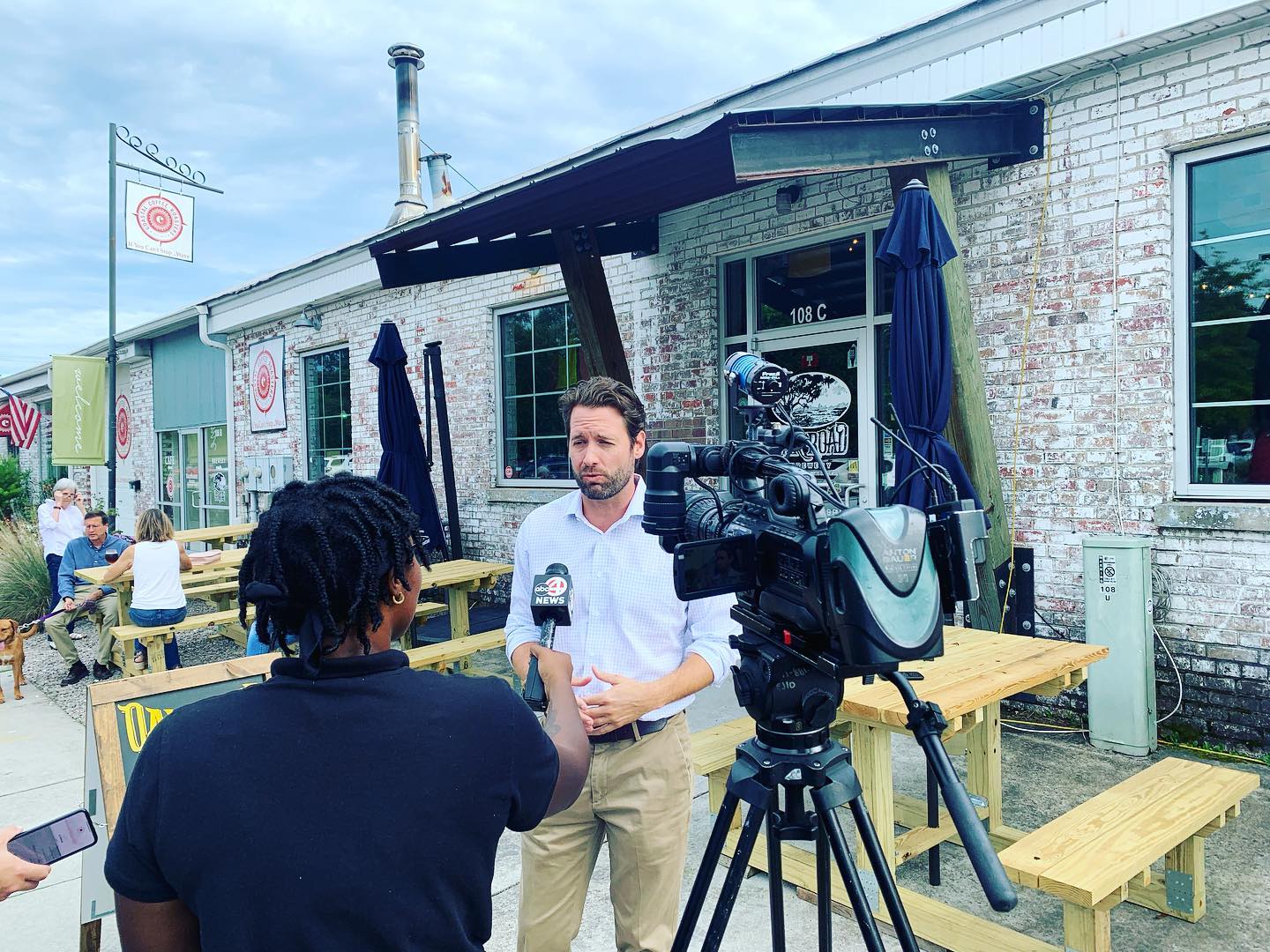 As expected, South Carolina Democratic gubernatorial candidate Joe Cunningham announced his intention to campaign for the legalization of marijuana in 2022 – laying down the first major economic plank of his campaign and marking a significant policy distinction between him and incumbent “Republican” governor Henry McMaster.

This news outlet reported on Cunningham’s plans last month, but he discussed them in more detail over the weekend with reporter Meg Kinnard of The Associated Press.

“This is going to be a game changer in South Carolina,” Cunningham told Kinnard. “There are so many reasons why we need to do this, and the time is now.”

Cunningham is one of two announced candidates for the Democratic gubernatorial nomination. The other? S.C. senator Mia McLeod – who announced her candidacy last month.

McMaster is currently unopposed for the GOP nomination, but Upstate businessman John Warren has been ramping up his political activity in recent weeks. Warren nearly ousted McMaster in the 2018 GOP gubernatorial primary, his first-ever bid for elected office. Many believe he will take another shot at the career politician, although McMaster backers believe their candidate has an insurmountable lead.

Whoever wins the GOP nomination will have a huge advantage in the November 2022 general election, as the Palmetto State is dominated by Republican politicians.

Well … politicians who say they are Republicans, anyway.


Anyway, Cunningham has not gotten too specific on his legalization plans – except to say that he supports making marijuana legal for both medical and adult recreational use. That has been the long-standing editorial position of this news outlet, incidentally, although I have also acknowledged there are societal costs associated with the adoption of such policies.

In addition to legalizing marijuana for medical and adult recreational use, Cunningham said he would expunge criminal charges filed against South Carolinians for small-scale pot possession – another move I support.

In contrast to Cunningham, McMaster has steadfastly opposed any form of marijuana legalization – including efforts by free-market Republicans like state senator Tom Davis to pass a limited medical marijuana decriminalization bill.

McMaster has, in fact, vowed to veto a decriminalization bill in the event one were to land on his desk.

Public support seems to be overwhelmingly in favor of legalization – especially for medical marijuana.

As I noted in a recent piece, though, many of the assertions made by proponents and opponents of legalization have not held up to scrutiny.

“Of all the claims made in connection with the debate over decriminalizing marijuana, a noticeable uptick in revenue among states which adopted this policy is the only one which appears to hold water,” I wrote.

In fact, a recent report from Education Week revealed the Palmetto State spent more per pupil on government-run education than all of its southern peer states east of the Mississippi River. And as I noted in a post just last week, taxpayer funding for South Carolina’s outcome-challenged state-run system is soaring in the current fiscal year’s budget – which took effect two weeks ago.

If he expects to receive the support of fiscal conservatives, Cunningham must accompany these progressive drug policies with far better plans for the tax revenue they intend to generate – including long-overdue tax relief accompanied by a fundamental restructuring of state government and reprioritization of its functions.

So far, all he is proposing to do is pump the new money into the same failed bureaucracies that have been running the state of South Carolina into the ground for decades.