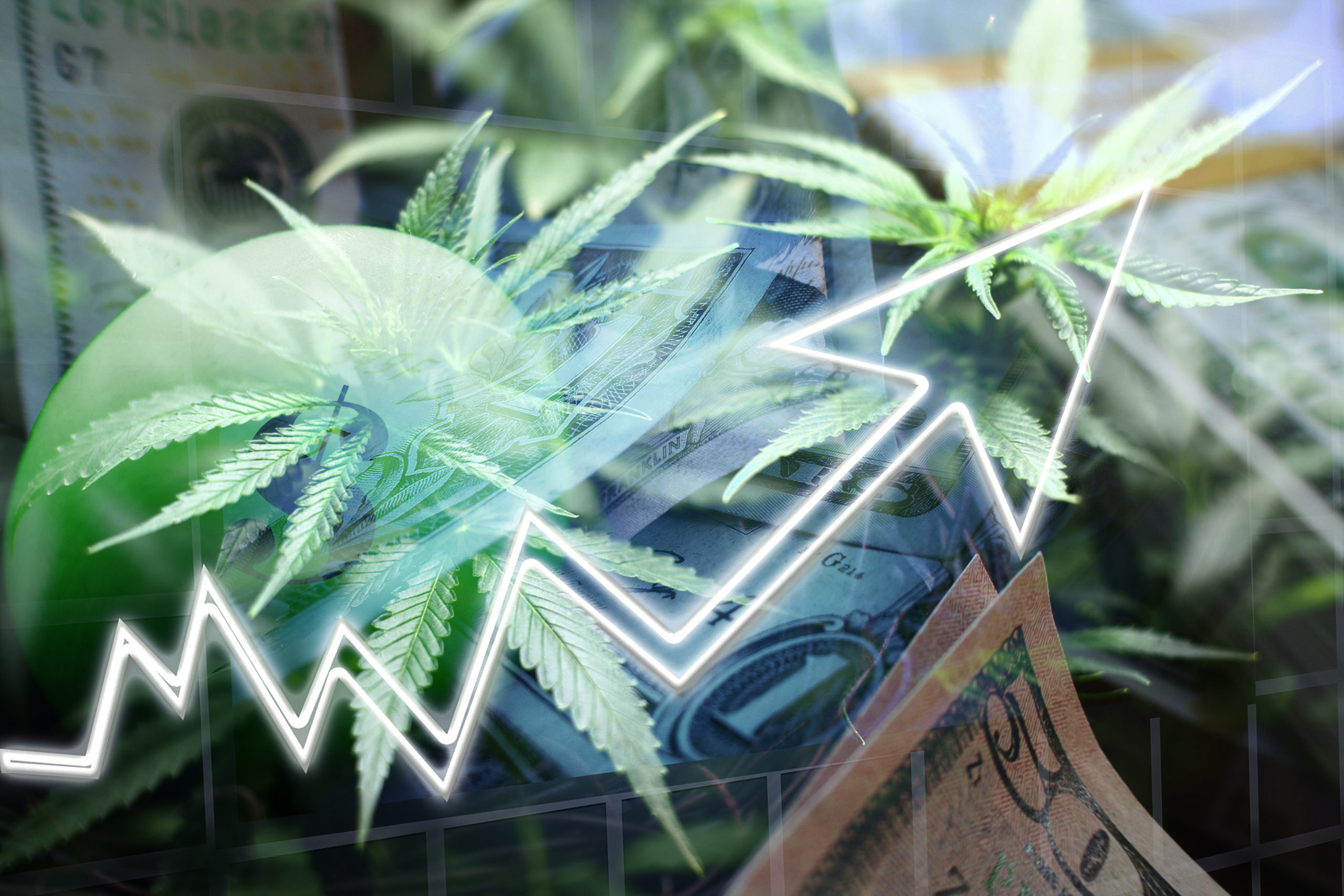 Proponents/ opponents of legalizing marijuana for recreational use have made a host of claims related to the purported benefits/ alleged drawbacks of such a policy shift. The problem? Claims on both sides do not appear to stand up to the scrutiny of data, which show legalization having only “minor effects” on the states where it has been adopted.

That’s the “tentative” conclusion of a new report from the libertarian-leaning Cato Institute, which analyzed a host of metrics from the eleven states which have legalized marijuana for adult use in the hopes of validating or debunking the spin associated with this debate.

First, some history: After being essentially outlawed a century ago, marijuana began to be decriminalized in the 1970s. Nine years ago, Colorado and Washington became the first states to legalize marijuana for adult use – with Alaska, California, Illinois, Maine, Massachusetts, Michigan, Nevada, Oregon and Vermont following suit.

Four additional states (Arizona, Montana, New Jersey and South Dakota) approved adult-use legalization at the ballot box in 2020 and will be providing their own data soon.

In the meantime, though, the available information provides “little support for the strong claims about legalization made by either opponents or supporters,” according to Cato.

“The absence of significant adverse consequences is especially striking given the sometimes??dire predictions made by legalization opponents,” the report added.

The one exception to this rule? Tax revenue …


According to the report, legalizing marijuana for adult use has had “a significant impact” in increasing tax revenues – including the generation of revenue growth which exceeded pre-legalization forecasts in many cases.

However, the report also found that “the tax revenues in these states may moderate as more states legalize marijuana,” noting how marijuana dispensaries in Washington State that were located along the border with Oregon “experienced a significant decline in sales once Oregon’s dispensaries opened.”

The Cato study also questioned the broader economic impact of marijuana legalization – which this news outlet has seized upon in its advocacy on behalf of the policy.

“Marijuana production and commerce do employ many thousands of people, but the employment gains seen in the wake of legalization are still modest compared with the overall size of each state’s workforce,” the study found.

On the flip side, many claims made by marijuana opponents have also failed to pan out – as the Cato report concluded that “violent crime has neither soared nor plummeted in the wake of marijuana legalization,” debunking a prominent criticism.

The report also poured cold water on the theory that marijuana use led to the expanded consumption of harder drugs – citing usage rates in these eleven states were “consistent with nationwide trends.”

To be clear: South Carolina is not debating whether to legalize marijuana for adult use. Well, let’s put that a little bit more concisely: The main “marijuana bill” at the S.C. State House – sponsored by senator Tom Davis of Beaufort, S.C. – is not an “adult-use” bill. Instead, it is a bill that would legalize marijuana for medical use in a strictly regulated setting.

In fact, we believe Davis’ bill is probably too tightly regulated … as this news outlet has consistently called for marijuana (and other drugs) to be legalized recreationally.

Other marijuana-related bills filed at the S.C. State House include S. 335 – filed by S.C. senator Mia McLeod – which would decriminalize simple possession of cannabis. Meanwhile, S. 268 – filed by S.C. senator Margie Bright Matthews – would call for a statewide referendum to be held on the question of recreational legalization during the 2022 general election.

We support both of those bills …

As part of our commitment to hosting a “marketplace of ideas” in South Carolina, we reached out to both opponents and proponents of cannabis legalization to get their thoughts on the Cato report. Given its mixed bag of outcomes, it’s not surprising that both sides found something in the report to celebrate.

“I found the recent report from the Cato Institute to be very effectual in dispelling so many of the false claims made by the opposition as to the negative impacts of legalization of marijuana,” said Jill Swing of the S.C. Compassionate Care Alliance, a group which supports the medical marijuana bill sponsored by Davis.

“Although proponents may also be guilty of stretching the truth a bit, one thing we do know is that patients in 36 states where cannabis is legal for medicinal purposes patients are improving their quality of life and reducing their dependence on opioids and other pharmaceutical drugs,” Swing said. “Meanwhile, patients here in South Carolina are still waiting for our lawmakers to pass similar compassionate legislation.”

The battle over decriminalizing cannabis for medical use is personal for Swing. Her daughter, Mary Louise Swing (above, left), was diagnosed with cerebral palsy and epilepsy before she turned two years old and experiences between 800 and 1,200 seizures each day.

Tetrahydrocannabinol-based medication has had a dramatic impact in reducing those seizures.

Davis concurred with Swing, saying the Cato report shredded the objections of those who oppose his bill.

“On one hand you have people claiming marijuana has no medical benefits and is the most dangerous drug in America, and on the other you have comprehensive factual reports like this that put the lie to those claims,” Davis told us.

Leading the opposition to marijuana legalization in South Carolina is Mark Keel, chief of the S.C. State Law Enforcement Division (SLED). While we disagree with Keel’s position on this issue, he has been consistent from day one in opposing legalization unless/ until marijuana is approved for medical use by the U.S. Food and Drug Administration (FDA).

We reached out to Keel this week to get his thoughts on the Cato report.

“This study reinforces exactly what I have said all along – that there is not enough data, not enough studies and not enough research on the impacts of doing this,” Keel told us, pointing to the report’s repeated references to “limited” or “incomplete” information on the potential consequences of marijuana legalization.

“Why would South Carolina as a state want to go down this road?” Keel asked.

“The only thing this study proves is that we need more studies,” Keel added.

According to Keel (above), the ongoing debate over how best to respond to the coronavirus pandemic underscores his basic point regarding proposed marijuana legalization.

“People keep saying follow the science with Covid,” he said. “I just wish people would follow the science on this. When it is studied the way it needs to be studied, when doctors can prescribe it, when pharmacies can dispense it, when we have prescribed amounts so we know what and how much people are getting – when we get to that point, I’ll be all for it,” Keel continued. “But we are not to that point yet.”

Keel did accede to the Cato report’s contention that passing recreational marijuana laws had been a revenue boon to states – at least initially.

“You didn’t have to do a study to tell you that – I could have told you that,” Keel said.

Keel’s opposition to marijuana legalization has proven pivotal, as governor Henry McMaster has cited the concerns of law enforcement as his primary reason for vowing to veto Davis’ bill. However, Davis and McMaster have become politically cozier in recent months, prompting some to suggest that McMaster might we willing to back off of his veto threat.

According to our sources, Davis has impressed upon the governor the extent to which medical marijuana legalization is supported by voters – especially general election voters in the South Carolina Lowcountry. Assuming he runs for reelection, McMaster desperately needs to find some issues that would allow him to shore up his flagging public support.


Ryan Alphin – executive director of the S.C. Law Enforcement Officers Association (SCLEOA) and the S.C. Police Chiefs Association (SCPCA) – acknowledged that public support for legalization is high but noted how “many South Carolinians do not fully understand how marijuana would be cultivated, processed and dispensed” in the Palmetto State.

“Marijuana advocates often state that a physician should be able to prescribe marijuana to patients (emphasis original),” Alphin wrote to us. “Marijuana in plant, edible or vaping form is not an FDA approved medication and cannot be prescribed by a physician, only recommended in certain states.”

“Marijuana in plant, edible or vaping form will not be available at your local pharmacy or dispensed by a pharmacist,” Alphin continued. “Instead, in medical and recreational states dispensaries pop up in local neighborhoods selling bags of marijuana without dosing instructions with names like Purple Haze, Amnesia, Pineapple Express and Skywalker OG. Further, dispensaries in medical and recreational marijuana states are permitted to sell edibles and oils that are often wrapped in packaging with names that are directly marketed to children and contain extremely high levels of THC.”

According to Alphin, “this is simply not the way medicine is prescribed and dispensed in the United States,” although he did give Davis credit for taking steps to address “some of these concerns” in his legislation.

Again, this news outlet’s views on legalizing marijuana remain what they have been for years: We support legalization as a liberty and an economic issue – although we have acknowledged the necessary limits of such a policy.

Needless to say, we will continue to follow this issue closely as it advances through the S.C. General Assembly – allowing both supporters and opponents of the measure to make their cases to our readers via our open microphone policy.

In the meantime, what do you think? Vote in our poll and post your thoughts in our always-engaging comments section below …

Do you support legalizing marijuana in South Carolina?