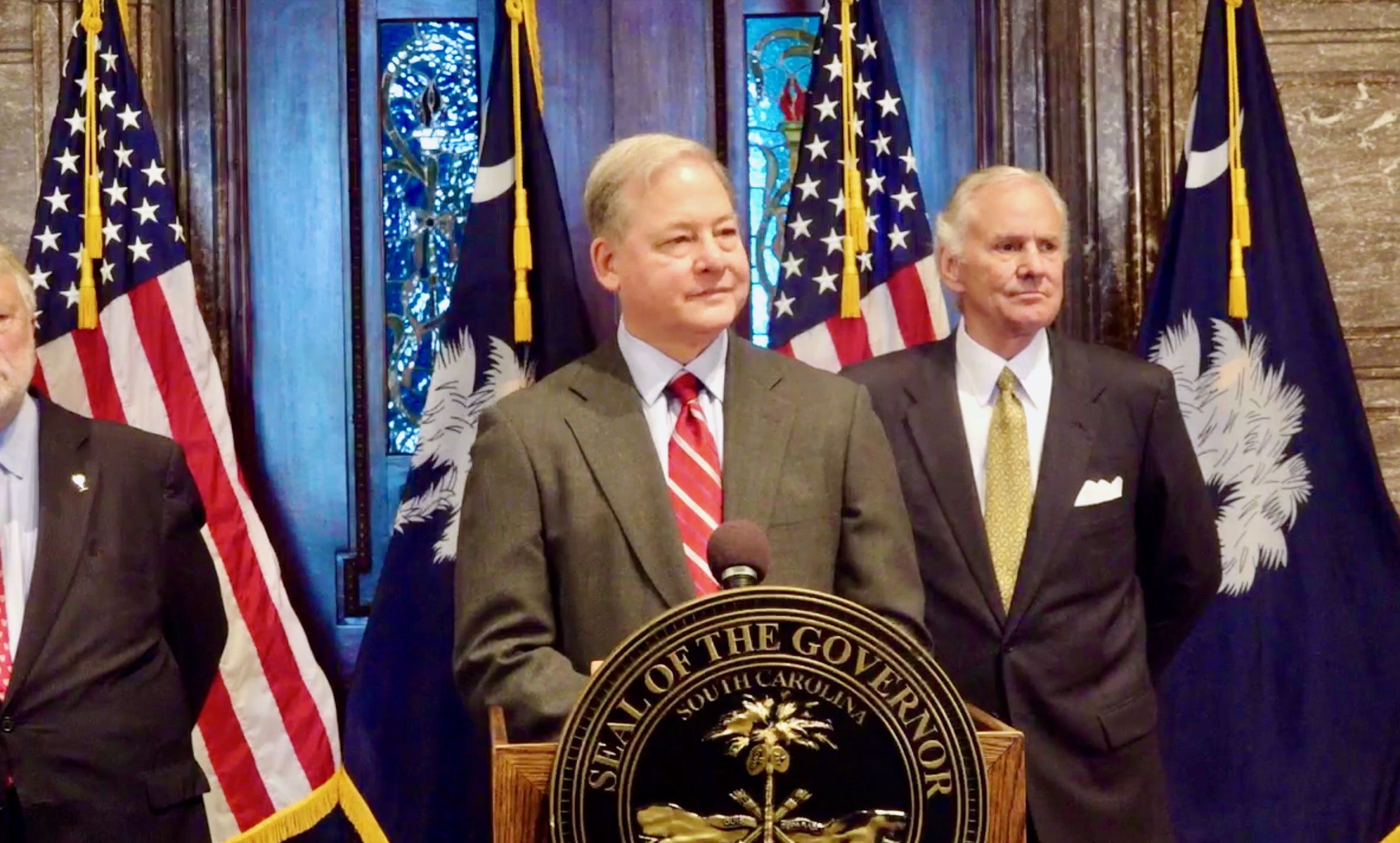 My news outlet reported yesterday that South Carolina governor Henry McMaster was about to roll out his nominee to lead the S.C. Department of Commerce (SCDOC) – the Palmetto State’s top crony capitalist (a.k.a. corporate welfare) agency.

Shortly after this article was posted, mainstream media outlets in the Palmetto State confirmed that the governor was naming Harry Lightsey III to run this agency – which he did at a press conference at the S.C. State House on Thursday morning.

Lightsey – a former executive with AT&T – would replace Bobby Hitt, who was appointed to the post in 2011 by former governor Nikki Haley. According to my sources, McMaster had been struggling for months to find a replacement for Hitt – who has been trying to exit stage left for months.

Lightsey was “at least” his fourth choice, sources familiar with the search process told me … which is interesting considering he boasts an extensive résumé of corporate and political experience, including a stint as a board member of the Federal Reserve bank in Richmond, Virginia.

Prior to assuming his new post, Lightsey must first be confirmed by the S.C. Senate. That could be a rocky process given that a pair of state senators – Dick Harpootlian and Wes Climer – have made it very clear they have serious reservations about the opaque and unaccountable manner in which this agency has been doling out billions of dollars worth of market-distorting subsidies to select corporations (including liberal billionaires).


Transparency and accountability aside, is this “economic development” approach working for South Carolina? No.

The Palmetto State’s income levels currently rank seventh-worst nationally – and its work force is currently the fourth-smallest in America (as a percentage of its working age population).

Those are absolutely terrible metrics, people. Sadly, McMaster and “Republican” lawmakers have done nothing but double down on corporate giveaways – while also raising taxes and blowing billions of dollars worth of budget surpluses on political pork.

What should they be doing instead? Cutting taxes …

Are lawmakers listening? Again, no …

Rather than letting South Carolinians keep more of what they earn, the “conservative” S.C. General Assembly is instead preparing to plow approximately $2 billion in surplus taxpayers funds into the same maze of failed, byzantine bureaucracies that have been holding the people of the Palmetto State back for decades.

Ultimately, changing those policies matters much more than subbing out which politically connected insider sits at the spigot of the corporate gravy train …