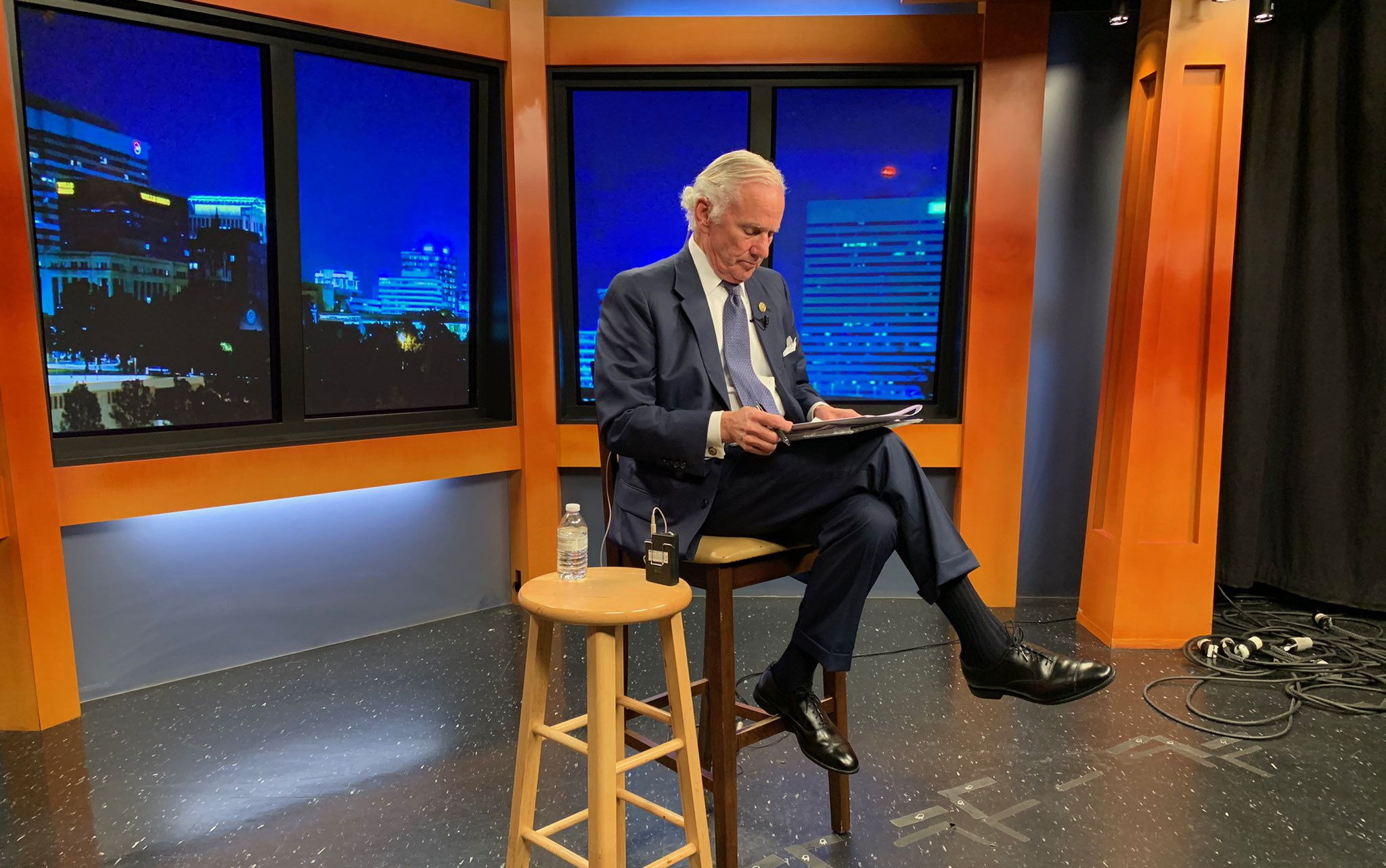 An “irate” South Carolina governor Henry McMaster verbally harangued a pair of state senators in his office over their efforts to bring accountability to his catastrophically mismanaged juvenile justice agency – setting the stage for further conflict with lawmakers over the direction of this troubled bureaucracy.

McMaster may have also made himself some new enemies in the Senate – and not just the two GOP lawmakers he dressed down during the contentious May 25, 2021 meeting in his office.

According to my sources, several senators were furious upon learning of the ill treatment of their colleagues by the governor.

To recap: The S.C. Department of Juvenile Justice (SCDJJ) – led by McMaster’s hand-picked director, Freddie Pough – has descended into chaos as incidents of violence behind its walls have soared in recent months. Chronic shortages of front-line correctional staff have only exacerbated the problem.

A recent report from the S.C. Legislative Audit Council (SCLAC) exposed additional issues – including the alleged misappropriation of funds and the failure of agency leadership to report violent incidents as required by law. This latter charge took on additional urgency earlier this month when our news director Mandy Matney reported exclusively on a 16-year-old girl at a SCDJJ who attempted suicide in an effort to draw attention to the problems at the agency.


As Matney has previously reported, the audit provided hard evidence on what sources have been telling FITSNews for years – that SCDJJ is spiraling out of control. It further proves that efforts to “reform” this agency in the aftermath of its prior debacles are failing … miserably.

According to the SCLAC report, SCDJJ has lost over 32 percent of its security staff since 2017 – while violence has increased by 42 percent at its facilities over the same time frame.

One of those employees walked off the job …

“They are at the end of their rope,” a source familiar with the situation told me over the weekend. “This is the most ludicrous situation I have ever seen and the governor covering up for the director has gone too far.”

McMaster is standing defiantly by Pough – whose agency has done its best to spin the report as being full of inaccuracies and exaggerations. According to my sources, these damage control efforts will become much tougher to maintain after Midlands television station WLTX TV-19 (CBS – Columbia, S.C.) airs what I am told is a “scathing” expose on the agency later this week.

Stay tuned for that broadcast …

Meanwhile, in the aftermath of the audit lawmakers are no longer merely concerned that Pough is mismanaging the prisons he’s in charge of – they are worried he may have committed crimes. In fact, six senators wrote a letter to S.C. attorney general Alan Wilson recently asking his office to refer possible criminal violations at SCDJJ to the S.C. State Law Enforcement Division (SLED) for investigation.

SLED is reportedly probing at least one SCDJJ-related incident, although it remains to be seen whether Pough or any members of his ever-expanding “senior leadership” team are under investigation.

Frankly, they should be …

As state senator Dick Harpootlian noted in a recent hearing, the agency’s reporting failures have gotten out of hand under Pough – including at least one documented failure to alert SLED and the S.C. Department of Social Services (SCDSS) of a situation which posed a threat to the life of a juvenile inmate.

“If there’s a threat to a child’s life, you have a statutory duty to report it to DSS or SLED or both,” Harpootlian told Pough. “Did you in that case?”

“You understand that what you’re doing is a crime?” Harpootlian asked.

Pough again replied in the negative.

Pough declined to answer, saying he needed to consult the statute – a response which further irritated the Richland county lawmaker.

“So you have been there three years and don’t understand what your statutory duties are?” Harpootlian asked Pough. “Don’t you think you should be reading the statutes?”


During last week’s meeting in the governor’s office, a red-faced McMaster is said to have rebuked state senators Katrina Shealy and Shane Martin over the “disgraceful” grilling Pough received at the hands of the S.C. corrections and penology committee, which Martin chairs.

With his chief of staff Trey Walker looking on approvingly, McMaster reportedly tore into Shealy and Martin – accusing them of unfairly targeting his embattled SCDJJ director. Specifically, he is alleged to have screamed in Shealy’s face at one point during the meeting – prompting a sharp retort from the Lexington county Republican.

Shealy declined to discuss the meeting when I reached her over the Memorial Day weekend, referring to it as a “private talk.” Martin did not immediately respond to my request for comment.

Shealy did post a message to Facebook in which she said she had been “fussed at” by McMaster.

“Do not get in my face and tell me I don’t know what I am talking,” Shealy wrote.

McMaster – who is currently struggling to fill one of his top cabinet posts – went on to accuse the Senate of sabotaging his nominees for executive branch positions during the meeting, reportedly referring to the harsh questioning of Pough as “one reason (why) no one wants to be on boards or commissions.”

Really? Certainly, senators have declined to rubber-stamp certain McMaster appointees – or pointed out when the governor’s office was statutorily unable to make a particular selection. But in those rare instances in which the governor has offered up qualified candidates for consideration, senators have wasted little time confirming them.

McMaster recently submitted an eminently qualified nominee as the next director of the S.C. Department of Health and Human Services (SCDHHS) – and the Senate approved the nomination of Robbie Kerr in record time. The governor also got his latest nominee to lead the S.C. Department of Public Safety (SCDPS) confirmed earlier this year.

Sounds to me like the problem is not the Senate … but McMaster.

Bottom line? SCDJJ is a disaster and Pough is clearly unfit to lead the agency – and these lawmakers are simply doing their jobs by exposing these self-evident truths. McMaster should be thanking them and taking the necessary corrective action rather – not verbally attacking them and continuing to enable Pough’s failure.