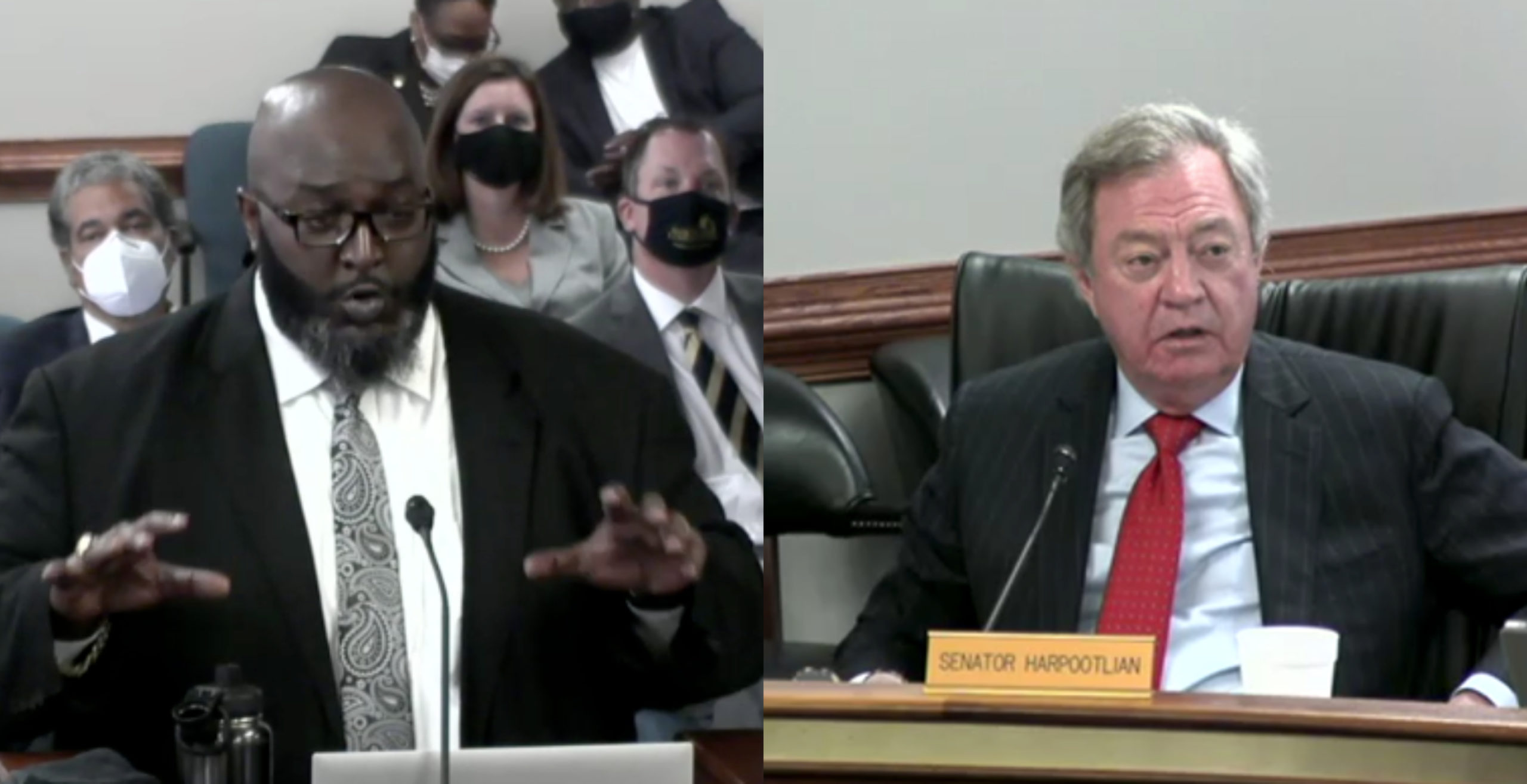 As the S.C. Department of Juvenile Justice (SCDJJ) faces a major staffing shortage in all of its facilities, director Freddie Pough brought 30 SCDJJ employees with him to the legislative hearing where Pough defended his scandal-scarred agency.

“Don’t they have something else to do?” S.C.Senator Dick Harpootlian asked Pough about why he brought an entourage of employees with him to the meeting where they would only be questioning Pough. “Shouldn’t you send them home?”

Pough, who was hand-picked by Gov. Henry McMaster to fix the troubled agency in 2017, appeared nervous and struggled to answer the question directly.

He then sent the 30 SCDJJ employees back to work — setting the stage for a heated hearing where Pough was grilled after a damning report by the S.C. Legislative Audit Council (SCLAC) showed major failures and mismanagement at the SCDJJ.

The report covered a wide range of failures by the SCDJJ — including misuse of funds, increasing violence and decreasing staff levels. The audit is a follow-up from the 2017 report, which ultimately prompted Haley’s director to step down.

Even though the most recent SCDJJ audit showed that the agency has gotten worse under Pough, it doesn’t look like the embattled director is going to resign anytime soon.

During the hearing, Harpootlian said Pough was committing crimes by not properly reporting the violent incidents that are happening to children in his facilities. He then asked the SCDJJ director if he would resign.

Pough said no — despite lawmakers’ opinions of him.


“Everyone here is left woefully unconvinced that you can do the job,” Harpootlian said to Pough.

Harpootlian asked committee chairperson S.C. Senator Katrina Shealy — who has led the fight to fix the SCDJJ — to schedule a meeting with McMaster for lawmakers to express their concerns about the SCDJJ and possibly ask him to fire Pough.

McMaster is highly unlikely to fire Pough, considering he has fiercely stood by him even after the scathing SCLAC audit.

However, several lawmakers said Thursday they are deeply concerned about the disaster at SCDJJ and will continue the fight to change the broken system.

“This situation is a crisis,” Harpootlian said. “There will be children hurt today, tomorrow, and everyday —whether they’re being fondled or sexually assaulted by staff members or beaten up…. Apparently Mr. Pough doesn’t understand that this is beyond his capabilities.”

After Pough attempted to defend his agency by “explaining things that didn’t need explaining,” as Harpootlian put it, eight lawmakers interrogated the SCDJJ director for a grueling three hours — and all of them appeared to be troubled by Pough’s answers.

At the hearing, Harpootlian said he read the heartbreaking story FITSNews reported yesterday — a 16-year-old girl at the Upstate Evaluation Center (UEC) tried to kill herself earlier this year and wrote in a note that she did it to expose abuse at SCDJJ.

Harpootlian questioned Pough on the suicide attempt and Pough admitted to not reporting the incident to the S.C. Law Enforcement Division (SLED) or the S.C. Department of Social Services (SCDSS).

“If there’s a threat to a child’s life, you have a statutory duty to report it to DSS or SLED or both,” Harpootlian told Pough, reading the law. “Did you in that case?”


“You understand that what you’re doing is a crime?” Harpootlian asked.

Pough failed to answer the question directly and said he needed to read the statute again.

“So you have been there three years and don’t understand what your statutory duties are?” Harpootlian asked Pough. “Don’t you think you should be reading the statutes?”

Pough essentially admitted to not understanding the law and his responsibilities.

Harpootlian asked Pough more questions about the violence and staffing issues within SCDJJ campuses and the director failed to give specific answers. Most of the problems detailed in the SCLAC report revolve around SCDJJ’s staffing shortage and the agency’s inability to retain qualified staff who can keep the facilities safe. SCDJJ has lost over 150 security positions since 2017 while violence has increased by 42 percent at its facilities.

SCDJJ officials have created a disastrous and exceedingly dangerous cycle within its facilities, according to the audit. They aren’t spending enough money on programs to keep incarcerated teenagers occupied and out of trouble, which has sparked an increase of violence. Adding fuel to the flames, the agency has failed to offer essential employees competitive wages, so its security staff members are leaving in droves.

Pough could not answer specific questions about the increasing violence within his facilities and refused to admit that it’s getting worse — despite the large amount of evidence presented by the SCLAC.

Pough appeared to be grossly incompetent about what goes on inside the facilities he’s in charge of.

He said that SLED has only been contacted to investigate an incident at SCDJJ facilities once this year — which lawmakers said was a major problem as violent incidents are occurring often, as we’ve reported.

“Would you consider resigning?” Harpootlian said.

This is not the first time Pough has been accused of possibly committing crimes.

Shealy said Pough and his executive staff have moved their offices from behind the fence to an off-campus location — creating a major disconnect between the decision-makers at SCDJJ and the frontline workers.

“Children and staff aren’t safe… I know this is a fact,” Shealy said. “And y’all aren’t there because y’all are at this other office building someplace else…. So everybody in your office feels safe, but the people who have to go behind the fence don’t feel safe.”

S.C. Senator Mia McLeod said there was a major disconnect between what SCDJJ employees have told her about violence within the facilities and what Pough was testifying. She knew of several horrific incidents that Pough didn’t seem to be aware of or concerned about.

“They are describing to me a very different picture than what you’re describing today,” McLeod said to Pough. “So I don’t know where that disconnect is, but there is one. I’m not sure how we fix that — but what you think is happening isn’t happening.”

SCDJJ is allocating money in the wrong places, according to auditors. Instead of giving guards better salaries, higher-level employees such as psychologists and managers have received the biggest raises (around 30 percent) since 2017.

Shealy said Pough’s budget has plenty of money to give guards — who are responsible for safety, the most important function of SCDJJ — a raise of at least 2 or 5 percent.

The S.C. lawmakers all agreed that the situation was dire and action needed to be taken.

Shealy said that she will schedule a meeting with McMaster to discuss the imploding situation at the SCDJJ and the committee will meet again to discuss what’s next.