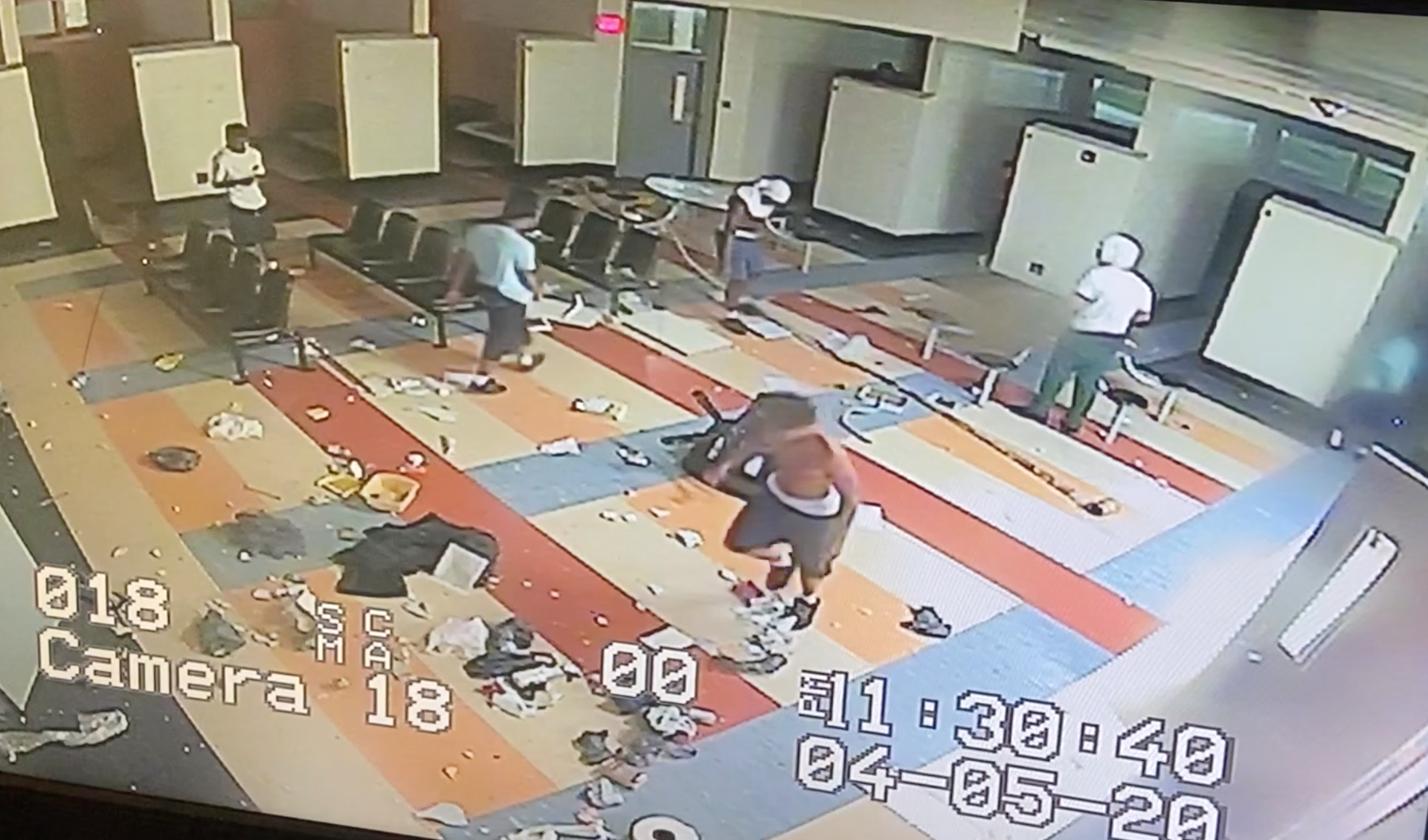 A recently released video of an April 5 incident gives us a glimpse of just how “out of control” the situation is at the Broad River Road Complex (BRRC) in Columbia South Carolina.

“These kids are out of control,” a source at SCDJJ said. “They can break anything they want and know ain’t nothing gonna happen!”

“This type of stuff is going on every day and someone is going to get killed if something isn’t done,” a SCDJJ source told FITSNews. “The kids are just running wild and we don’t have anyone to respond. They’re out of control with no consequences.”

This news outlet has reported on the worsening conditions at the South Carolina Department of Juvenile Justice (SCDJJ) facilities for several years.

Multiple sources at the Broad River Road Complex told FITSNews that the facility is understaffed and the guards are overworked as situations like the incident in the video are becoming more frequent.

“Staff are getting brutally assaulted,” an SCDJJ source said. “It’s not safe for the staff or the juveniles.”

Our source said there’s a “war breaking out between staff and juveniles” at Broad River Road.

“Juveniles are threatening staff and we have multiple juveniles assaulting staff members at the same time,” the source said.

Adding to the mounting violence and issues at BRRC, sources tell us that the SCDJJ began separating inmates by gang affiliation earlier this year.

“The new rule at DJJ is to put all the gang members in the same pods.  So if you are a Blood you go with them, etc.,” another SCDJJ source told FITSNews. “So we are setting a culture of bigger better gangs.”

In February, the Department of Justice (DOJ) found that conditions at the Broad River Road Complex (BRRC) in Columbia, South Carolina, violate the Fourteenth Amendment of the Constitution.

Multiple sources familiar with the situation told FITSNews that most of the problems at the SCDJJ revolve around lack of staffing.

“It’s just not safe for us,” an SCDJJ source said about guards at the Broad River Road Complex. “And it’s only going to get worse.”

The facility is no stranger to violence, which has caught the attention of state lawmakers. FITSNews founding editor Will Folks wrote the following in March:

“Specifically, state representatives Phillip Lowe and Kirkman Finlay have been ramping up the pressure on SCDJJ, wanting to know why the agency is still struggling more than three years after the SCLAC ripped it for a wide range of failures related to both inmate safety and fiscal mismanagement.

Meanwhile in the S.C. Senate, Katrina Shealy and Shane Martin are leading efforts to hold the agency accountable – recently requesting a special subcommittee be appointed to dig deeper into the allegations raised by DOJ.”

FITSNews has reported on multiple prison brawls at Broad River Road complex — a campus of operated by the SCDJJ, which our founding editor has called “one of the many dysfunctional agencies that make up the Palmetto State’s “Mo Money, Mo Problems” government.”

Note: FITSNews will continue to report on South Carolina’s prisons. To contact us with a tip, please email mandy@fitsnews.com.