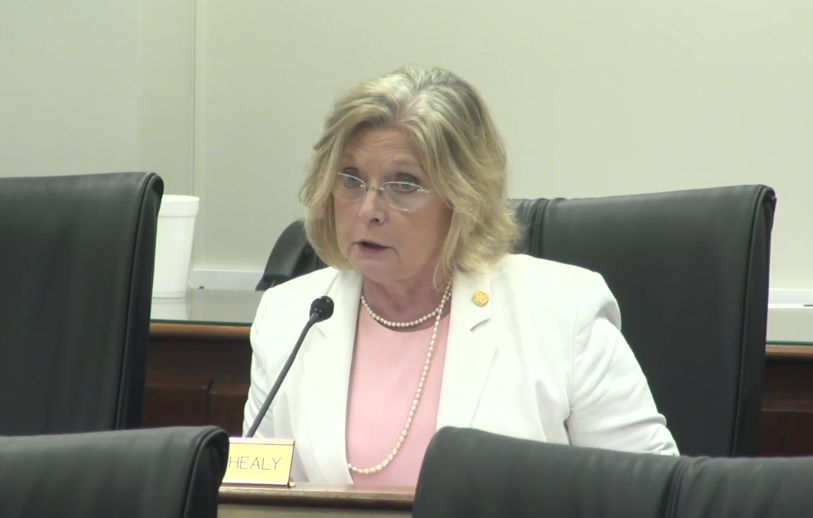 As lawmakers discussed a disturbing audit on the imploding disaster at the S.C. Department of Juvenile Justice (SCDJJ), Gov. Henry McMaster attended a press conference celebrating the scandal-scarred agency.

At the exact same time as that press conference, the corrections and penology subcommittee reviewed a damning SCDJJ audit by the S.C. Legislative Audit Council (SCLAC).

While Shealy was clear that the audit wasn’t targeted at a particular person, the report concluded that Pough — who was hand-picked by McMaster to fix the troubled agency — isn’t doing the job.

In fact, auditors concluded that the agency is now worse than it was in 2017, when SCLAC’s last audit led to the resignation of the former SCDJJ director, who was appointed by Nikki Haley.

The audit provides evidence on what sources have been telling FITSNews for years — SCDJJ is spiraling out of control as the number of security officers decreases and the number of violent incidents climbs.

On Wednesday, lawmakers processed a lot of troubling information from the SCDJJ audit — starting with the fact that Pough sent an email to all SCDJJ workers at the beginning of the investigation essentially telling employees not to cooperate with auditors.


Marcia Lindsay, an auditor who led the review, said it was shocking and highly unusual for a top-level official to blatantly interfere with an investigation through a mass email. She said she had never seen such a thing in her 31 years of auditing.

“The staff was very upset and concerned about retaliation for talking to us,” Lindsay said.

Most of the problems detailed in the SCLAC report revolve around SCDJJ’s staffing shortage and the agency’s inability to retain qualified staff who can keep the facilities safe. SCDJJ has lost over 150 security positions since 2017 while violence has increased by 42 percent at its facilities.

“So we have adults in a juvenile facility who don’t feel safe,” S.C. Senator Dick Harpootlian said. “It’s ‘Lord of The Flies.’ It’s inmates running the asylum.”

SCDJJ is allocating money in the wrong places, auditors said on Wednesday. Instead of giving guards better salaries, higher-level employees such as psychologists and managers have received the biggest raises (around 30 percent) since 2017.

“The amount of money that went for (senior management) raises was enough to give a 14% raise to all 113 entry level correctional officers,” auditors said Wednesday.

Because there were so many serious concerns laid out in the 196-page audit, senators didn’t have enough time to review all of the audit on Wednesday.

“I mean it just looks to me like a dumpster fire,” Harpootlian said of the SCDJJ.

Harpootlian said the audit is “a damning indictment of the system that is supposed to address the issues of kids who need to be confined somewhere so that we can try to get them improved in some way.”

At the same time Harpootlian said this, McMaster held a press conference at SCDJJ offices in Columbia.

“It’s a beautiful day in South Carolina… it’s nice to be in this beautiful facility,” McMaster said, announcing that the SCDJJ — which was just flagged in the audit for misusing funds — will be in charge of $12 million for “young people outside of the fence.” The money is supposed to go toward youth programs to keep kids out of trouble.

“They’ve got $11 million sitting in the bank, what do they need that money for?” Harpootlian asked of SCDJJ.

The subcommittee will meet again in two weeks to finish reviewing the report. After that, senators will then call on witnesses — including Pough, who could be asked to resign.

FITSNews will continue to shine a light on the problems at SCDJJ —the agency has been tasked with performing a core function of government – a key part of the broader criminal justice system that includes law enforcement, courts and corrections.