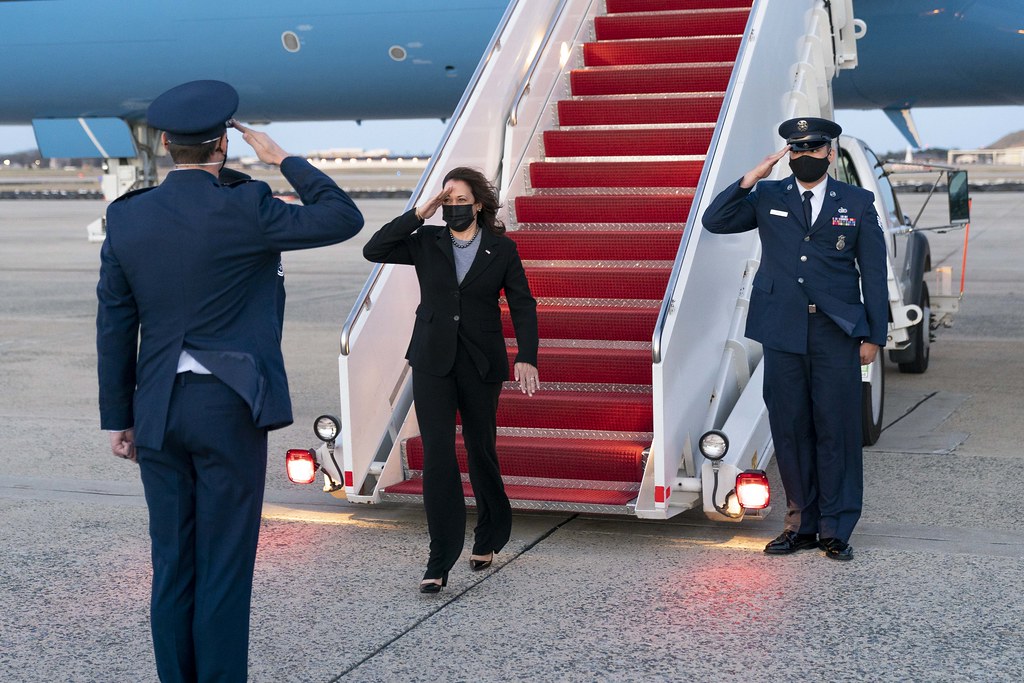 Two weeks ago, I defended former United Nations ambassador Nikki Haley for some ridiculous criticism she received from the far left.

This week? I have to call out Haley – and other establishment “Republicans” – for some ridiculous criticisms they are leveling against a luminary of the far left over the extended holiday weekend.

The silliness began on May 29, 2021 when U.S. vice president Kamala Harris sent out a tweet encouraging Americans to “enjoy the long weekend.”

Obviously, Monday was Memorial Day – a holiday created in 1868 by U.S. Army major general John A. Logan to allow “reverent visitors and fond mourners” the opportunity to adorn the graves of fallen soldiers with “the choicest flowers of springtime.”

This holiday honoring our military dead is also the unofficial kickoff of summer – and a period of robust activity (hopefully) for tourism.

According to Haley, Harris’ tweet did not show sufficient respect to our fallen soldiers.

“Unprofessional and unfit,” Haley wrote by way of response – headlining a stream of right-wing repudiation of Harris.

“There are many who are upset the leaders in this country do not quite remember the meaning of this weekend,” Fox and Friends co-host Will Cain added, referring viewers to Harris’ tweet.

Really? And what do these “conservatives” believe is the best way to “remember the meaning” of Memorial Day … donning soot and sackcloth? Weeping and gnashing their teeth? Solemn, virtue-signaling tweet-storms?

Last time I checked, warmongering neoconservatives like Haley (and their media mouthpieces) weren’t remotely concerned about American soldiers losing their lives. Their primary objective? Finding new and novel ways to manufacture crises which needlessly put more of these troops in the line of fire – all so wealthy, politically connected defense contractors can continue getting paid.

And so the sheeple stay in line during the next election …

I’m sorry … was that too blunt?

Let me put it another way: Isn’t the best way to honor the legacy of our fallen soldiers to pursue foreign policies which place a premium on American blood and treasure? Policies which expend these precious resources only in the furtherance of core national security objectives? I am not a pacifist – and I believe in the doctrine of overwhelming force when force is required – I’m simply saying there are some fights our nation should stay out of.

Frankly, that seems like a common sense approach in the aftermath of a tremendously costly “war on terror” that had no clearly defined objective and no exit strategy …

To her credit, Harris did post a message honoring the troops prior to Memorial Day.

“Throughout our history our service men and women have risked everything to defend our freedoms and our country,” she tweeted on Sunday. “As we prepare to honor them on Memorial Day, we remember their service and their sacrifice.”

Meanwhile, Haley found herself on the receiving end of a torrent of criticism after she posted a picture of her and her son enjoying a moment together at an oceanfront resort … on Memorial Day.

“This just in: Nikki Haley has the temerity to enjoy her long weekend,” Clarence Patton of Brooklyn, N.Y. tweeted.

Hypocrisy? From Haley? Say it ain’t so …


Obviously 2021 has not been kind to Haley – with her presidential prospects fading considerably following a series of serious miscalculations.

In the aftermath of the bloody rioting at the U.S. capitol on January 6, 2021, Haley and other GOP politicians calculated Republican voters would abandon their leader – former U.S. president Donald Trump. That clearly did not happen. In the days that followed, Haley’s strategists realized this – albeit belatedly – and she quickly changed her tune. Several old quotes came back to bite her, though – and when Haley sought an audience with Trump in the hopes of explaining herself, she was rebuffed.

As I have often pointed out, though, Haley cannot be counted out … in part due to identitypolitik but mostly due to the institutional cheddar underwriting her platitudinal “Socialism = Bad” and “China = Bad” campaign planks.

“As a minority, female candidate who is backed to the hilt by the party establishment and any number of wealthy neoconservative and Jewish interests – she isn’t about to be forced off the national stage no matter how badly she has bombed these last few months,” I wrote earlier this year.

Still, sooner or later Haley has to learn that cheap political points often come at a cost. Also, the longer she attempts to navigate the 2024 campaign absent a core set of convictions, the harder it will be for her to pay the price associated with such short-sighted gambits.

Seriously, could she not think of anything better to blast the current administration over?