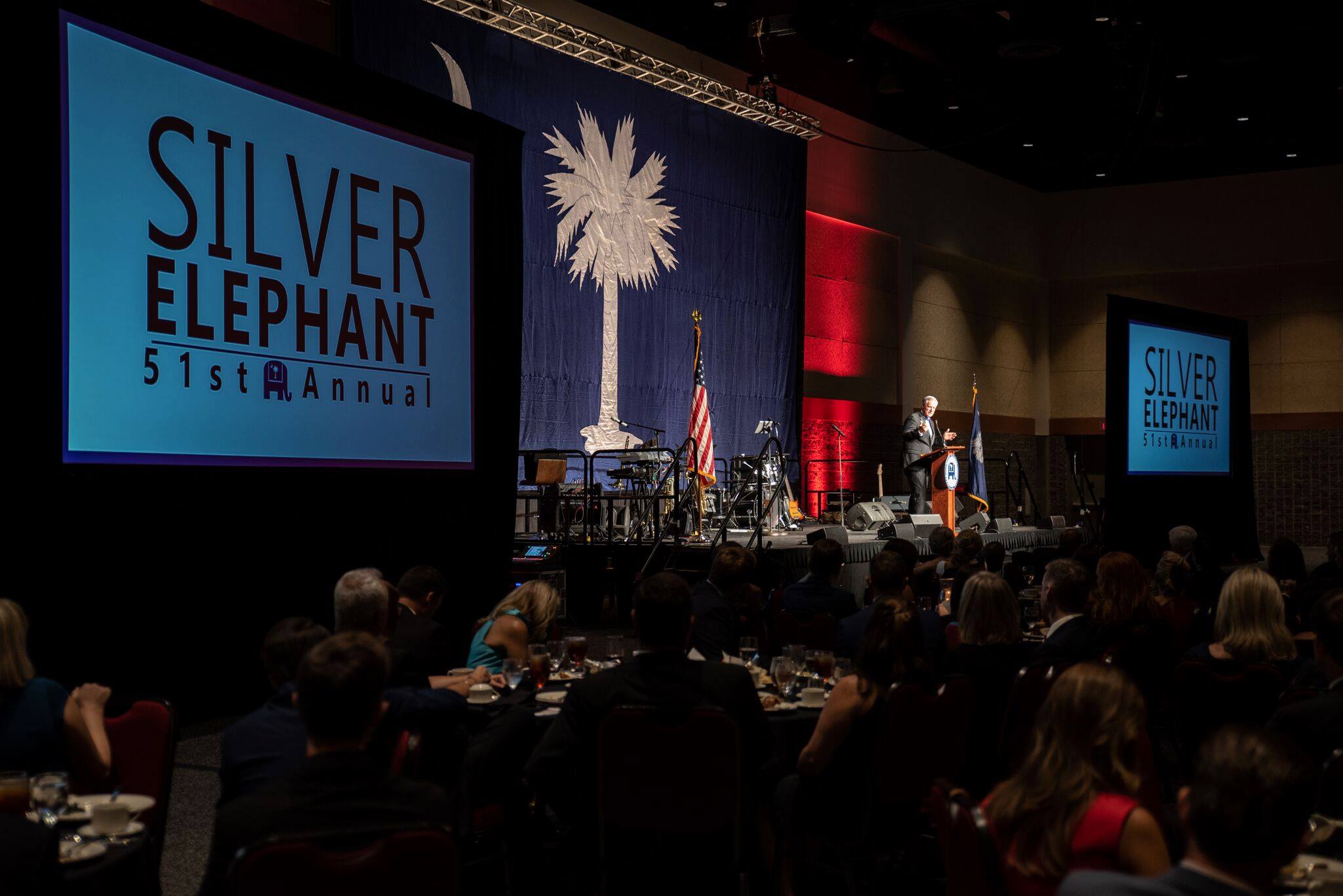 A South Carolina circuit court judge rejected a challenge to the state’s Republican party (SCGOP) this week, deciding against a group of plaintiffs who asserted that the party’s attempt to hold a “hybrid” state convention violated party rules and – by extension – state law and the constitution.

The so-called “MAGA Lawsuit” – filed by supporters of famed First Amendment lawyer Lin Wood – sought to compel the SCGOP and its incumbent chairman Drew McKissick (who is being challenged by Wood) to follow their rules and hold an in-person convention this Saturday (May 15, 2021) in Columbia, S.C.

S.C. circuit court judge Perry Gravely didn’t even take the matter under advisement. During a hearing in Greenville, S.C., Gravely ruled from the bench that the motion was “respectfully” denied – in large part because he did not believe the plaintiffs demonstrated how they were “irreparably harmed” by the party’s decision to host a hybrid convention.

Barring an emergency appeal, that means the hybrid convention is now on …


Late last month, party leaders voted not to hold a statewide in-person convention – ostensibly due to lingering concerns about the coronavirus pandemic. Rather than gathering together in one location (as party rules dictate), county parties will instead host in-person “caucuses” at the local level. At these caucuses, delegates will cast their votes for party chairman (and three supporting statewide party offices) via paper ballot. These paper ballots will then be reported to the SCGOP “credentials committee” in Columbia, S.C. – which will tabulate and release the final results of the elections.

Wood and his backers have suggested this “hybrid” model is ripe for potential fraud – and have demanded the party meet in one location and vote for party offices using paper ballots. In fact, Wood supporters believe the ostensibly insurmountable delegate advantage asserted by McKissick and his backers is the result of rigged voting at the county level.

While I believe Wood is not always entirely tethered to reality, I have concurred with his assessment that the party should settle the question via an in-person convention using paper ballots.

Why? Because I believe this is the fairest way for the SCGOP to select its news leaders. Also, I believe failing to host a convention in accordance with party rules could delegitimize the results of the upcoming chairman’s election.

A total of 870 delegates will vote this month to determine the next SCGOP party chairman. To be elected, a candidate needs to capture 436 of these delegates (assuming all delegates turn in ballots in a two-person race).

Kazmarski spoke to me after the ruling, expressing her disappointment in Gravely’s decision. According to the SCGOP delegate – who also serves as the third vice chairman of the Laurens county party – the court failed to properly consider the matter.

“Unfortunately, justice is not readily available in South Carolina,” Kazmarski (below) told me. “However, we were able to shed light on the fact that the SCGOP is not following their own rules and the rule of law. I will continue to fight for the delegates of Laurens County because that’s what they elected me to do.”

Party officials were understandably pleased with the outcome of the hearing … and used the ruling to throw some shade at their antagonists.

“Considering two out of the three plaintiffs participated in a fully virtual convention process last year, one of whom even ran for national delegate – without complaint – it’s not surprising the judge denied their motion for injunction,” one SCGOP official told me.

This is not the first time SCGOP officials have brazenly flouted their own rules – and been backed by the courts. In December 2019, S.C. circuit court judge Joceyln Newman upheld the SCGOP’s controversial decision to cancel its 2020 “First in the South” presidential primary as a sop to then-U.S. president Donald Trump.

This decision wound up being a major miscalculation – one which cost Trump a compelling counter-narrative to the resurrection story of Joe Biden, who used his “First in the South” win to propel him to the Democratic presidential nomination.


Politics aside, though, the ruling was a clear violation of party rules – which double as state law during the primary election process. In South Carolina, state law requires that presidential preference primaries be conducted in accordance with the rules of the two major political parties – and the SCGOP’s rule unambiguously called for a primary to be held in 2020.

I slammed Newman’s ruling at the time as being “not only wrong” but “demonstrably false.”

Frankly, I think the same thing can be said of this ruling …

If state lawmakers are going to entrust “Republican” and Democratic party leaders in the Palmetto State with control over the vital levers of our electoral process, then at the very least each party ought to be required to live up to its own rules. Otherwise, lawmakers should strip them of this authority and memorialize electoral requirements within the state code.

The Jamal Sutherland Case: Charleston, South Carolina Is About To Erupt