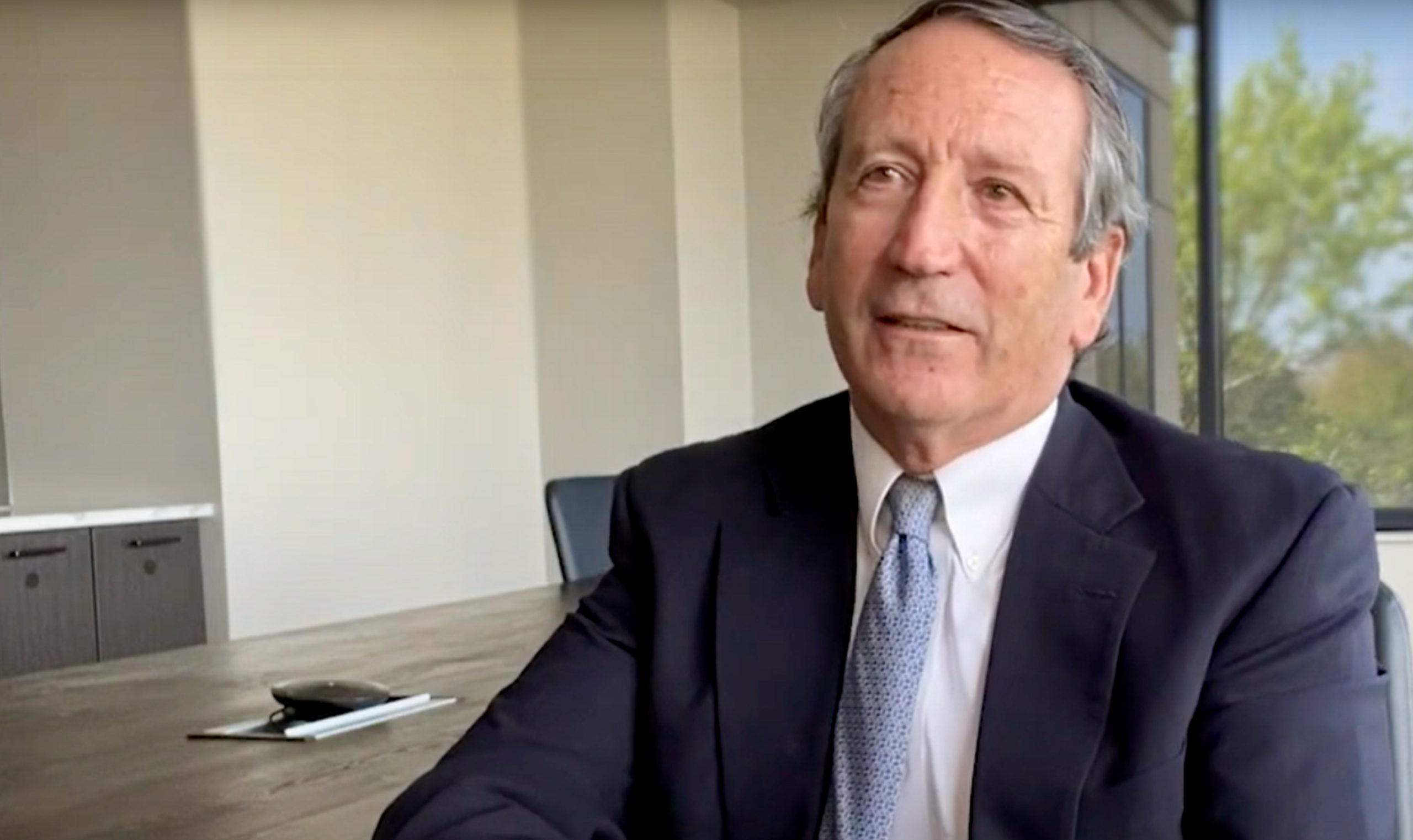 The last I heard of former South Carolina governor Mark Sanford, the 60-year-old ex-politician had joined a Florida-based lobbying firm. That’s right: The politician who once railed against the evils of special interests is now representing them.

I couldn’t say I was surprised, though … seeing as Sanford basically wound up becoming everything he purported to loathe during his disappointing political career.

I have previously excoriated Sanford (my one-time employer) as a “definitional hypocrite” on the fiscal issues to which he proclaimed fidelity – slamming him in no uncertain terms for his allegiance to the status quo in Washington, D.C. during his second turn in the U.S. congress from 2013-2019.

“Seriously … are we to take instruction on fiscal matters from a guy who voted for liberal former U.S. speaker John Boehner?” I noted a few years back. “And then insisted Jesus made him do it?“

Sanford, readers will recall, sought the American presidency in 2020 – but his candidacy never got off the ground. Over a decade earlier he was a legitimate presidential contender – but that was before he pulled off one of the most infamous implosions in American political history.


What could have been … right? That is the legacy of Mark Sanford. Which makes this “imperfect messenger” the perfect messenger for the new neoconservative front group he has joined.

Anyway … earlier this month Sanford joined forces with 150 self-labeled “Republicans” organized by Evan McMullin, the former Central Intelligence Agency (CIA) operative who has positioned himself as the leader of the GOP “resistance” to former U.S. president Donald Trump. The group released a document entitled “A Call For American Renewal” in which its members vowed “to either reimagine a party dedicated to our founding ideals or else hasten the creation of such an alternative.”

“When in our democratic republic, forces of conspiracy, division, and despotism arise, it is the patriotic duty of citizens to act collectively in defense of liberty and justice,” the group noted, clearly referencing Trump and his supporters.

The impetus for this letter? Last week’s removal of warmongering congresswoman Liz Cheney of Wyoming from her leadership post in House GOP caucus. Cheney was stripped of her role in no small part because she was one of ten “Republican” lawmakers who voted to impeach Trump for allegedly inciting the mob violence that went down at the U.S. capitol on January 6, 2021.

As I noted over the weekend, Cheney has become Trump’s top target for defeat in the 2022 Republican primary elections – and the vote to oust her from her leadership position within the GOP caucus was widely viewed as a “litmus test” of support for the former president.

I have never thought much of Cheney (or her famous father), so the fact this organization is coalescing in her defense is a red flag – signifying that its flowery language is likely cover for some other, more sinister motive.

Among the other leaders of this group? Miles Taylor – a Deep State operative like McMullin who is best known for penning the anonymous “resistance” oped that rocked the Trump administration back in 2018.

“I’m one of those in the group that feels very strongly that if we can’t get the GOP back to a rational party that supports free minds, free markets, and free people, I’m out and a lot of people are coming with me,” Taylor told The New York Times last week.


I hate to point out the obvious here, but … since when did establishment “Republicans” stand for any of those things?

In fact, wasn’t the root populism that fueled Trump’s 2016 rise driven in no small part by the GOP establishment habitually turning its back on “free minds, free markets and free people?”

Or to put it another way, had the GOP truly been advancing these ideals all along … would Trump have found any oxygen in his bid to challenge the party establishment?

Seriously … the party of domestic spying, endless war and corporate cronyism is not the party of “free minds, free markets and free people.” Nor, for that matter, is this hoity-toity assemblage of GOP also-rans and Deep State puppeteers seeking to slap a new label and some highfalutin lingo on the same old bullshit that spawned Trump in the first place.

To be clear: I am not defending the former president. He caved over and over again to the fiscal liberals of both parties in Washington, D.C. That is one reason I declined to vote for him (and declined to endorse him) in the last presidential election. But Trump’s failures do not mean “Republicans” should revert to the failed politicians who preceded him.