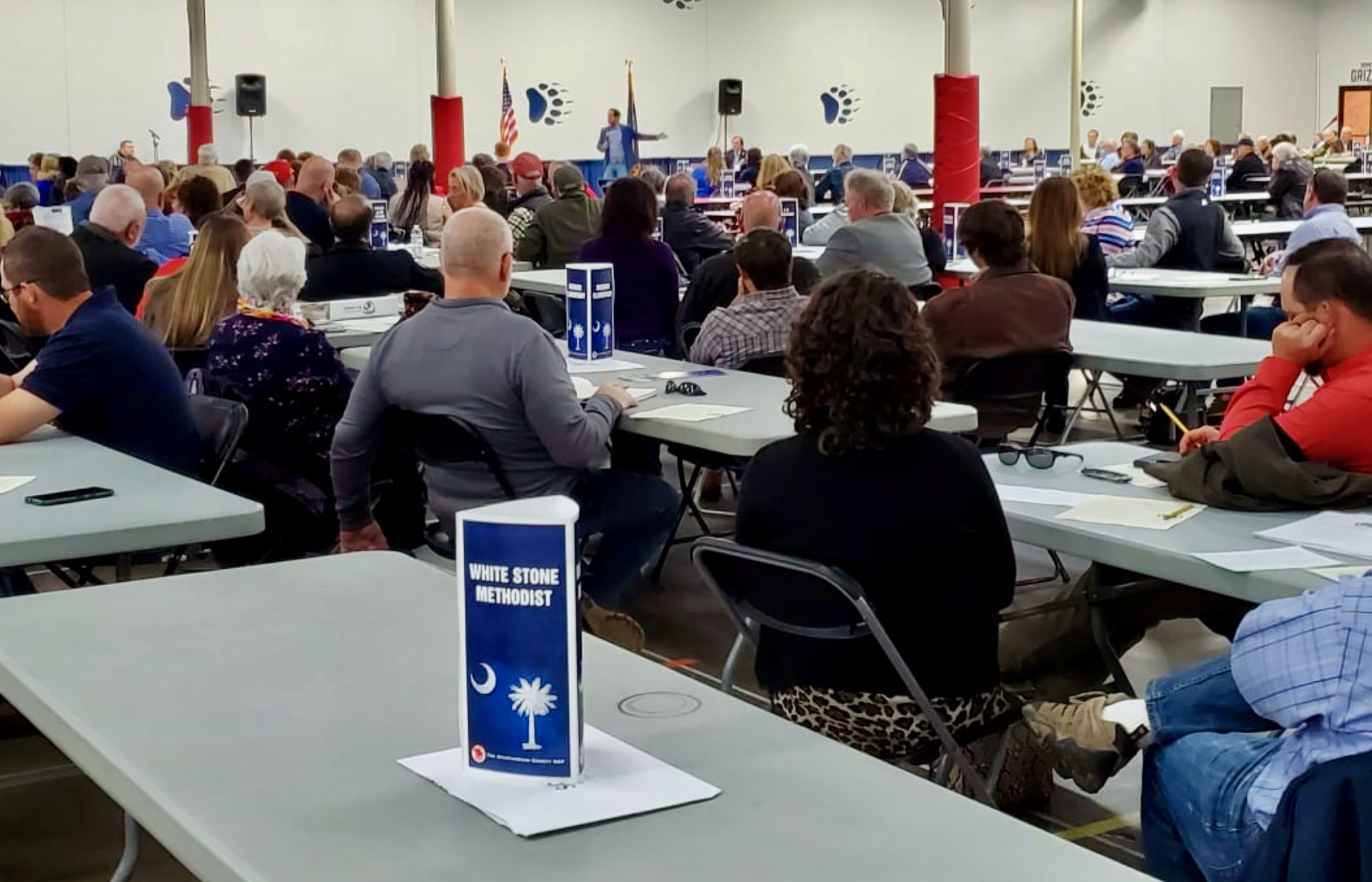 One of the root perceptions at the South Carolina State House is that Republican voters who live outside of the service area of Santee Cooper – the state’s debt-addled, atrociously managed electric utility – do not care what becomes of this anti-competitive albatross. According to this theory, these voters do not care if the state-run monopoly – which plunged South Carolina ratepayers $10 billion in the hole four years ago during the NukeGate debacle – is allowed to continue amassing red ink (and raising rates on consumers to pay for it).

Is this perception accurate?

Not in Spartanburg county ….

On Saturday, the party faithful in this GOP stronghold overwhelmingly approved a resolution calling on local legislative leaders to “sell Santee Cooper and get (its) debt off the back of the taxpayers, their children and grandchildren.”


The resolution proceeded to blast Santee Cooper for its starring role in the NukeGate disaster and for its ongoing “lack of transparency.” The latter of which … is putting it charitably.

According to a roll call vote (.pdf) provided to this news outlet, this resolution passed by a staggering 304-35 vote at the Spartanburg county GOP convention on Saturday.

One Spartanburg senator – newly elected Josh Kimbrell – is a staunch proponent of selling Santee Cooper. At a recent hearing on a so-called “reform” bill, Kimbrell grilled the utility’s tone deaf executives for their ongoing negligence – drawing praise from our founding editor Will Folks.

Rankin has been doing everything he can to block the privatization of Santee Cooper as part of a personal vendetta against one of the companies looking to buy it – and Talley’s vote was decisive in helping him continue that vendetta.

Not surprisingly, Talley’s supporters were unhappy …

“I’m pretty pissed at him,” one Upstate conservative politico told us in the aftermath of Talley’s vote, telling us the lawyer-legislator had previously sent mixed signals to constituents about his views on Santee Cooper.

Wait … “Republicans” saying one thing and doing another? Say it ain’t so …


Such duplicitousness “makes my blood boil,” the politico added.

We will continue to keep tabs on this issue as it comes to a head at the S.C. State House this month, but any Upstate Republicans who think their core supporters aren’t closely following what happens with regard to Santee Cooper are clearly mistaken.

Rank-and-file GOP primary voters clearly want Santee Cooper privatized – which is consistent with where the party should have been on this issue from the very beginning. It is also consistent with where our founding editor was more than thirteen years ago when he first proposed offloading this entity and getting government out of the electricity generation business …