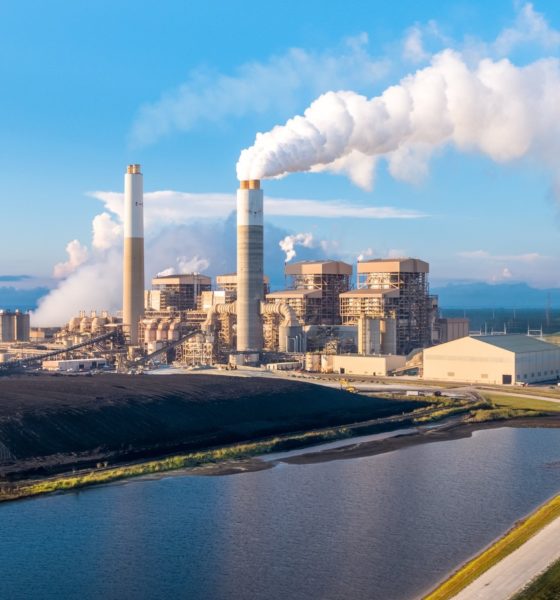 Raising debt while running out the clock … is that “reform?”

What sort of changes are we talking about?

If you missed them, you are excused … because to be honest, they are so inconsequential it is difficult to pick them up.

As we noted yesterday, Rankin’s bill includes next-to-nothing in the way of real reform. In fact, its only significant change is to reward the political appointees of this abysmally managed, debt-ridden agency by giving them access to taxpayer-funded health care.

You know … the same health care benefits Santee Cooper board members had been receiving extra-legally for years.

“Steal from the store … get store credit,” we noted yesterday.

Typical of a “rogue agency.”

Or to put it another way … this is more of the same rewarding of failure that has become par for the course in the Palmetto State. Especially Santee Cooper.


Santee Cooper’s failure is unprecedented, though – even by South Carolina standards. Its starring role in the NukeGate fiasco – the botched construction of a pair of since-abandoned nuclear reactors in Jenkinsville, S.C. – wound up setting Palmetto State taxpayers and ratepayers back by more than $10 billion (and counting).

Only in a state like South Carolina, though, does a lawmaker who led the charge for the NukeGate debacle – Senate judiciary chairman Luke Rankin – somehow appropriate unto himself responsibility for cleaning up the mess he created.

Seriously? This guy sponsored legislation which socialized more than $2 billion of investment risk associated with this project on the backs of ratepayers. Then he sat back in his “oversight” role while that money was wasted – and while Santee Cooper accumulated billions of dollars in debt and raised rates on its customers to subsidize the construction of these unfinished reactors.

And Rankin is the “reformer?” Please …

Not surprisingly, there is absolutely nothing in Rankin’s “reform” bill which does anything to clean up this multi-billion dollar mess. Specifically, there is nothing in the legislation which addresses Santee Cooper’s debt … which continues to escalate as its financial position deteriorates.

And even if Rankin’s bill contained real structural changes to the utility’s politically appointed board – which it doesn’t – no amount of tinkering around those edges is going to address the rising red ink.

“Reform does not pay off the debt,” one observer noted bluntly. “And there has been no discussion of the adverse impact to Santee Cooper’s customers.”

Indeed there has not …

As we have previously reported, all of the assumptions associated with Santee Cooper’s “reform” plan have gone up in smoke. Literally. Meaning the only way the utility will be able to pay the piper is through higher energy prices on its customers.

Since there is no hope of real “reform,” then … we have to start asking ourselves, what is Rankin’s bill really about?

Based on the most recent legislative hearing, it seems as though this legislation is all about buying additional time for Santee Cooper – thus enabling the utility to rack up even more debt in an effort to make it as unappetizing as possible to potential suitors.

“Santee Cooper continues to stall,” a source tracking the debate told us.


Rankin appears to be “in” on the delaying tactics, too. At this week’s subcommittee hearing, lawmakers were forced to wait for approximately 20 minutes while their chairman struggled to locate the most recent version of his own “reform” bill. Once the correct version was finally found, the committee spent the next hour debating its trivialities – including the seating position of a pair of proposed non-voting board members.

Santee Cooper also laid the groundwork for additional stalling by claiming it needed to hire “regulatory counsel” to study some of the bill’s proposals – even though it has a state-guaranteed monopoly and is not subject to the same regulations as investor-owned utilities.

Can South Carolina afford to let Rankin and Santee Cooper stall? No. With each passing day, its tidal wave of red ink threatens to bring the dam of sustainability crashing down on the state … creating a nightmare scenario for taxpayers, Santee Cooper ratepayers and the industrial customers compelled to rely upon the state-owned utility’s costly power.

Accordingly, we will say what we have been saying for the past thirteen years … lawmakers have no choice but to offload this anti-competitive albatross to the private sector.