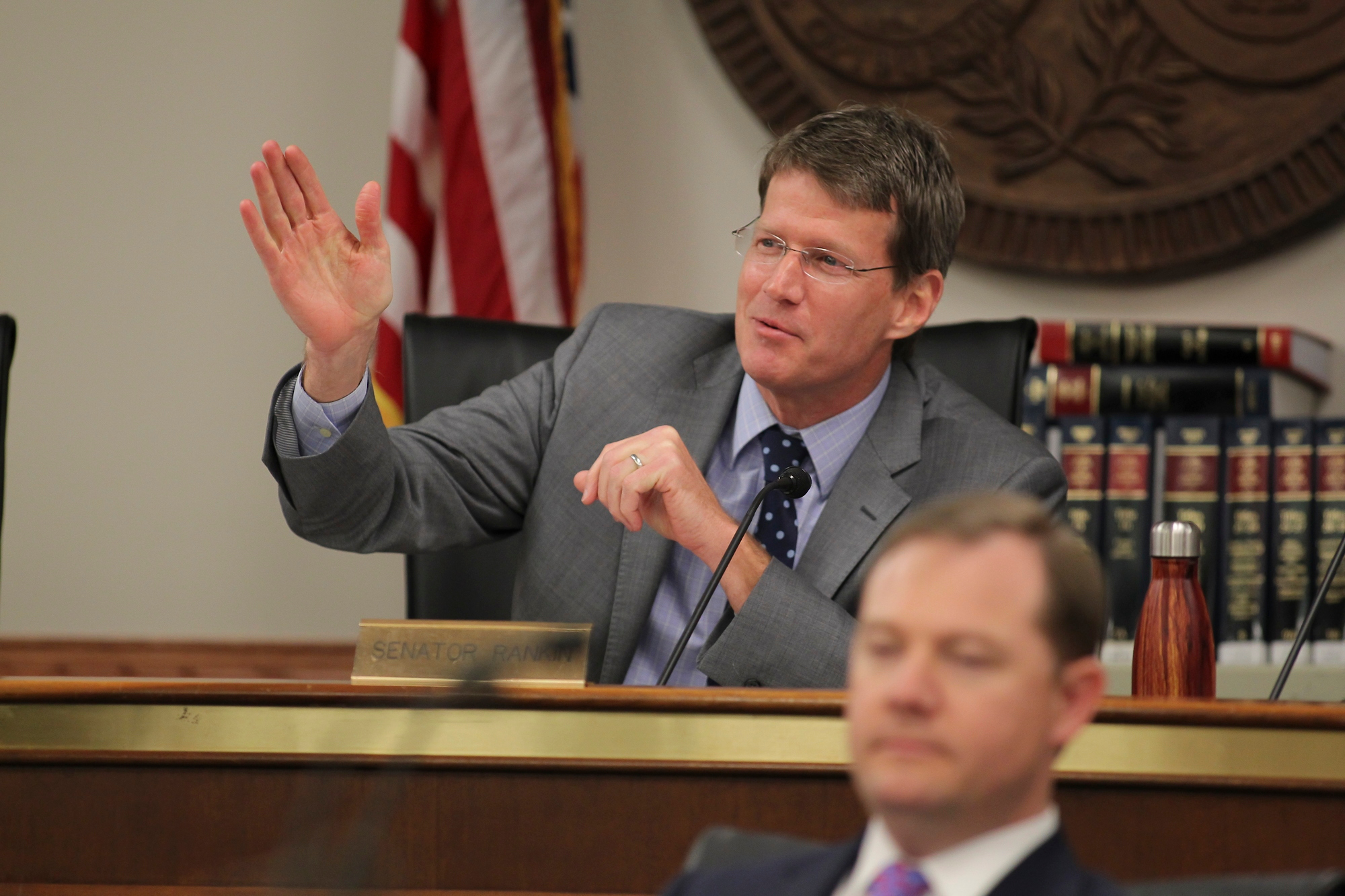 South Carolina Senate judiciary chairman Luke Rankin filed a proposed joint resolution this week demanding that a private company fork over reams of documents. According to Rankin, the documents are “deemed to be relevant and necessary” to his committee’s consideration of its offer to purchase a chronically mismanaged, debt-riddled state-owned utility.

Of course, when it comes to the proceeds of a local tax hike reauthorization he pushed through the legislative five years ago, there remains absolutely no transparency or accountability.

Same goes for the billions of dollars he and his fellow lawmakers have doled out to select corporations as part of the state’s failed crony capitalist approach to “economic development.”

More on all that in a moment, though …

First, Rankin’s bill – S. 475 – would compel Florida-based NextEra Energy to give his committee virtually every piece of paper or electronic communication in the company’s possession related to South Carolina’s government-run power provider Santee Cooper dating back to July 31, 2017.

As expected, NextEra is having none of it …

The abandoned construction of two next-generation reactors at the V.C. Summer nuclear power generating station in Jenkinsville, S.C. was a collaboration of Santee Cooper and crony capitalist utility SCANA – which has since been purchased by Virginia-based Dominion Energy.

Egged on by state lawmakers (once again, led by Rankin), Santee Cooper raised rates on its consumers and ran up billions of dollars in debt to finance the reactors. Not only that, a bill sponsored by Rankin allowed SCANA to socialize more than $2 billion of its investment risk related to the project.

Meanwhile, Santee Cooper tried to raise rates on its customers just one week before pulling the plug on the project … only to have it disclosed months later that its executives knew the reactors were doomed years earlier.

Santee Cooper leaders claim they can address this tidal wave of red ink via a “reform” plan – championed by Rankin, of course – however, as we have documented over the course of the past year, nearly all of the assumptions associated with this plan have crumbled.

As a result, Santee Cooper now finds itself squarely on the chopping block … with NextEra having submitted the top bid to purchase the utility last February. According to our sources, the votes are there in the S.C. General Assembly to sell Santee Cooper – especially in light of revised Senate rules.

Hence Rankin’s gambit on behalf of the utility …


Yet while Rankin tries to force a private company to comply with his draconian disclosure demands – arguing it would be a “show of bad faith” if NextEra failed to produce the requested documents – it is worth pointing out a vastly different disclosure standard exists for quasi-government entities in South Carolina.

To recap: In 2016, Rankin led the charge to reauthorize a controversial 2009 municipal tax hike in Myrtle Beach, S.C. This legislation not only extended a dubious “tourism tax” through 2029, it stripped local citizens of their right to vote on the tax increase for the next decade-and-a-half.

S.C. governor Nikki Haley rightfully vetoed this measure (a rare show of fiscal conservatism on her part), but Rankin led the legislative push to override her veto – and the tax hike reauthorization became law.

Why is this so important?

Well, this particular tax hike routes a stream of taxpayer funds directly into the coffers of the ethically challenged Myrtle Beach Area Chamber of Commerce (MBACC) – one of Rankin’s strongest institutional allies along the Grand Strand.

Since the chamber receives a direct appropriation of tax dollars, surely it is subject to the state’s Freedom of Information Act (FOIA) laws … right? In other words, if local taxpayers want to know how their money is being spent, the chamber has an obligation to tell them … right?

As the S.C. supreme court concluded in a high-profile case two-and-a-half years ago, lawmakers do not consider these entities to be public bodies – even though they receive direct taxpayer appropriations.

“While (chambers of commerce) technically expend public funds, we are firmly persuaded that the General Assembly did not intend (for them) to be considered a public body for FOIA purposes based upon receipt and expenditure of accommodation tax funds,” a majority of justices ruled in that case.

Nor, incidentally, do lawmakers require anything resembling the level of disclosure sought from NextEra when they give away billions of tax dollars to wealthy corporations as part of the state’s demonstrably failed crony capitalist approach to “economic development.”

In fact, such agreements are usually conducted in secret.

Oh, one more thing … did Rankin demand this level of disclosure when he was leading the charge to give SCANA $2 billion of ratepayer money?

Surely he called for the same level of “transparency” from that private company, right?

You can guess the answer … of course not.

Not only did Rankin give them the money, he presided over it being pissed away as a member of the regulatory committee that was supposed to be watching out for ratepayers during the NukeGate debacle.

Again, let’s call this whole charade what it is … a hypocritical vendetta. One being waged by a politician who is desperate to keep the focus off of a failed utility that has been mired in scandal after scandal in recent months.

Once again, our view on Santee Cooper has remained unchanged for the past thirteen years, which is when we first called on state lawmakers to sell the utility “with all profits accruing to the general fund.” Had lawmakers done what we suggested at the time, the state would still be reaping the rewards – and would have never accumulated billions of dollars in NukeGate-related debt.

Instead they listened to Rankin …

Bottom line? Lawmakers have a once-in-a-generation opportunity to offload an anti-competitive albatross to the private sector – getting the state out of a business it should have never been in to begin with.

Will they finally listen? Or is Rankin’s transparent hypocrisy going to rule the day?