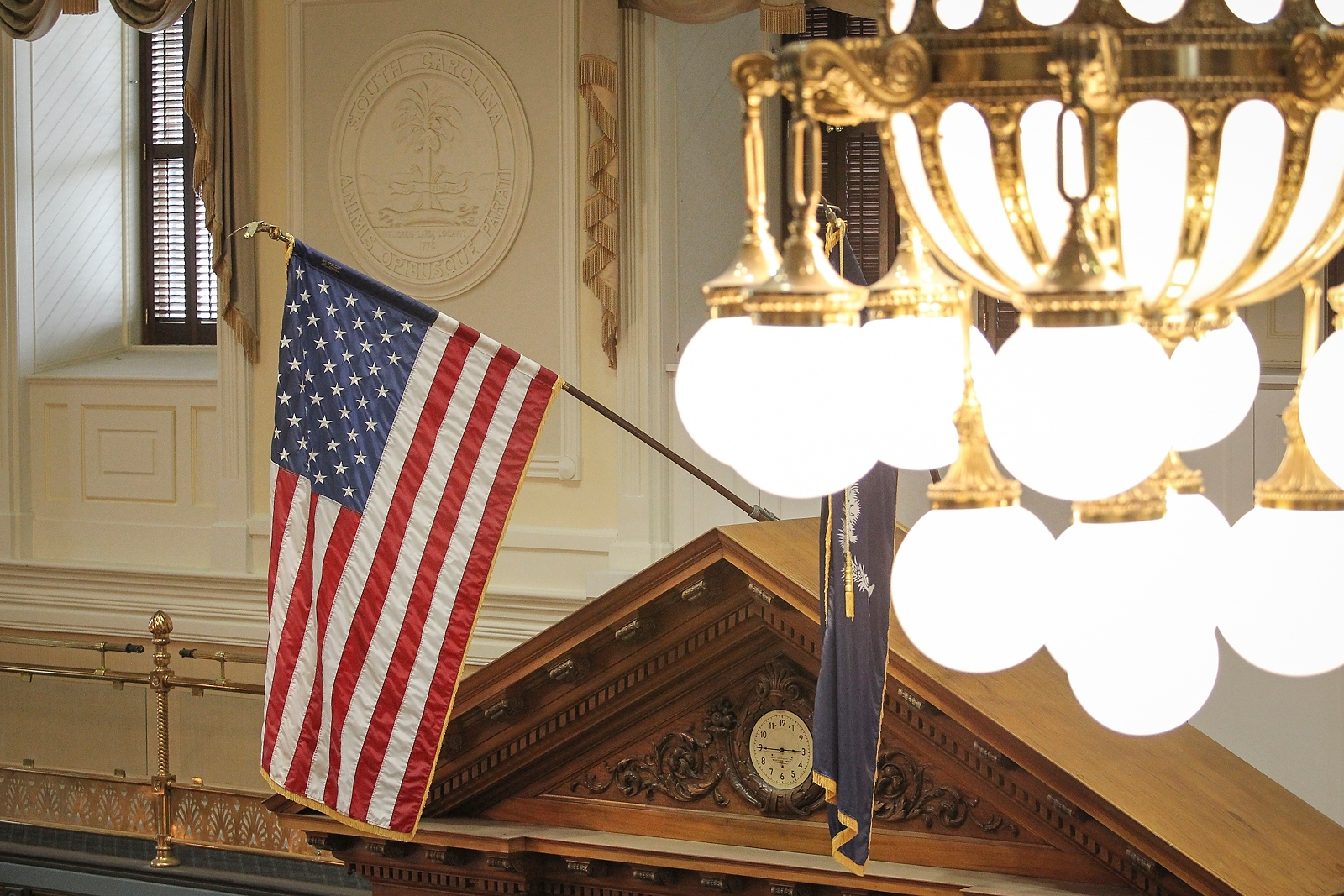 Back in the fall, this news outlet reported on efforts by South Carolina Senate judiciary committee chairman Luke Rankin to exact revenge on those who opposed him during his June 2020 primary election.

Rankin – a “former” Democrat who was recently named the most liberal member of the S.C. General Assembly – defeated GOP challenger John Gallman in a runoff election six months ago to win his eighth four-year term representing S.C. Senate District 33 (.pdf).

Rankin has been on the warpath against those who opposed him, too. Not without some success, either.

“The drama between Rankin and his list of enemies is only just beginning … with a ‘major offensive’ planned for the start of the new year,” we wrote back in October.

Rankin got a jump start on that offensive yesterday, launching a broadside against Florida-based utility NextEra Energy – the nation’s largest energy company. NextEra submitted the top offer last February to purchase the Palmetto State’s atrociously government-run utility Santee Cooper – which helped plunge South Carolina taxpayers billions of dollars in debt thanks to its involvement in the now-notorious NukeGate fiasco.

With Rankin serving as enabler-in-chief, Santee Cooper and its crony capitalist partner SCANA were allowed to raise energy rates on South Carolina consumers as they constructed a pair of next-generation pressurized water reactors at the V.C. Summer nuclear power generating station in Fairfield county. These reactors were supposed to come online in 2016 and 2017, respectively.

That never happened, though. Despite a massive cash outlay, the project was abandoned on July 31, 2017 with the reactors only half-completed – leaving ratepayers holding the bag to the tune of $10 billion. Shortly thereafter it was revealed SCANA and Santee Cooper executives knew the project was doomed – but lied to regulators and the public to keep the gravy train rolling.

One former SCANA executive has already pleaded guilty to criminal charges related to the deception, and the company’s former chief executive officer – Kevin Marsh – is expected to plead guilty imminently.

In addition to lying to the public, Santee Cooper also misled its investors related to this project – the collapse of which has caused the state-owned utility’s debt to soar to nearly $7.5 billion.

Santee Cooper leaders have argued they can address this tidal wave of red ink through a “reform” plan – however, as we have documented over the course of the past year, nearly all of the assumptions associated with this plan have crumbled.

Where does Rankin fit in with this fiasco? Everywhere …

First, Rankin was a lead sponsor of the constitutionally dubious “Base Load Review Act” – which put Palmetto State ratepayers on the hook for billions of dollars in construction costs related to NukeGate.

In addition to socializing the investment risk for this failed project, Rankin was (and is) a member of the state’s Public Utility Review Commission (PURC) – which was supposed to protect consumers by overseeing the political appointees chosen to regulate the energy industry (and specifically the V.C. Summer project).

Clearly it failed to do so …

Additionally, Rankin was (and is) on the panel responsible for screening appointments to Santee Cooper’s governing board … a subject we will address in a bit more detail momentarily.

In other words, not only did Rankin spearhead this command economic disaster – he was one of a handful of lawmakers who shepherded it through the legislative and regulatory oversight process (a process Santee Cooper continues to abuse, by the way).

Incredibly, when NukeGate imploded in July 2017 Rankin somehow wound up on the panel tasked with “investigating” the disaster.


We were bluntly critical of his appointment at the time, noting that “the goal of this legislative charade isn’t to find the truth, it’s to continue covering it up.”

This week, Rankin launched a last-ditch bid aimed at preventing Santee Cooper from being offloaded to the private sector – initiating an investigation into NextEra that he hopes will uncover the extent to which the Juno Beach-based company has hired lobbyists and political strategists to advance its agenda.

The motivation behind this inquiry is crystal clear: Rankin is desperate to take the focus off of Santee Cooper, which has found itself mired in scandal after scandal in recent months – earning the ire of a growing number of legislative leaders in the process.

Rankin also wants to shift the public’s focus away from Santee Cooper’s own lobbyist issues … and the costs they continue to heap on taxpayers and ratepayers.

Most importantly, though, Rankin is hoping this investigation will cause lawmakers to ignore the fact that Santee Cooper’s so-called “reform plan” has collapsed.

That is what this is ultimately about …

Rankin and Santee Cooper should tread carefully, though.

Beyond the breathtaking hypocrisy associated with their starring roles in this ongoing, multi-billion dollar command economic disaster – and the unmitigated gall they are displaying by presuming they should have anything to do with the future management of this now-toxic asset – Rankin and his Santee Cooper allies could be opening themselves up to more specific problems.

For starters, Rankin allegedly has personal financial ties to at least one Santee Cooper board member – exactly the sort of entanglement his panel is ostensibly intended to uncover.

Also, Santee Cooper board chairman Dan Ray has contributed the maximum amount allowable under state law to Rankin and at least two other members of his subcommittee – Larry Grooms and Stephen Goldfinch (both apologists for the beleaguered utility).

That’s right … Ray has made campaign donations to the very lawmakers tasked with overseeing his agency (and for that matter his nomination as a board member). And in donating to Rankin, the Santee Cooper leader has lined the pockets of a lawmaker who sits on the committee that oversees his entire industry.

Seriously … and these government-subsidized goons have the audacity to suggest that others deserve scrutiny?

As was the case following the NukeGate implosion three-and-a-half years ago, it seems to us Rankin is the one who needs to be investigated … not the one doing the investigating.


Which brings us to our final point: Sources familiar with yesterday’s hearing in Columbia, S.C. tell us there is serious concern among Rankin’s allies that his vendetta against NextEra will open the door to unwelcome scrutiny of their own financial activities.

“Nobody wants this fight,” one state senator told us, citing a half-dozen lawmakers who allegedly have direct ties to specific energy industry interests.

Rankin’s investigation could easily open a Pandora’s Box of problems for numerous state lawmakers … including several he is counting on to vote with him on Santee Cooper-related issues.

Another lawmaker from the coastal region of the state told us that multiple interests which supported Rankin’s reelection in 2020 were seriously concerned about the line of inquiry he was opening.

“This sword cuts both ways,” the senator said.

Stay tuned … it sounds like things are about to get very interesting in the South Carolina capitol.

Our view? It has remained unchanged for nearly thirteen years – which is when we first began advocating for South Carolina to remove itself from the power generation business by divesting itself of Santee Cooper “with all profits accruing to the general fund.”