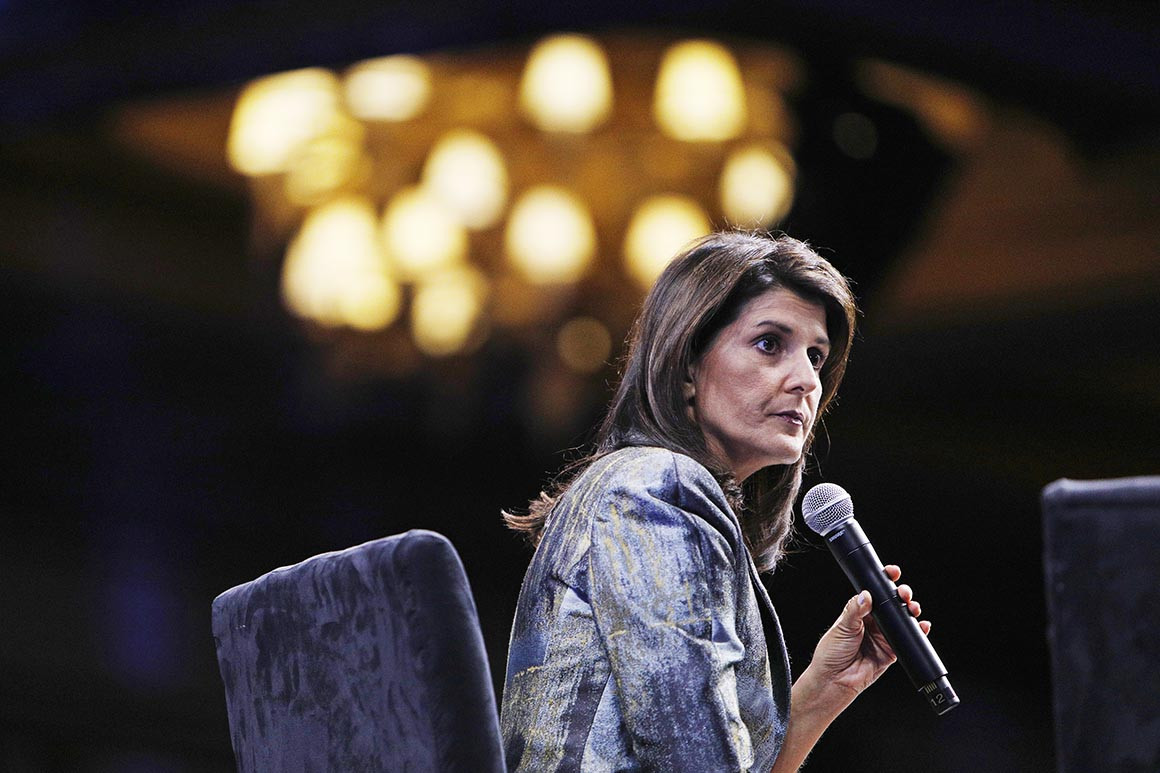 The last time I checked in on her, former United Nations ambassador/ South Carolina governor Nikki Haley was attempting to arrest her implosion as a 2024 presidential frontrunner via some clever(ish) vice presidential maneuvering.

Was it working? Not really … but as I have often told (warned?) national observers, never count Haley out.

“She got that ambition, baby,” as Kayne West would say.

Indeed. Haley also has racial/ gender identity politics and some serious financial backing filling her sails… although it’s not a stretch to say she has done her level best over the last few months to needlessly torpedo her myriad electoral advantages.

“Her attempts to ingratiate herself with the Trump crowd while simultaneously denouncing Trump himself and then changing her mind and embracing him show a woman with no inherent loyalty to anyone,” noted one recent recap I read.

That pretty much sums it up …


As I noted earlier this month, the root of Haley’s recent political troubles lie with her ongoing inconsistency regarding Donald Trump. In the aftermath of the bloody rioting at the U.S. capitol on January 6, 2021, Haley calculated Republican voters would abandon their leader. That clearly did not happen. In the days that followed, her strategists obviously got the memo and Haley quickly changed her tune regarding Trump. Several old quotes came back to bite her, though.

Then, when Haley sought an audience with the former president in the hopes of explaining those old quotes, she was rebuffed.

“Throughout this Trump two-step, a root perception began to take hold … namely that Haley would say or do anything to in order score political points,” I noted. “Basically, people started to realize there was no ‘organizing principle’ to her politics – no primum mobile other than her own advancement.”

Oh, and this perception has been previously embraced by those who follow presidential politics closely … on the left, middle and right.

Fast-forward to this week … when reporters for Politico spied Haley in Miami, Florida holding court with the city’s GOP mayor, Francis X. Suarez.

“The sit-down was arranged with the explicit goal of allowing Haley to gauge the 43-year-old Republican as a potential running mate in 2024,” the Politico report noted.

Wait … what? A potential running mate for … president? Of the United States?

Let me see if I’ve got this straight: Haley is interviewing prospective vice presidential nominees as though she is the titular head of a party that (for the moment, anyway) wants absolutely nothing to do with her. Which is, in fact, a wholly owned subsidiary of the former president she railed against a few short months ago.

Earlier this week, in fact, Trump announced he was “beyond seriously” considering running for the White House again in three years.

In light of all that … I just don’t get it. Is this really how presidential politics works? All you have to do to become a frontrunner for your party’s nomination is to “identify” as one?

Seriously, though … this is either pure aspirational delusion on Haley’s part or one of the most audacious “fake it till you make it” gambits I have ever seen in professional politics. Or … maybe it’s a little bit of both.

“This is the political version of the late nineties dot-com ‘if we build it, customers will come,’ strategy,” my good friend D.C. Operative told me upon reading the Politico report. “Haley’s pretending her campaign is winning and therefore voters will somehow just follow.  The only thing she is missing before everything blows up is a television commercial featuring her discussing Iran with the Pets.com hand puppet.”

Of course, the irony is such a spot would be far more intellectually rigorous than her current “Socialism = Bad,” “China = Bad,” “Trump = ?” campaign planks.

Again, though … as silly as all of this manufactured speculation has become, I don’t ever discount Haley’s potential on the national stage. Her recent missteps may have surrendered some of the “inevitability” associated with her quondam political ascent – but that doesn’t mean she is out of the game.

As I reiterated last month, though, Haley “desperately needs to apply her brazenly transparent political machinations toward a north star that is something other than herself and her own ambition.” And do it soon. Otherwise, I fear the apex of her aspiration will remain in her rearview mirror … along with people’s ability to suspend disbelief as they assess her 2024 vitality.