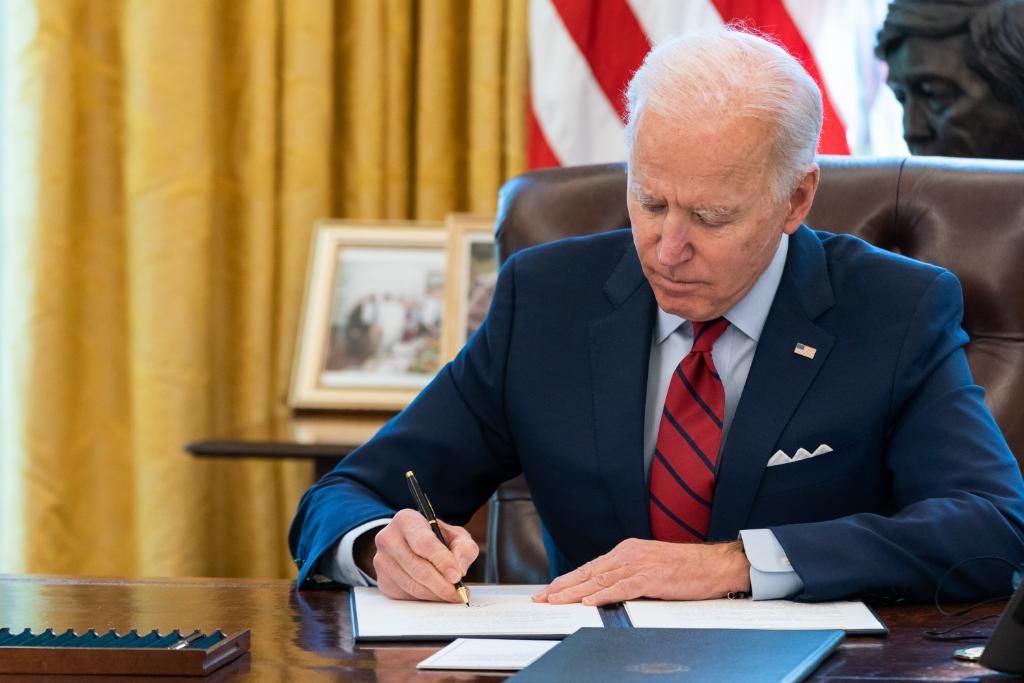 If U.S. president Joe Biden wants to push through his proposed “stimulus” plan, he’s going to need to make the case for its economic necessity. Unfortunately for him, that case just got a lot harder to make thanks to a surprisingly rosy economic report coming out of Washington, D.C.

A new forecast from the Congressional Budget Office (CBO) projected economic growth of 4.6 percent in the United States in 2021 following a 3.5 percent decline last year. Last July, the CBO had called for 4 percent economic growth this year – and a 5.8 percent contraction in 2020.

“CBO currently projects a stronger economy than it did in July 2020, in large part because the downturn was not as severe as expected and because the first stage of the recovery took place sooner and was stronger than expected,” the report noted.

The CBO projections were issued just days after the U.S. Bureau of Economic Analysis (BEA) issued its initial advance estimate for the fourth quarter of 2020. That report revealed 4 percent economic growth during the months of October, November and December as the economy continued to bounce back from the ill effects of the Covid-19 pandemic and its societal shutdowns.

Needless to say, these data points could impact the ongoing debate in our nation’s capital over Biden’s proposed “American Rescue Plan.”


Biden met with ten ostensibly moderate GOP senators this week in an attempt to sell them on his $1.9 trillion “stimulus” package. The group of GOP senators who met with Biden – including Mitt Romney of Utah and Susan Collins of Maine – have proposed a smaller $618 billion aid package.

While Biden welcomed these lawmakers into the Oval Office to discuss his bill, Democratic leaders in the U.S. Senate have made it clear they intend to advance the larger “stimulus” package with or without Republican support.

“The work must move forward, preferably with our Republican colleagues but without them if we must,” Senate majority leader Charles Schumer said last week. “Time is of the essence to address this crisis.”

Is it really still a “crisis,” though? Especially in light of the latest data?

Biden certainly thinks so … and doubled down on that language in calling on lawmakers to pass his proposal this week.

“We’re facing an economic crisis brought on by a public health crisis, and we need urgent action to combat both,” Biden tweeted in support of his proposal, calling on congress to “immediately pass” the measure.

Even fiscally moderate Republicans are rejecting that assertion, though – and refusing to support either the Biden plan or the “compromise” advanced by GOP moderates.

“It looks to me like a whole lot more of what we just did,” U.S. senator Pat Toomey of Pennsylvania said earlier this week, referring to a second round of fiscal stimulus approved in late December. “We (just) passed a trillion-dollar spending bill … so why do we need, literally weeks later, to come back and do it all over again? I don’t get that. Most of this money hasn’t even really been spent yet. I just don’t think there’s a good case for redoing this.”

Toomey added that “the economy is in a totally different place than it was in nine months ago, when we were in a free fall,” and that now “we’re in a really strong growth mode.”

Which the latest CBO numbers would seem to reinforce … again, without even factoring in the full benefit of the just-passed second “stimulus.”

Biden’s plan would send $1,400 stimulus checks to individuals making up to $75,000 a year and couples making up to $150,000 a year – a proposal supported by former U.S. president Donald Trump. It would also increase monthly federal unemployment supplements from $300 to $400 per month – and extend these supplemental jobless benefits from mid-March through the end of September.

On the bureaucratic bailout front, the plan would route $350 billion in “emergency” relief to city, state and local governments. Another $170 billion would be sent to government-run schools across the nation – purportedly to assist with “reopening” measures.


Most controversially, Biden’s plan would raise the minimum wage to $15.00 per hour – a sop to the socialist wing of the Democratic party led by U.S. senator Bernie Sanders of Vermont. Meanwhile, $160 billion would be spend on combatting the virus – including a national vaccination program.

Is all of that spending really necessary, though?

After all, the federal government approved a $2.2 trillion Covid-19 relief package last March and another $900 billion relief package in December (the latter of which was referenced by Toomey).

One factor likely driving Biden’s sense of urgency? The need for Democrats to receive their share of credit for America’s impending economic recovery. Without the passage of a new “stimulus” plan, the GOP could make the case that it was Trump and the Republican-controlled U.S. Senate which spearheaded the economic bounce back – not Biden and his Democratic allies.

If Biden and the Democratic majority push their plan through, though, they will be able to make the case that it was their actions which, in fact, “rescued” the nation.